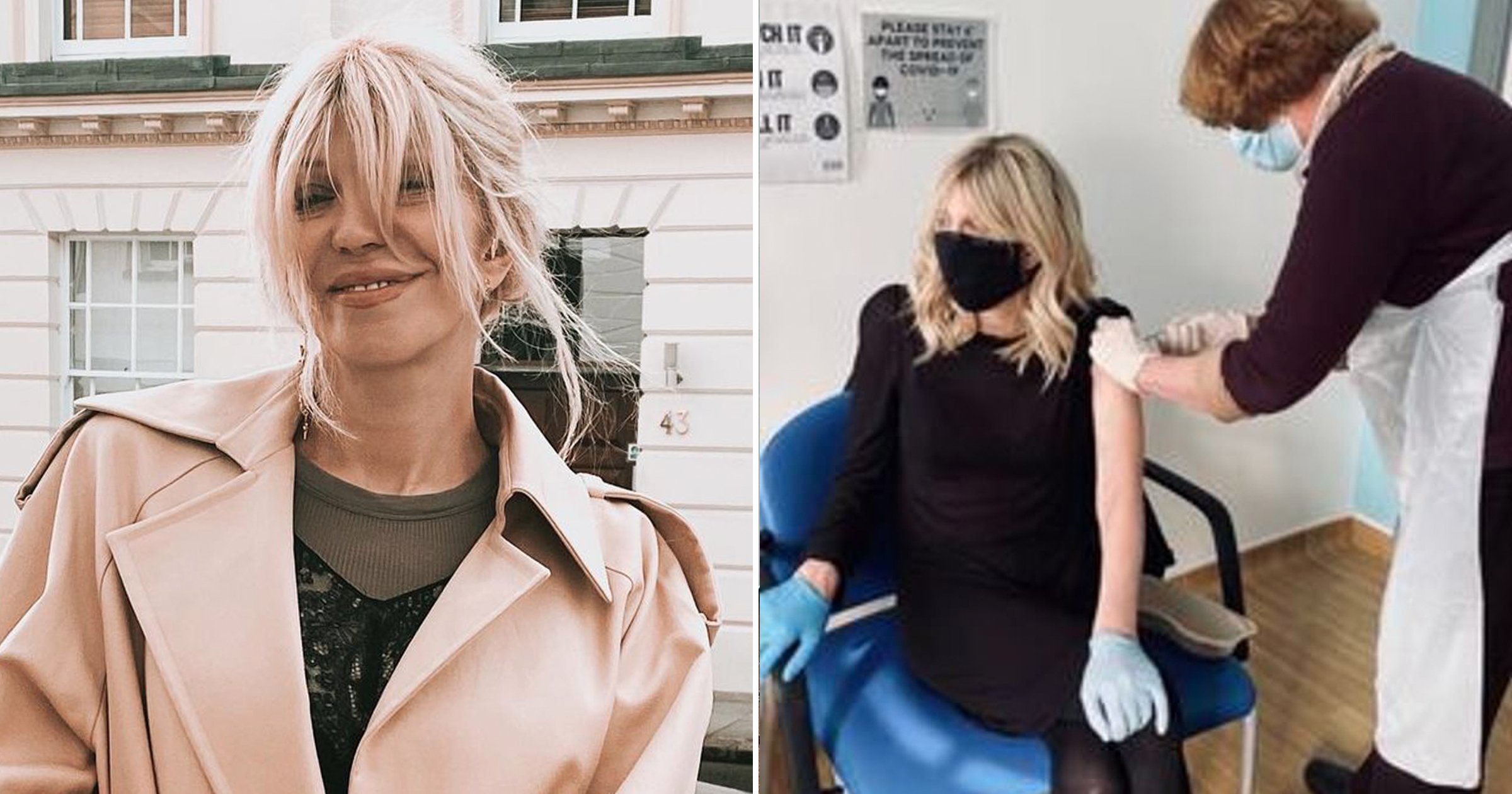 Courtney Love has received her first Covid-19 jab in the UK.

The 56-year-old star – who moved to London from Los Angeles in autumn 2019 – is based in the UK, and she was received the vaccination with the injection currently being offered only to the vulnerable and people over the age of 65.

Courtney shared a photo of herself wearing a mask as she got the jab over the weekend, and wrote on Instagram: ‘Got vax, in Chelsea, thank you @nhsenglandldn (sic)’

A spokesperson for the singer later clarified she was eligible for the vaccine now, rather than waiting like the rest of her 55-59 age bracket, who are expecting to be called up around April.

The representative told the MailOnline: ‘She has an underlying health condition that makes her eligible. She is extremely grateful to the NHS and all the front line workers.’

Thus far, only top priority groups have been called for the vaccination, which includes the elderly, health and social care workers, and those under the age of 70 deemed ‘clinically extremely vulnerable people’.

Meanwhile, reality star Nadia Essex, 39, was also offered the vaccine, but wasn’t sure why due to her age and the fact she doesn’t qualify due to any health issues.

Last week, she tweeted: ‘Just had a stroppy call from my doctors offering the vaccine. When I explained I shouldn’t be this high up the list as no health issues she huffed “well you are on our list, do you want it or not!”

‘I feel bad taking it from someone who needs it though. What to do..? (sic)’

Over 92% voted on her poll suggesting she should take the jab, and she admitted the overwhelming support convinced her to accept the offer.

She added: ‘I am going for it. Thank you all for your advice. Really put my mind at ease and feel less guilty x. (sic)’

She wrote on Instagram: ‘JUST HAD MY VACCINE!! Feel SO grateful. Thought it was a scam message at first as I wasn’t expecting to be called until March!

‘Thank you everybody, staff & volunteers, at the vaccination centre in Walton-on-Thames, Surrey… a quick, well organised and very friendly experience. The jab took seconds and was painless.

‘Thank you @stephanieshervington for being so lovely…. you & your colleagues are doing an amazing job. Another step forward to being able to see my Mum again I hope. (sic)’