Dakota Johnson and Jamie Dornan Have a Surprise '50 Shades' Reunion

Dakota Johnson and Jamie Dornan had a surprise reunion at the Telluride Film Festival in Colorado on Saturday, happily posing for pictures together. The cute reunion marks the first time the Fifty Shades of Grey co-stars have been photographed together since 2018.

Both 31-year-old Johnson and 39-year-old Dornan were promoting their new films at the festival over the weekend. Johnson is starring in The Lost Daughter, which marks Maggie Gyllenhaal’s filmmaking debut, while Dornan’s latest role is in Kenneth Branagh’s Belfast. The two grinned while posing for pictures together, both in casual get-ups. Dornan wore a navy blue T-shirt and pants, while Johnson sported a brown coat, jeans and a pair of black sunglasses. 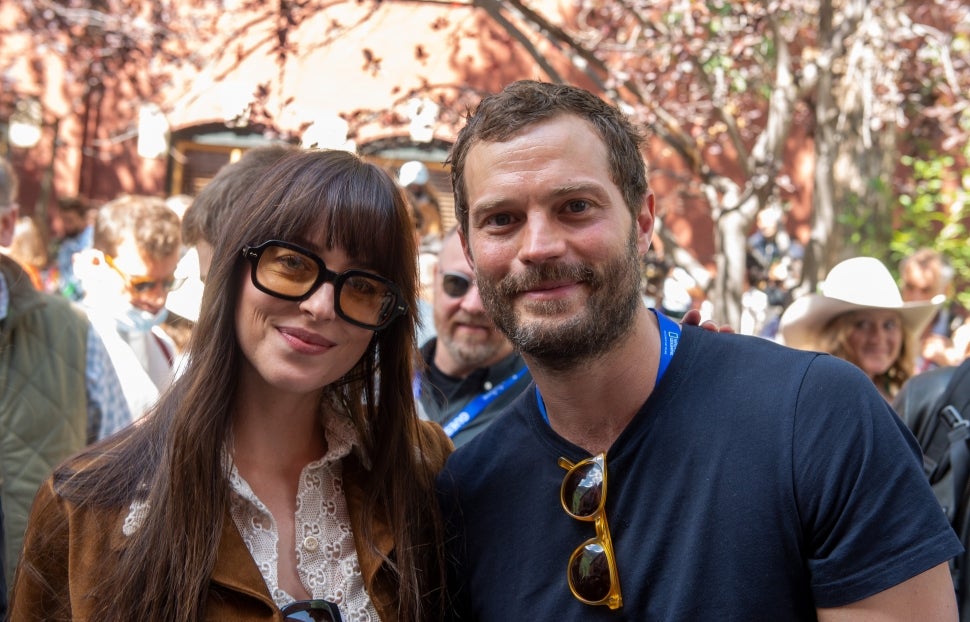 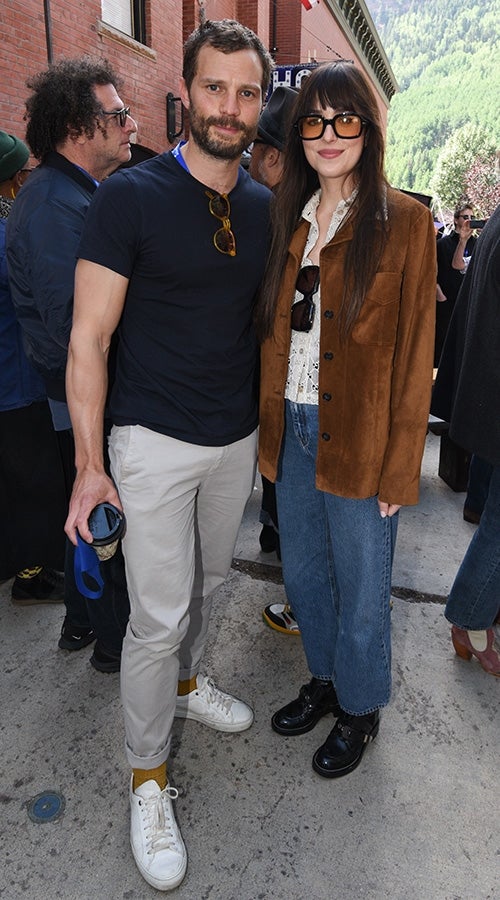 Dornan hasn’t exactly been shy about being uncomfortable with his role as Christian Grey in the Fifty Shades of Grey trilogy. Last December, his Wild Mountain Thyme co-star, Emily Blunt, told ET Dornan said he was happy when she confessed she hadn’t seen the popular films based off of E.L. James’ best-selling books.

“Jamie was quite relieved that I had never seen the Fifty Shades films,” Blunt said. “And I hadn’t read the book. So I just said, ‘I’m so sorry. I’ve never seen those films.’ And he goes, ‘I am very relieved.'”

In 2017, Johnson talked about her off-screen relationship with Dornan with Vogue.

“We hate each other and we’re having an affair, so everybody’s right,” she joked. “How about that?”

“Jamie and I worked so incredibly closely for so long,” she continued. “There were no inhibitions, and it was very honest, very trusting. But I mean, what a gamble! What if he had turned out to be a total d**k?”

Meanwhile, Dornan appeared on Jimmy Kimmel Live! in 2018 and also had nothing but kind words to say about his co-star.

“This is going to sound bad, but it’s almost like brother, sister,” he said. “Because I am married, and she’s had a lot of relationships in the time that we’ve known each other. You just have this sort of mutual love and respect for each other, and I feel like we know each other so well, and intimately.”

Jamie Dornan Says He and 'Fifty Shades' Co-Star Dakota Johnson Are Like Siblings Off Screen!

Jamie Dornan Says He and 'Fifty Shades' Co-Star Dakota Johnson Are Like Siblings Off Screen!