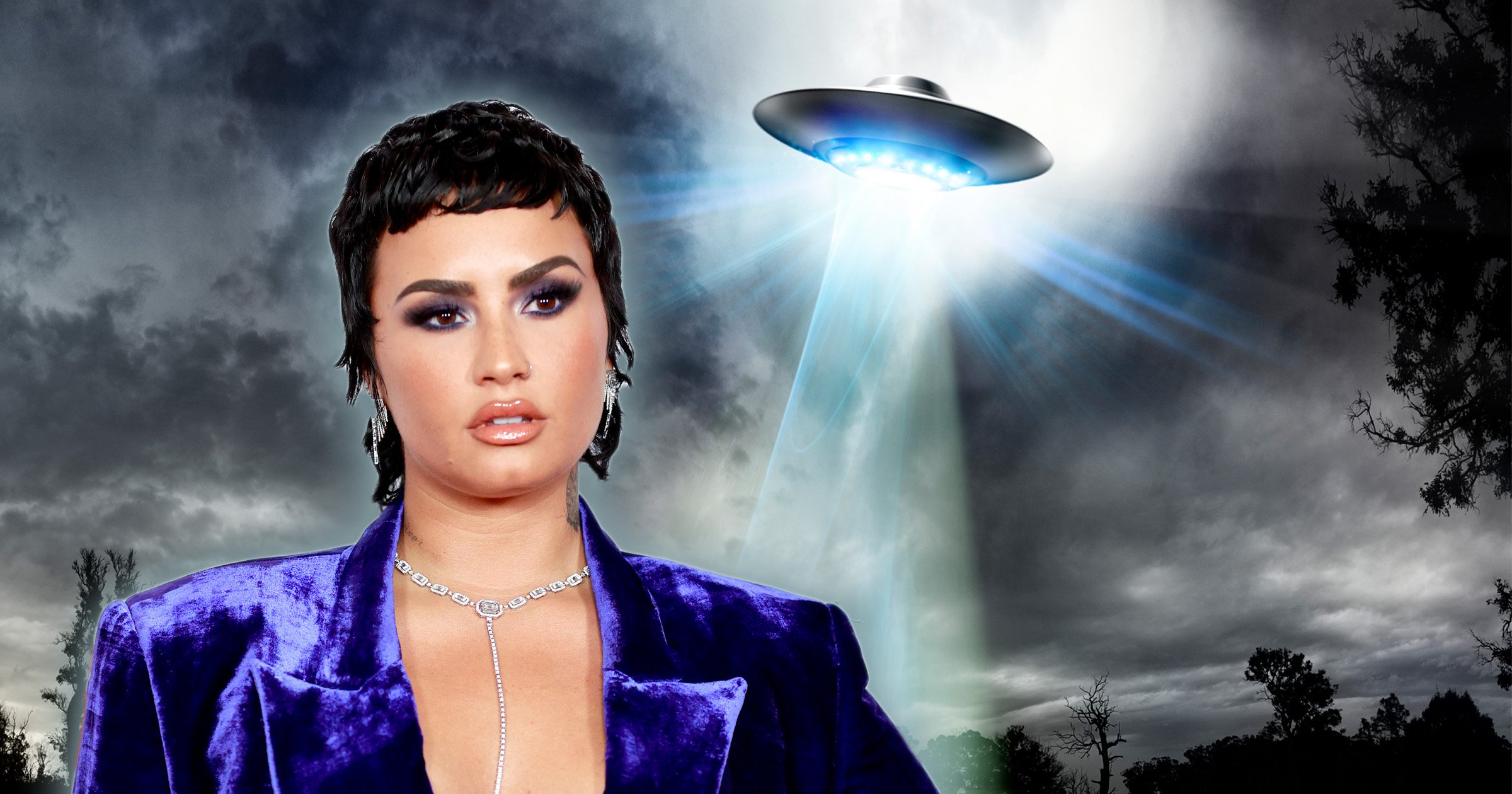 Demi Lovato thinks we need to stop referring to aliens as such because it’s a ‘derogatory term for anything’.

The Sorry Not Sorry singer now refers to UFOs as extra-terrestrials, and thinks we should all do the same.

Demi has launched new series, Unidentified, with their best friend Matthew Scott Montgomery and their sister Dallas, to visit UFO hotspots and try to connect with beings from another realm.

However, the 28-year-old is rethinking their language about aliens.

Speaking to Pedestrian, they said: ‘I think that we have to stop calling them aliens because aliens is a derogatory term for anything. That’s why I like to call them ETs!’

Their comment has received a lot of attention on social media, with many baffled as to why ‘alien’ is a derogatory thing to call an alien.

However, others understood that Demi meant that ‘alien’ is used to describe foreign nationals and undocumented citizens, and one person joked: ‘When aliens come down to take over earth I’m telling you they will spare Demi Lovato and nobody else for this exact reason.’

Demi, who is non-binary, is a big believer in aliens – sorry, extra-terrestrials – and explores their beliefs and what lies outside of Earth in their four-part docuseries on Peacock.

The series, which came out in September, sees Demi, Matthew and Dallas visit the sites of famous UFO abductions and speak to experts about the truth regarding extra-terrestrial life.

Speaking about the show, Demi told Entertainment Weekly: ‘Something happened in every city that we went to, which was really cool. Not necessarily just with UFOs, but there was even paranormal things that happened.’

And in one episode, the former Disney star told Matthew that they made contact with an ET on their 28th birthday.

They said: ‘I had a pretty profound experience on my 28th birthday. I made [alien] contact, and it was a pretty mind-blowing experience. Ever since then, I started to look into this more and I wanted to do a show about it.

‘We were stargazing and we tried to do this protocol where you make contact, and all of a sudden something showed up directly above us in the sky.

‘It was huge lights that made a question mark, almost, in the sky – and then it just like backed out. I realised [then] that my life was probably going to change in a spiritual way, because I have a spiritual connection to this journey as well.’

Demi wasn’t scared by the experience, revealing the encounter brought them ‘overwhelming joy’.

Unidentified is available to stream on Peacock and hayu.