Despite Her Controversies, J.K. Rowling Still Made $60 Million in 2020

Some casual facts for you: not only have the Harry Potter books sold more than 500 million copies, but they’ve also been turned into a massively successful film series, and they’re the inspiration for three whole amusement parks. So yeah, J.K. Rowling is rich. In fact, she’s richer than the Queen of England. The once-beloved and now controversial writer has made an absolute fortune off The Boy Who Lived; she’s currently one of the wealthiest authors in the world. Which, it should be noted, puts her in an enormous position of influence—influence she’s currently using to make hateful and dangerous comments against the trans community.

Unlike her opinions on Twitter, Rowling is extremely private about her personal finances—but here’s everything we managed to rustle up about her vast net worth.

Harry Potter Has Earned Her an Enormous Amount of Money

In 2019, Business Insider reported that Rowling’s book sales totaled over $7.7 billion, while the Harry Potter movies grossed more than $7.7 billion. So…how much of that $$ did she actually get? Let’s assume Rowling earned a standard 10 percent and then do some simple math (so sorry): 10 percent of $7.7 billion is $770 million, multiplied by 2 for books and movie sales = just over $1.5 billion. Cool, so the opposite of shabby. But honestly…that’s not even the main way she earns money from Harry Potter. 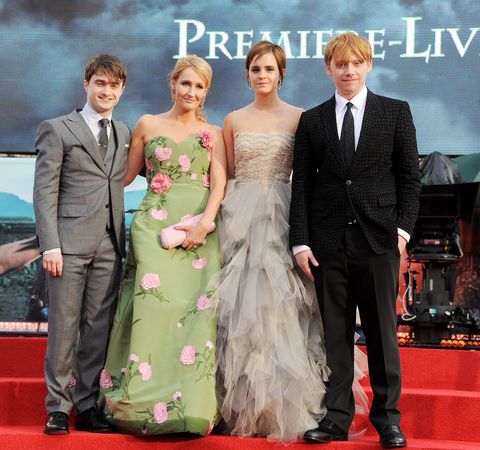 Forbes reports that—despite her astronomical book sales—the primary way Rowling makes Harry Potter money these days is from Universal Studios’ Wizarding World. And even her website Pottermore is a huge earner, bringing in a reported $19 million in revenue in 2016. Meanwhile, Harry Potter and the Cursed Child earned $2.3 million in ticket sales in a single week.

She Made a Whopping $60 Million Last Year

According to Forbes‘ list of 2020’s top earners, Rowling earned $60 million from June 2019 and June 2020—from a combination of book sales and Wizarding World sales. Obviously, this is a huge amount of money, though not as much as she earned in 2017 ($95 million). 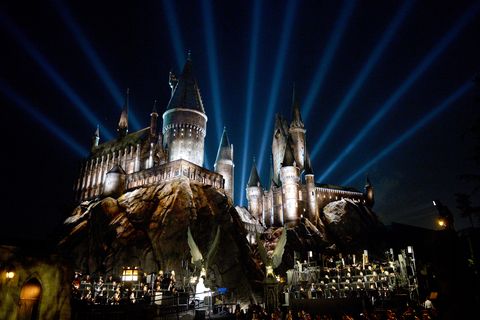 She Was Named the World’s First Billionaire Author

But despite this, Rowling actually denied being a billionaire in 2005, telling Katie Couric “I’ve got plenty of money, more money than I ever dreamed I would have. But I am not a billionaire.”

This is probably because of Rowling’s charitable donations, which actually knocked her off Forbes annual list of billionaires in 2012—with the outlet saying “New information about Rowling’s estimated $160 million in charitable giving combined with Britain’s high tax rates bumped the Harry Potter scribe from our list this year.”

So What’s Her Net Worth Right Now?

Not quite a billion pounds, but just over a billion dollars. The 2020 Sunday Times Rich List put J.K. Rowling’s net worth at £795 million, which is just over $1 billion USD. In other words, she has more money than Gringotts Wizarding Bank would know what to do with. Here’s to hoping she gives most of it away to worthy causes that help marginalized people.