Diane Keaton’s latest look is everything, and the internet can’t get enough of it!

The 75-year-old actress was recently photographed on the set of her new film, Mack & Rita, in Palm Springs, California, wearing a pair of thigh-high snakeskin boots from AKIRA and a white button-down top from Zara. While the outfit may just be for a movie, it’s clearly getting the proper attention it deserves.

After Keaton shared one of the photos from set to her Instagram Stories on Thursday, fans took to social media to react to the fabulous ensemble. Many compared it to Ariana Grande’s signature style, writing things like, “OMG she’s in her Sweetener era,” “The similarities to our 👑  Ari are uncanny,” and “Diane Keaton & Ariana Grande are style twins.” 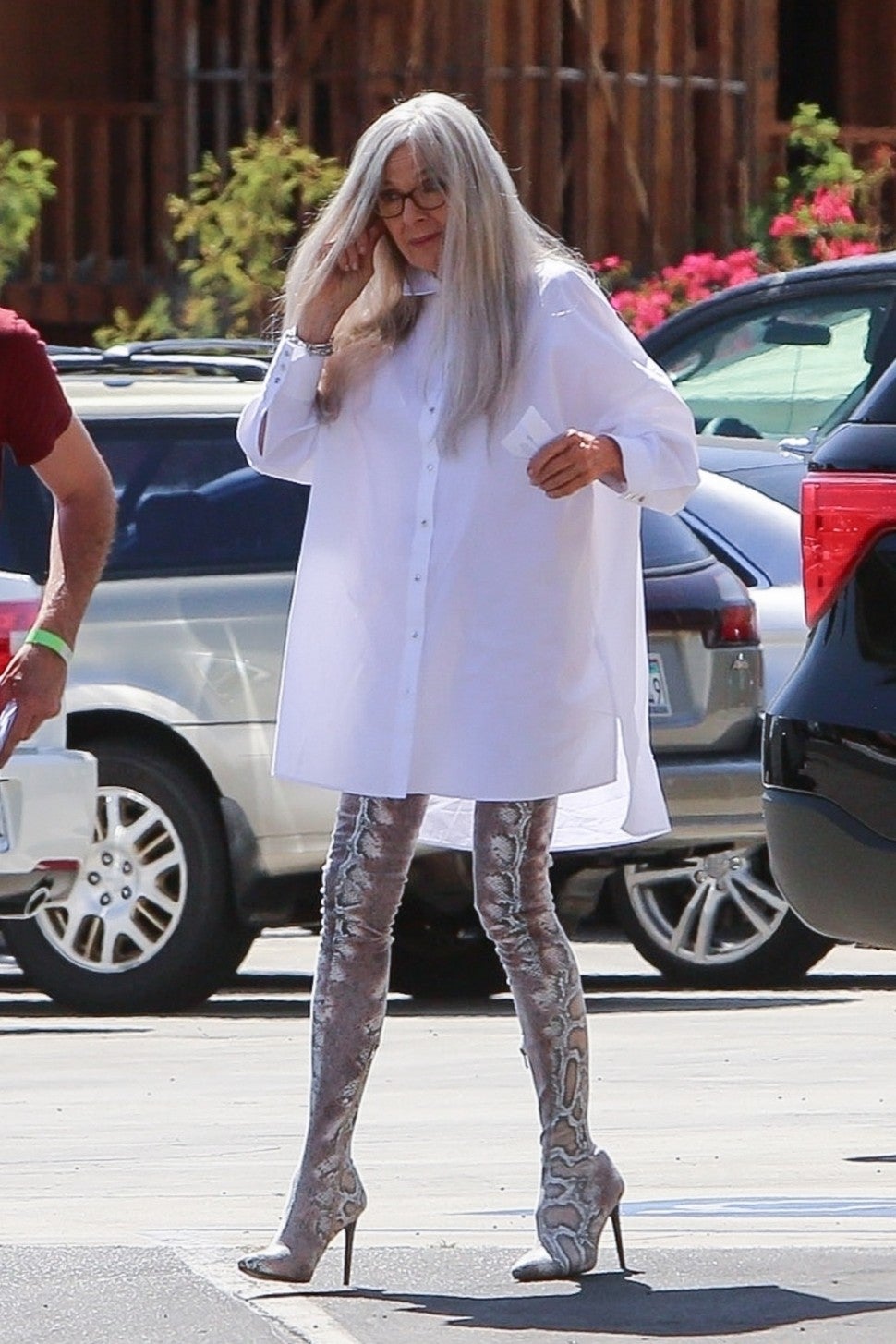 Meanwhile, on Instagram, another fan summed up the look (and Keaton!) quite perfectly: “Gorgeous, perfect, brilliant, an icon.” 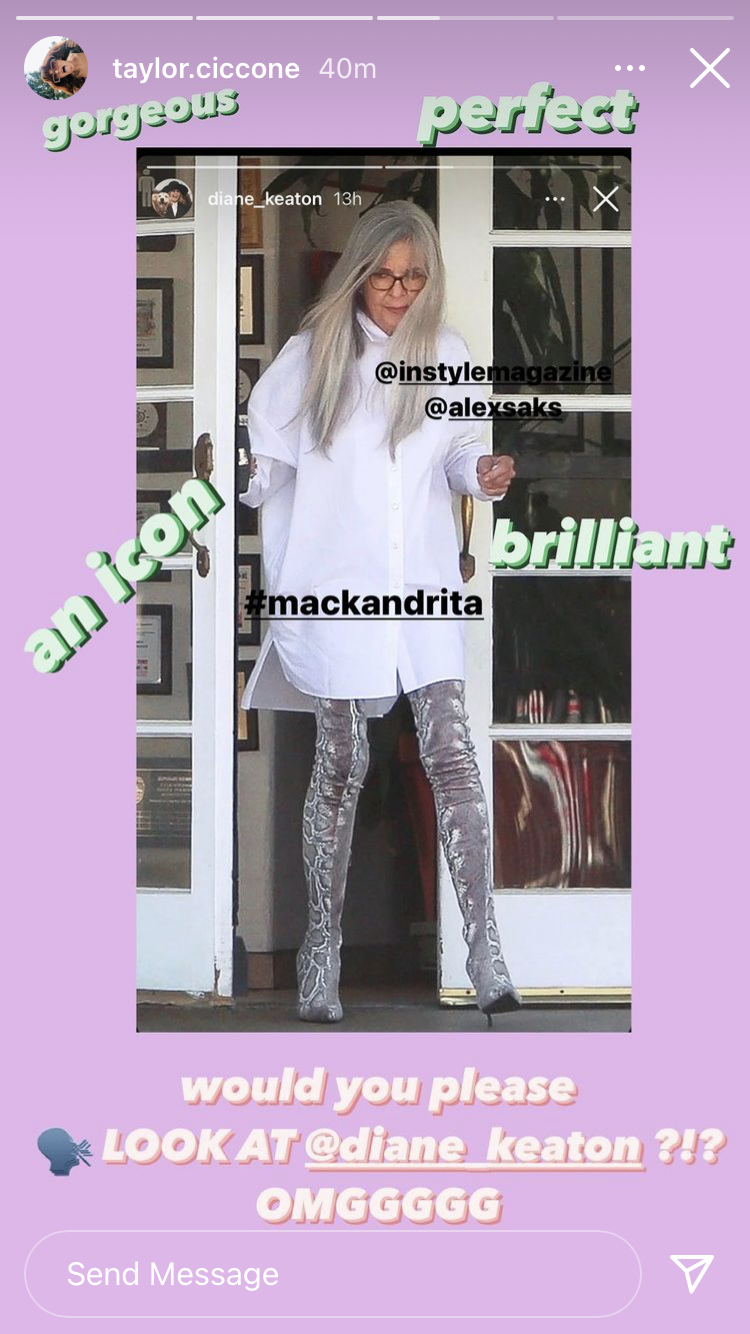 Keaton also took to her own page to share an epic fan-made meme, of Beyoncé and JAY-Z looking at her photo at the Louvre in their “Apeshit” music video. “I DIDN’T KNOW THAT BEYONCÉ AND JAY-Z WERE SUCH HUGE FANS!!!” she captioned it.

Mack & Rita, which follows the story of a woman in her 30s (played by Elizabeth Lail) who is struck by lightning and wakes up as a 70-year-old (Keaton), is directed by Katie Aselton, with costume design by Allyson Fanger. The movie also stars Taylour Paige, Wendie Malick, Simon Rex, Dustin Milligan and Nicole Byer.

“Credit Due in its entirety to the actual 👑 @katieaselton,” Fanger wrote on Instagram, in reference to the headlines regarding Keaton’s on-set look. “Also [producer] @alexsaks #mackandrita feeling #notworthy and along for the ride 💯 #bootsnotmadeforwalking.”

For more on Keaton, watch the video below.