Did Duchess Kate wear bum-padding to the ‘Top Gun’ premiere? An investigation. 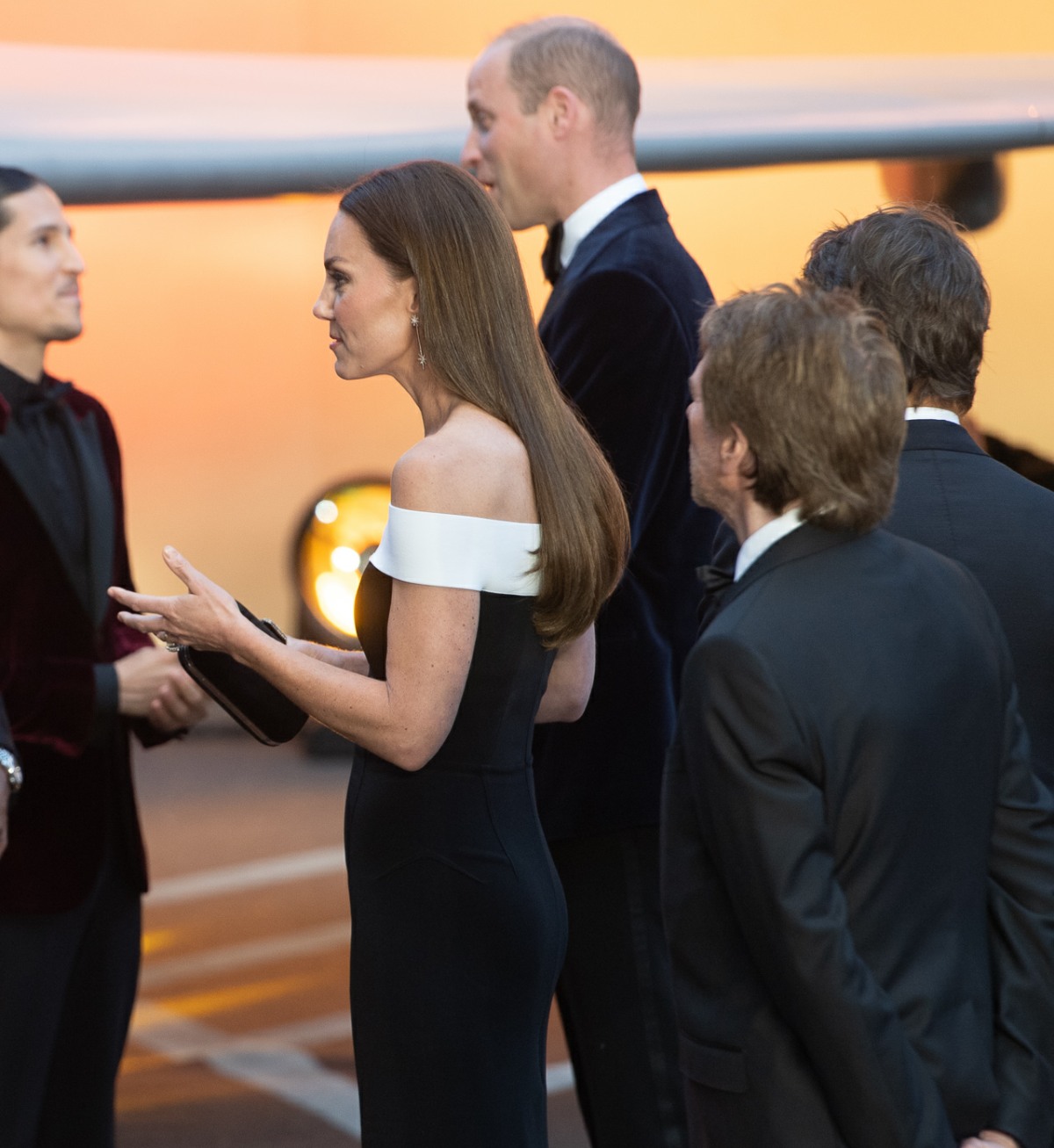 The thing about the Duchess of Cambridge is that while she’s often inappropriately dressed, she rarely wears body-con styles or anything which could be described as “slinky.” Last night’s Roland Mouret look was a change up for her, yet it fell in the familiar theme of “copykeening.” As for the slinky, body-conscious style… it’s led to speculation that she wore padding on her bum. Her sister Pippa Middleton famously wore padding to Kate’s 2011 wedding, and Pippa’s ass of lies haunted her for years as photographers were constantly on the hunt for “bum shots.” So, I looked through the photos and… I’m not sure? If Kate is wearing something, she went for modest padding, because this just looks like her regular body. It wouldn’t surprise me if she wore appropriate foundation garments, and sometimes those will “lift” a woman’s backside.

I also came across this asinine Daily Mail story, in which a “celebrity stylist” poured sugar and lies all over Kate’s look:

Celebrity stylist Miranda Holder told Femail that the dress was ‘distinctively more sultry’ than the looks we usually see on the mother-of-three. The form-fitting dress highlighted the Duchess’s shape, and her sling back hair and cleverly applied body shimmer brought the attention to her toned arms and chiselled shoulders.

‘It was a bold sartorial move, and the Duchess of Cambridge executed it to perfection,’ Miranda said. ‘Kate knows how to turn up the glamour, but last night’s look was a world away from her previous ensembles and distinctively more sultry. The dress was extremely fitted, highlighting Kate’s enviable curves which looked nothing short of sensational, and the Bardot-esque off the shoulder neckline exposing her décolletage. ‘This, combined with a very modern slicked back hair style, instead of her usual neat “updos”, added a new dimension to the Royal’s fashion repertoire,’ the fashion expert went on.

The Top Gun gown is the most daring look Kate has worn at an event since turning William’s head during a fashion show at St Andrews University where she donned a skimpy see-through dress that shown her underwear.

…Are we even looking at the same dress??? This stylist is just out here, saying words. The reason the Mouret dress “works” on Kate is because she’s doesn’t have “enviable curves.” Kate is slender with a small bust and narrow hips, that’s why she can pull off a dress like this. And the whole idea that this is the “most daring” look Kate has worn since college… well, it’s funny how all of Kate’s twirly miniskirts and Marilyn Moments have been completely whitewashed. 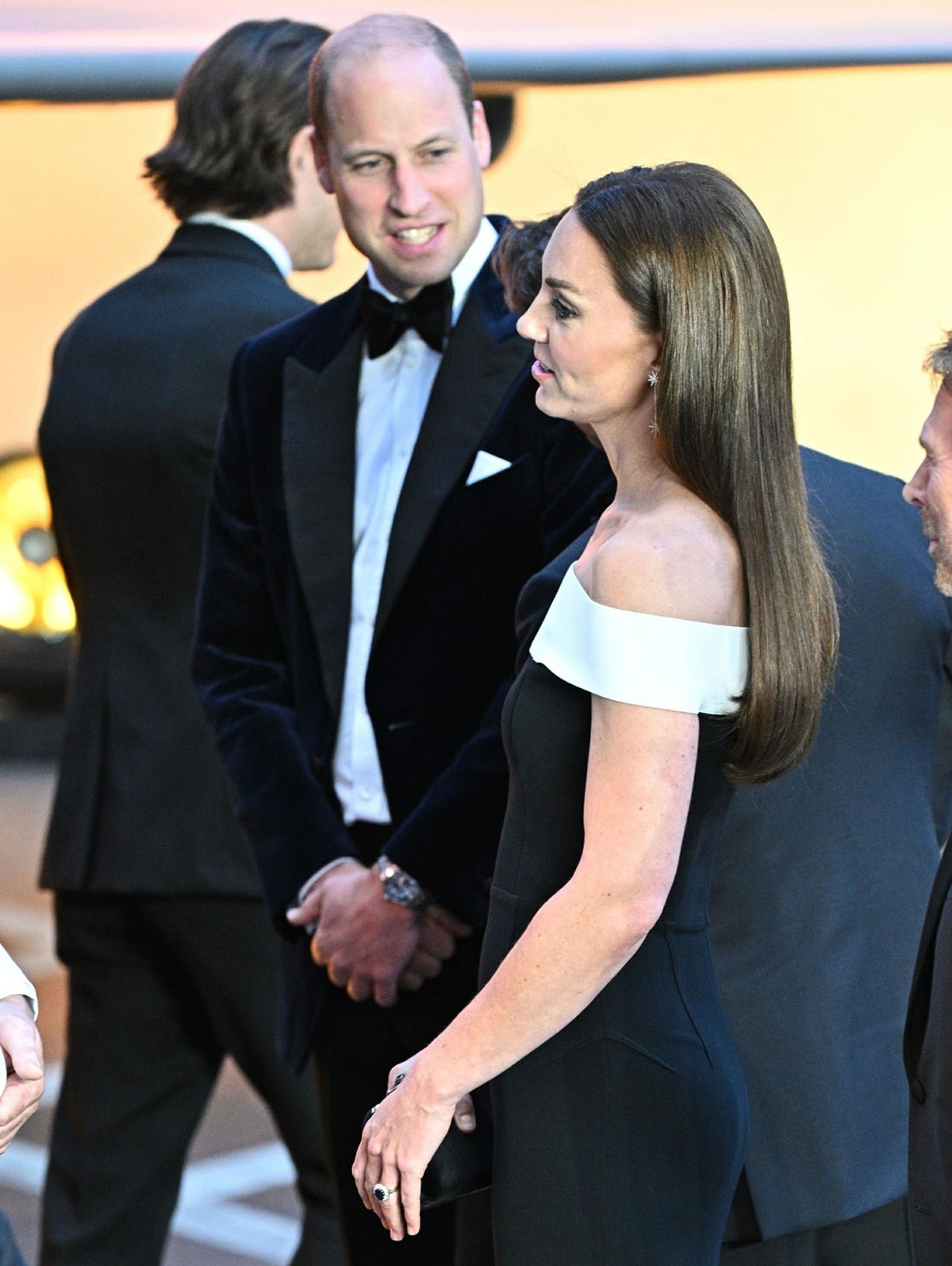 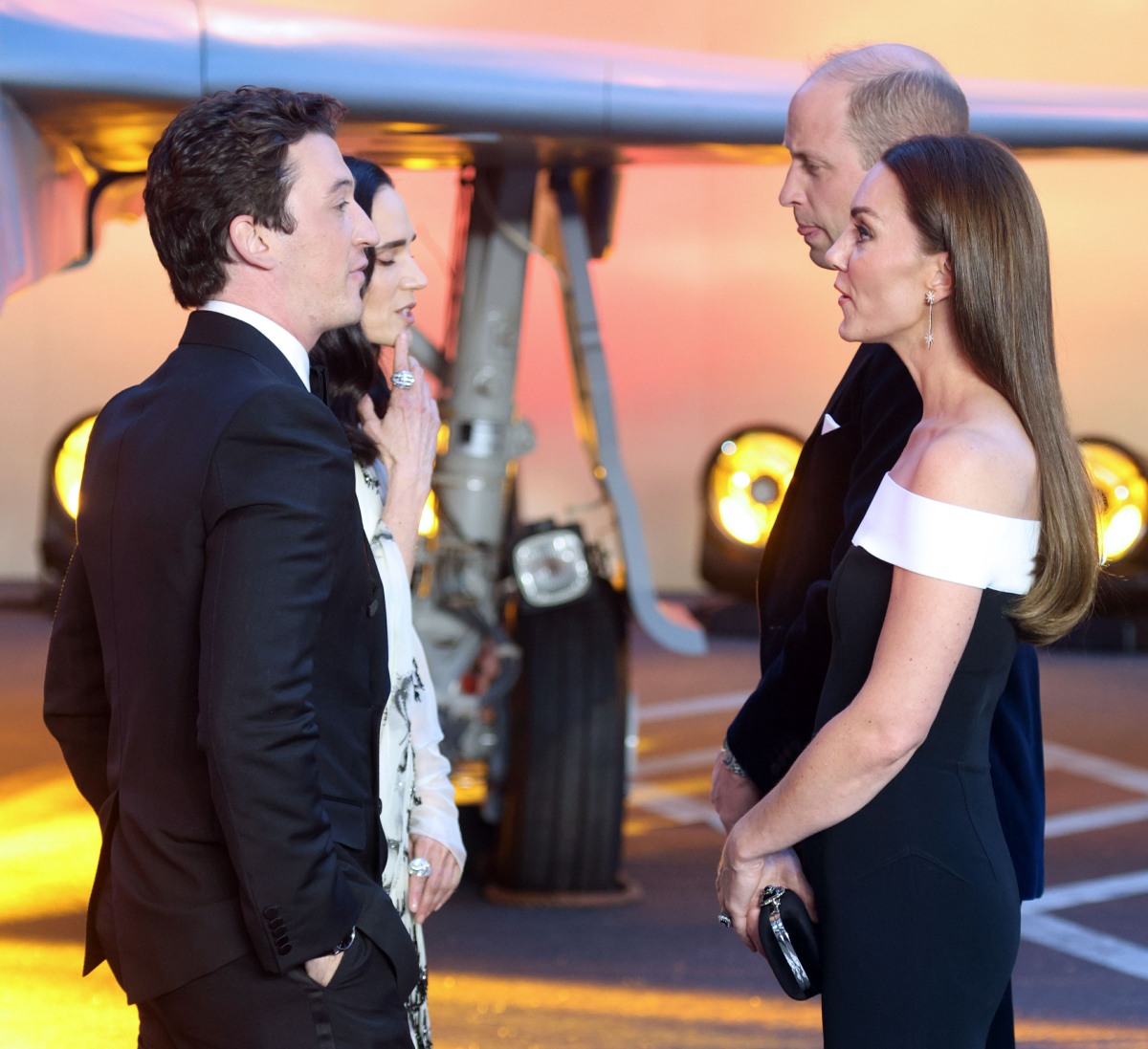 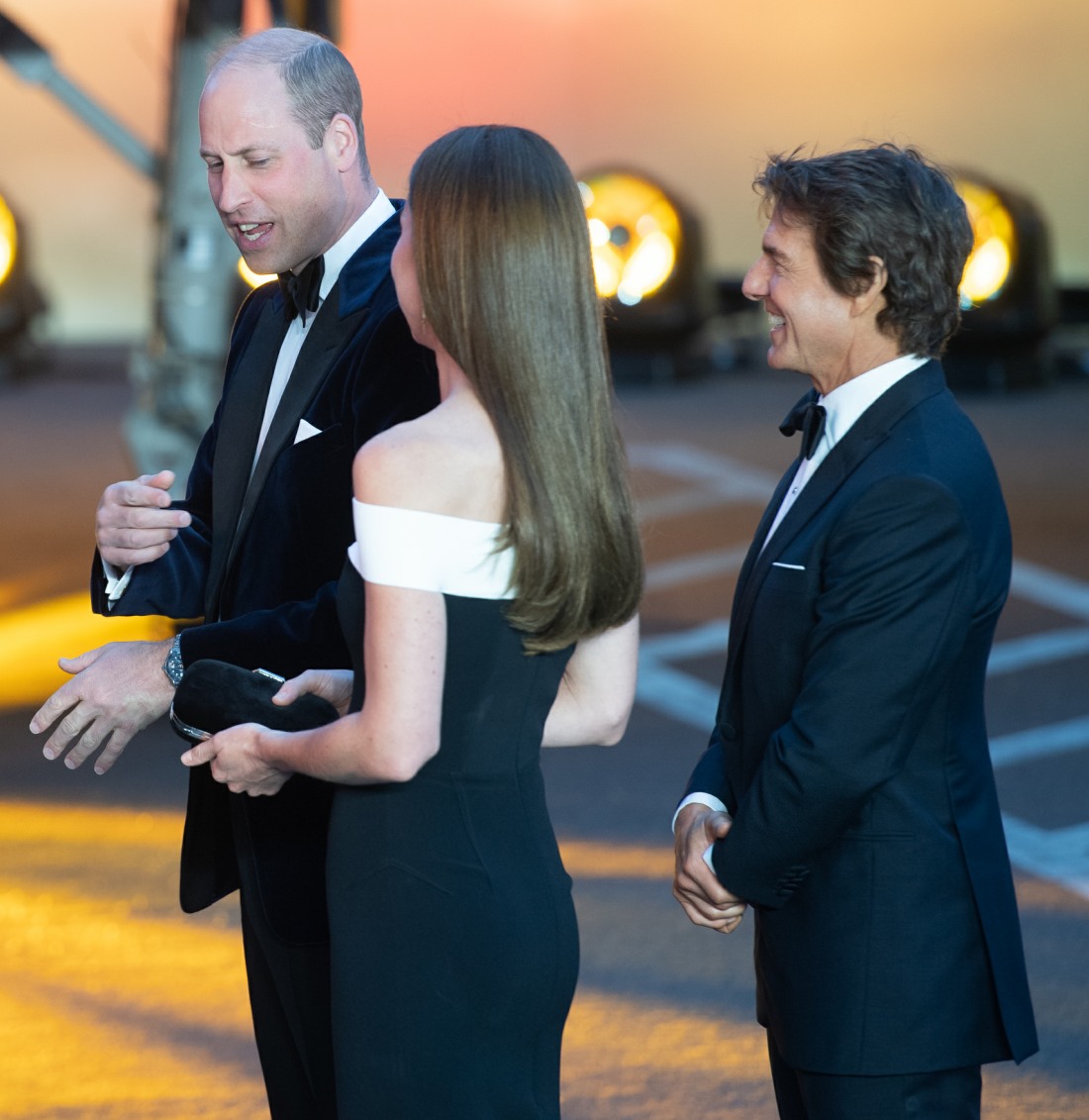