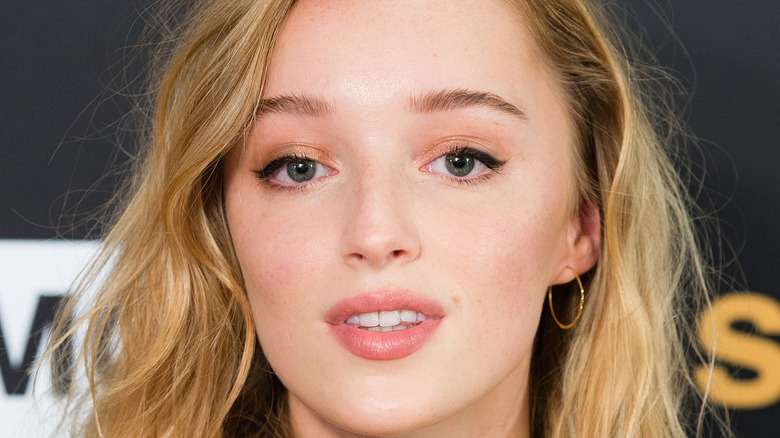 They’ve rarely been out of the news recently, but is Phoebe Dynevor and Pete Davidson’s relationship over after five months? Just last month, the “Bridgerton” star and the “Saturday Night Live” comedian were seen loved-up at Wimbledon in Dynevor’s native U.K., but a source has suggested that they’ve ended things after difficulties managing things over a long distance (via Daily Mail).

A source told The Sun: “Pete and Phoebe’s romance was a real whirlwind and from the start they were both totally committed … It was pretty telling when Phoebe headed to Croatia with her mates this week rather than going to see Pete in America … The distance has put a strain on them. They will remain close but unless something drastic changes their relationship won’t recover.”

The pair are thought to have first met back in February in New York, reportedly meeting at a bash put on by Dynevor’s “Bridgerton” co-star Regé-Jean Page after he hosted “Saturday Night Live.” He was then spotted in the British town of Altrincham, near Phoebe’s mother’s home, a month later (via Cosmopolitan), and the two were seen hugging and holding hands by a young fan (via Page Six) a few days later.

They're both currently filming their respective projects 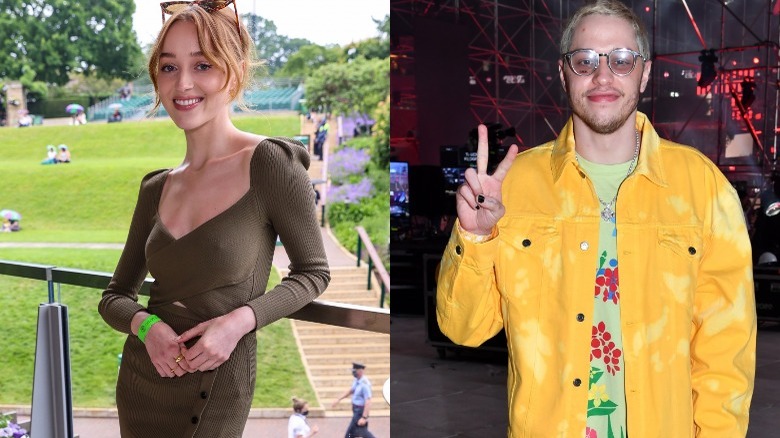 In April, Pete Davidson seemed to confirm that he was in a relationship with Phoebe Dynevor, telling students from Marquette University in a virtual talk that “I’m with my celebrity crush,” while it was noticed that both Davidson and Dynevor were wearing the same “PD” necklace at separate events, representing their joint initials (via Cosmopolitan).

It was then reported by People that the two were together, and come July we saw them in good spirits together while watching the tennis at Wimbledon (via Cosmopolitan). However, a month later it’s thought that the pair are no longer together. Being from different sides of the pond, and both having incredibly busy schedules, it’s perhaps not surprising that things might be tricky long-distance — Dynevor is currently filming the second season of “Bridgerton” over in the U.K. while Davidson is in the U.S., working on “Saturday Night Live” as well as the upcoming movie “Meet Cute” (via Daily Mail).