Diddy called out large corporations for ‘standing with’ the Black community in ‘solidarity’ but not fairly compensating Black-owned media in advertising revenue.

Diddy, 51, made a powerful statement targeting large American corporations — including General Motors. The entrepreneur and rapper penned the lengthy letter — titled “If You Love Us, Pay Us: A letter from Sean Combs to Corporate America” — on the website of his company Revolt on Thursday, May 8. In the letter, he specifically addressed the advertising spend of GM to Black-owned businesses, compare with the revenue they earn from Black customers.

“The same feet these companies use to stand with us in solidarity are the same feet they use to stand on our necks,” Diddy — who is was worth an estimated $740 Million In 2019 according to Forbes — began, noting that GM lists his company Revolt as an example of Black-owned media they “support.” Despite this, Revolt does not receive advertising revenue from the car giant, Diddy explained. “Instead, REVOLT, just like other Black-owned media companies, fights for crumbs while GM makes billions of dollars every year from the Black community,” the former Making The Band host said. Diddy launched Revolt in 2013, which is one of his many business ventures: he founded Bad Boy Records in 1993, in addition to owning Ciroc Vodka and Sean John clothing. 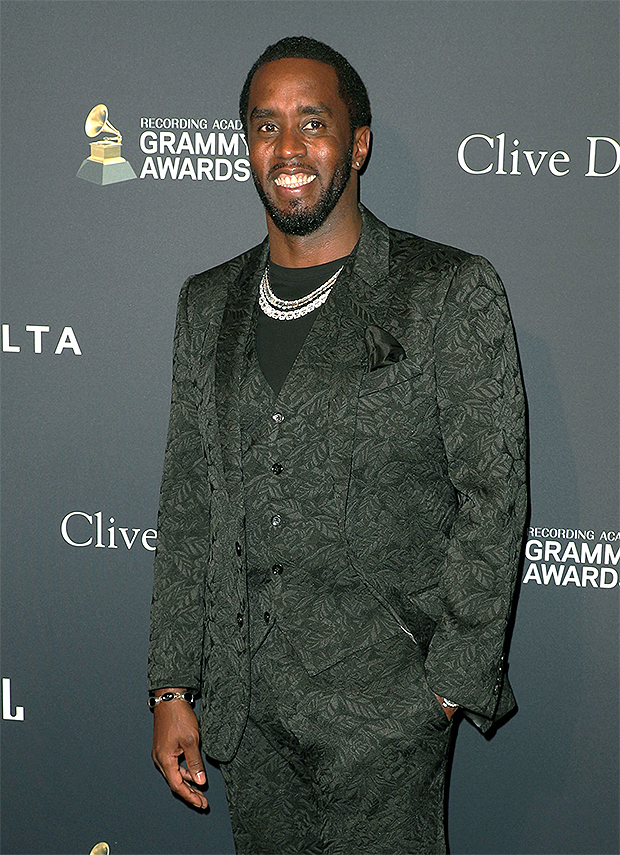 “Exposing GM’s historic refusal to fairly invest in Black-owned media is not an assassination of character, it’s exposing the way GM and many other advertisers have always treated us. No longer can Corporate America manipulate our community into believing that incremental progress is acceptable action,” he explained. “Corporations like General Motors have exploited our culture, undermined our power, and excluded Black entrepreneurs from participating in the value created by Black consumers,” he wrote, pulling up some important numbers: the rapper noted that in 2019, of the $239 billion spent on advertising by companies, only 1% went to Black-owned companies.

Within hours of the letter being posted, the letter went viral on Twitter — prompting plenty of support for Diddy and the Black community. “Nobody can say it better than Mr. Sean Comb,” one user wrote. “Target said they’d spend $2B on black owned businesses by 2025. Better late than never? Where are the other companies making pledges like this…? I’ll wait,” another added. “I applaud this letter from Diddy calling for respect for the Black business community. I also ask for the same respect from Corporate America for the disabled business community,” a third added.

It turns out that margin also applies to GM. “Out of the roughly $3 billion General Motors spent on advertising, we estimate only $10 million was invested in Black-owned media. Only $10 million out of $3 billion! Like the rest of Corporate America, General Motors is telling us to sit down, shut up and be happy with what we get,” Diddy — who is a dad of six — went on in his impassioned letter. He then declared this “disrespectful” considering the “influence” of Black-owned media brands. “It’s disrespectful that the same community that represents 14% of the population and spends over $1.4 trillion annually is still the most economically undervalued and underserved at every level. To repeat, $1.4 TRILLION ANNUALLY! The Almighty Black Dollar!”

“We demand that Corporate America reinvest an equitable percentage of what you take from our community back into our community. If the Black community represents 15% of your revenue, Black-owned media should receive at least 15% of the advertising spend,” he added. “The same way you understand the power of our dollars, we understand our power to take them away from any corporation that doesn’t give us the economic inclusion we deserve…If you love us, pay us! Not a token investment. Not a charity check or donation,” he concluded.

Diddy has been a strong advocate of the Black Lives Matter movement, which had a powerful resurgence in 2020 following the murder of Minneapolis resident George Floyd. Former Minneapolis police officer Derek Chauvin has since charged with both murder and manslaughter after video of him kneeling on Floyd’s neck went viral on social media. In the horrifying video, Floyd can he heard yelling “I can’t breathe,” multiple times during the nine-minute ordeal.