Disney+ has revealed that filming has wrapped on the upcoming new movie Chang Can Dunk!

Bloom Li stars as Chang, a 16-year-old, Asian American high school student in the marching band, who bets the school basketball star that he can dunk by Homecoming.

The bet leads the 5’8″ Chang on a quest to find the hops he needs to dunk in order to impress his crush, Kristy, and finally gain the attention and respect of his high school peers. But before he can rise up and truly throw one down, he’ll have to reexamine everything he knows about himself, his friendships and his family.

The streamer also revealed a first look photo from the movie, which is written and directed by Jingyi Shao for his feature film debut. Check it out below! 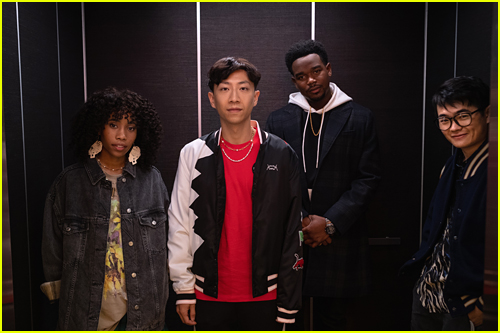 Also starring in the movie are Ben Wang as Bo, Chang’s best friend; Dexter Darden as Deandre; Chase Liefeld as Matt, the school’s star athlete; and Zoe Renee as Kristy.

The live action film, Chang Can Dunk, is set to be released on Disney+ in 2023.

Get the latest Disney+ news here!