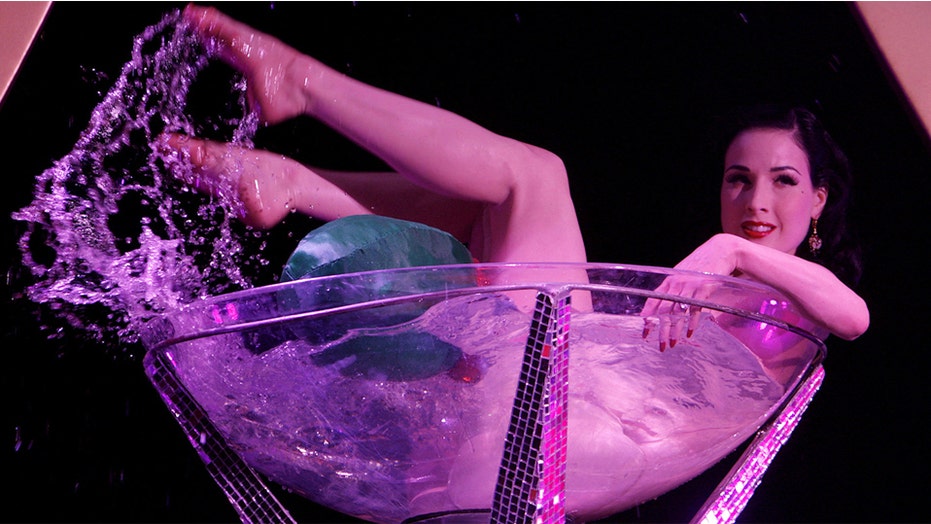 Dita Von Teese on the Art of Burlesque

The burlesque performer explains the difference between stripping and burlesque.

Dita Von Teese, the most famous stripper in the world, nearly retired from the stage.

The 46-year-old striptease performer, whose real name is Heather Sweet, recently sat down with Holli Mae Johnson, the editor-in-chief of 21st Century Burlesque magazine, to recall how she contemplated making a grand exit from the stage in 2015 after more than five years of touring the country.

“I was apprehensive at first,” explained the burlesque star to the outlet. “But I created an act with Ali Mahdavi called ‘Undressed to Kill,’ with state of the art projection technology used in a totally new and groundbreaking way, and the whole experience was fantastic.”

“All my reservations about repeating the past went away, and after finishing a sold-out run of 40 shows in Paris I became excited to perform again,” continued Von Teese. “I started thinking about all the other acts I’ve made over the years that I’ve never toured with, and all the props and concepts that could be staged in new ways. So I thought, why not a new show with a new name… but with new acts to see?”

According to the publication, Von Teese soon announced a new production, titled “The Art of the Teese,” which highlighted many of her sizzling routines from the past, as well as “world class striptease from her all-star cast.” The European tour kicked off at the London Palladium and 1,4000 tickets sold within the first hour.

“I could only secure a few shows at the Palladium at first because I couldn’t get any of the big promoters on board,” recalled Von Teese. “So I took a chance, knowing it would cost me more than I would make to ship all the gear over there and run the production. But then we put the shows on sale and broke sales records, and suddenly we had great promoters coming out of the woodwork and sending offers, so we were able to piece together a proper tour.”

The tour was a success for the Playboy cover girl and only proved her time performing was far from over. 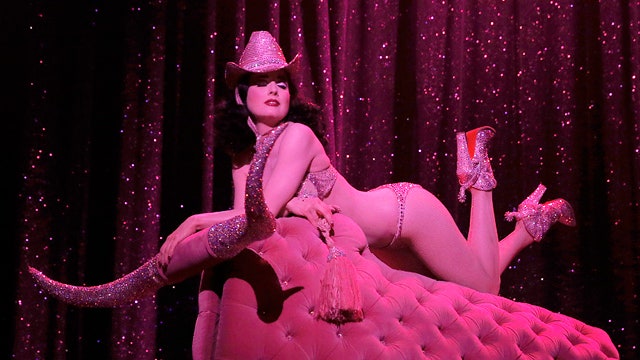 Over the years, Von Teese has earned plenty of celebrity fans, including Grace Kelly’s children.

“When the show was in Monte Carlo, at the breathtakingly beautiful Opera Garnier, I was invited to sit with Prince Albert and Princess Caroline for a former dinner,” said Von Teese. “Later on, Prince Albert sneaked away from his other event just to see my finale and was cheering wildly from the royal box during the cowgirl act. I couldn’t believe I’d brought a full burlesque revue to that stage, but to have him there loving it was a real moment.”

According to the outlet, Von Teese has performed for Elizabeth Taylor, George Michael and Catherine Deneuve, among others. She also encounters other unlikely celebrities at star-studded events.

“Axl Rose came up to me once and said, ‘Are you that Dita Von Teese burlesque girl? What you do is f—ing cool. And you did it before it was cool,’” said Von Teese. “He knew all about burlesque. So does Bono. He came up to me at a party recently, saying it’s a shame there hasn’t been a good modern burlesque movie.”

But Von Teese insisted it’s the messages from her fans that she treasures the most.

“One of my favorite parts of touring is getting handwritten letters,” she said. “I open them on the airplane and savor them because it’s the thing that really matters when it comes down to it. I might have retired a long time ago and pursued other avenues of showbiz if it weren’t for those letters.”

“I’ve been asked what I will do once my ‘looks fade with age,’” Von Teese reflected. “It’s bizarre how it’s instilled in us that we won’t be beautiful if we age. I guess I never really paid too much attention to it until recently when I started thinking about retirement, lest anyone see my age, God forbid! But then I thought about how much it means to me to watch the women I admire evolve through the years. I spend time with women older than me; I’m in awe of them.”

Back in late 2015, Von Teese explained to Fox News how to practice what she calls “the art of seduction.”

“When I think about the art of seduction, I don’t think about seducing someone,” she said at the time. “I think about how one becomes effortlessly seductive. And the way that you do that is by practicing in everyday life, and surrounding yourself with things that make you feel good, things that are pleasurable. I believe in creating a sensual home space that makes you feel good with beautiful lighting that’s flattering to the way that you look. I like to paint my walls the color that I look good in! I just like to live in a seductive way in everyday life.

“If you think too much about how to seduce someone else, it’s an epic fail. To seduce someone is to make them want to know more about you, to be part of your world. So if you are trying to please someone else, you’re failing at seduction. I always say to think about yourself and how you present yourself to the world and how you practice that every day. I believe in wearing my nice lingerie every single day. It’s a moment that doesn’t take any extra time out of your day. It’s also a small way to exude glamour and beauty in everyday life.

“If you want to seduce someone — that’s not really the way. Men don’t want you to do that anyway. Finding your own confidence is really the key. Discovering your strengths and embracing them every day is how you ultimately master the art of seduction.”