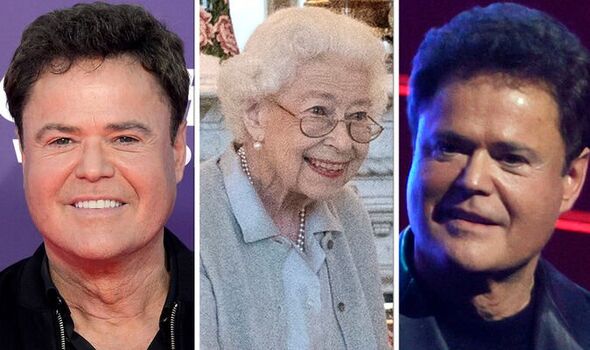 American singer, dancer and actor, Donny Osmond, who first found fame performing with four of his elder brothers as The Osmonds, hoped Her Majesty may “rest in peace” before using a dove emoji to finish off the social media dedication. The image used alongside his words showed Donny alongside five of his siblings, who all look extremely similar.

Pictured shaking her hand after a performance at the Royal Variety Show, Donny smiled as he and the Queen fondly looked at each other. His siblings are also seen grinning as the monarch greeted each and every one of them.

Donny wrote in his tweet: “I had the honour of not only performing on stage for Her Majesty The Queen at least 4 times, but also had the great privilege of meeting her.

“I’m deeply saddened by the news.

“My thoughts are with her family & with everyone around the world during this time.

“May she rest in peace.”

This is not the first time Donny has shared his love and admiration for the late monarch, as back in April 2021 the Puppy Love singer dedicated a post on Instagram to Her Majesty’s Platinum Jubilee celebrations.

“Sending her well wishes on her special day.”

In reply to his tweet concerning the Queen’s death, user @Tinaburgess62 also shared another image of the Osmond brothers, this time from 1972, when the now 64-year-old Donny was only about 14 years of age.

Writing above the image, which again shows the brothers beaming at meeting the monarch, who is visibly youthful and wearing a tiara, she wrote: “That’s a lovely post Donny. I love this pic of you with our beautiful Queen.. little Jimmy aww #RIPQueenElizabeth.”

More of Donny’s followers also commented on how fitting the star’s tribute was to Her Majesty, some saying how “lucky” he was to have met her during her lifetime.

@cheeb27 wrote: “Such a great photo and memory! Lucky you, Donny.”

Another user, @chenaniah27 also shared her fond memories of an Osmonds performance from the 1970s.

She wrote: “Loved it when you all sang There’s a place for us, in the 1970 at the galla. Wish I could find it taped.”

Donny is just one of numerous celebrity faces who are sharing their dedications, condolences and sadness at the news of the Queen’s death. 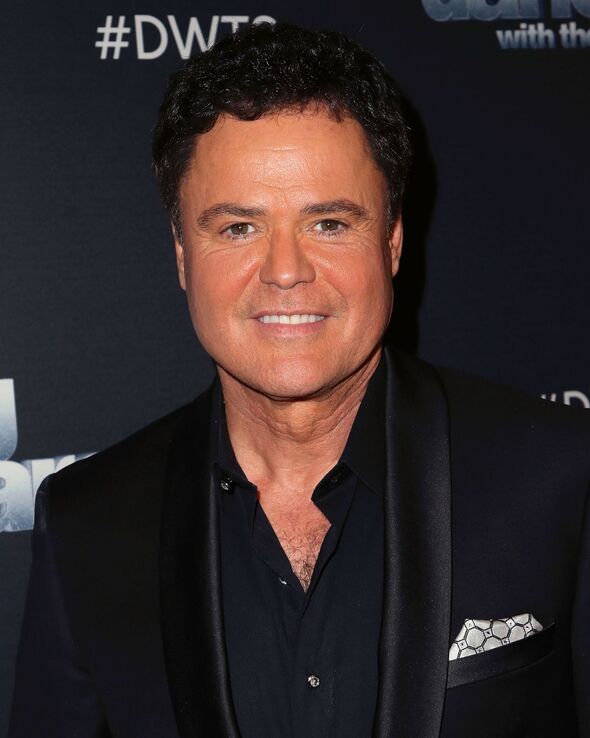 Rolling Stones legend Mick Jagger posted to his 2.4 million followers: “For my whole life Her Majesty, Queen Elizabeth II has always been there.

“In my childhood, I can recall watching her wedding highlights on TV. I remember her as a beautiful young lady, to the much beloved grandmother of the nation. My deepest sympathies are with the Royal family.”

Whereas former Prime Minister Boris Johnson shared a lengthy yet heartfelt statement saying that Thursday was “our country’s saddest day”.

He concluded by saying: “Wave after wave is rolling across the world, from Balmoral – where our thoughts are with all the Royal Family – and breaking far beyond this country and throughout that great Commonwealth of nations that she so cherished and which cherished her in return.”