It was a close call on Monday night’s Dancing With the Stars! Dance pro Sasha Farber suffered a lower back injury during his dress rehearsal the day of the show’s Semifinals Night and was out of commission throughout the rehearsals.

His partner, Justina Machado, was then forced to rehearse with fellow dance pro, Brandon Armstrong, who was previously paired with contestant Jeannie Mai prior to her abrupt exit due to health concerns. But at the last minute, Sasha rallied to perform two impressive dances — a sexy tango and a moving contemporary dance that earned Justina her first perfect score of the season.

“That was a close call. I’ve never done that before and we didn’t do a dress run because I was lying here with my back,” Sasha shared with ET’s Lauren Zima shortly after the couple was saved from elimination and learned they were going on to next week’s Finals. “But these numbers are the numbers that would get her to the finale, and I wanted to make sure we did it together and the last nine weeks weren’t just for nothing. It was tough, I’m not going to lie, but we got through it.”

Justina explained the chaos leading up to the hours before her live performance, sharing how she immediately went into rehearsals with Brandon.

“At that point I’m like, what can I do, right? I really can’t do anything. So Brandon learned the dance and we went out there and we rehearsed it two or three times and we then we waited to see if Sasha got better,” she said of her partner.

Sasha revealed that he refused any sort of cortisone shot prior to his performance because he didn’t want it to affect next week’s finale performance. He did take some anti-inflammatories, but admitted that he was in immense pain.

“He’s still in incredible pain!” Justina said of Sasha. “I would have taken that shot in a heartbeat.”

“I was very determined,” he said. “There was nothing that was going to stop me.”

As for whether Sasha will be able to perform in next week’s finale, he remains optimistic.

“I hope so, I really, really do. I don’t know how it happened,” he admitted of the injury. “I guess it was in the morning when we had rehearsals and then after I danced it was all good. Literally, when we went back to the trailer, it kept swelling and swelling and swelling, my lower back. I’ve never had any lower back problems so it was a little scary, but we got through it.” 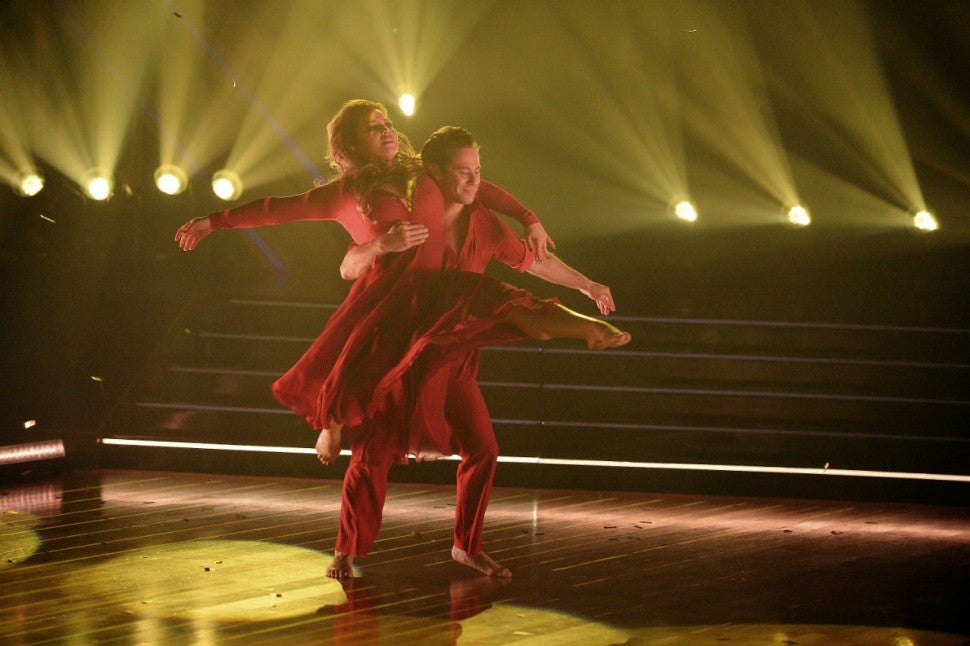 In addition to all of the dances we’ll see from each celebrity and their pro partner, next week’s Finals — airing Monday at 8 p.m. ET/PT on ABC — will also include another sure-to-be epic performance from judge Derek Hough, along with Nelly taking the stage separately to sing some of his greatest hits.

Tune into Entertainment Tonight on Tuesday to hear more from the season 29 contestants. Check your local listings here.