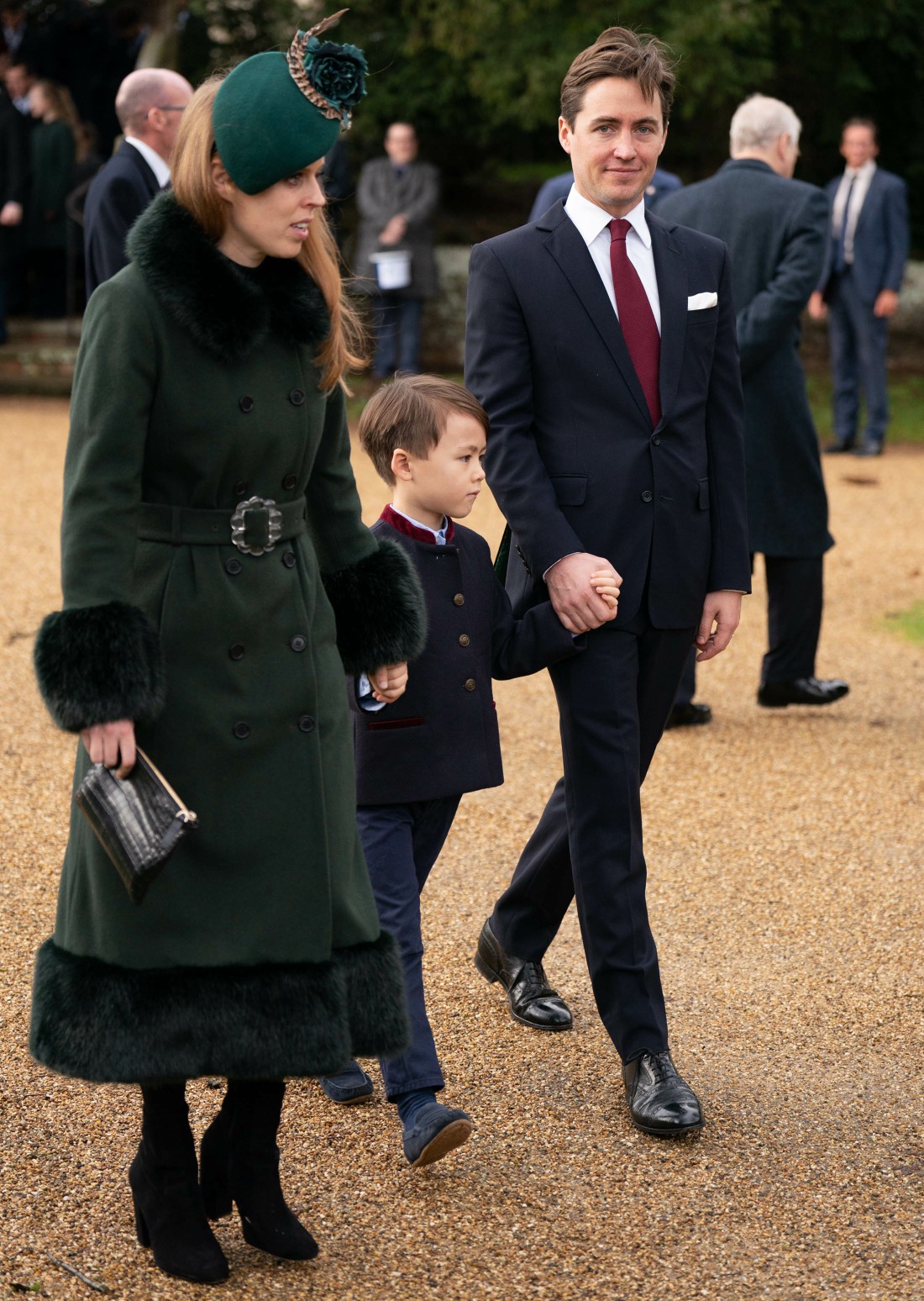 I still believe that there were many shenanigans in and around Edoardo Mapelli Mozzi’s courtship with Princess Beatrice. One day, he was engaged to Dara Huang and they were raising their son together and the next day Edo was super-serious with Beatrice and Dara was sleeping on a friend’s couch. Whatever happened, it happened quickly and the mess was hushed up for the most part. Dara and Edo are still friendly, they still work together and they coparent their son Wolfie. As it turned out, Edo and Beatrice had Wolfie on Christmas Day, so Wolfie was included on the church-walk on the Sandringham estate. Wolfie has been included in some royal events before, especially during the Jubbly, and it seems like Edo and Dara are both fine with it. Well, Dara did have some sh-t to say… about how happy she is that Wolfie is being raised and educated in the UK.

Her son has been welcomed so warmly into the Royal Family that he joined the King and Queen on their walk to church at Sandringham on Christmas Day. And now architect Dara Huang has voiced her gratitude that Christopher Woolf Mapelli Mozzi, or ‘Wolfie’ as he’s known, is being educated in this country rather than her native America. She fears that the six-year-old could have become yet another victim of a school shooting in the USA.

‘I’m glad my son doesn’t go to school in the USA,’ Dara declares online. ‘I can sleep at night knowing he won’t die at his desk tomorrow morning.’

There have been more than 600 mass shootings in the US so far this year and at least 1,500 children killed in gun-related incidents.

Miss Huang, 39, who was engaged to interior designer Edoardo Mapelli Mozzi, 39, before he married the King’s niece Princess Beatrice, 34, was born and grew up in America, to where her maternal grandfather had emigrated from Taiwan. She was granted British citizenship earlier this year.

The architect, who was recently featured in Channel 4’s property programme Britain’s Most Expensive Houses, made the comments after returning to the US for Christmas while Wolfie was at the King’s Norfolk retreat with his father and stepmother.

‘Not to get all political here, but I went to a sports store in the US to buy tennis shoes today and couldn’t help but notice this huge gun section – post Xmas sale,’ Dara says. ‘So I walked up to the man and said, ‘What do I need to buy a gun home? Do I need a licence?’ And he said, ‘No, you can buy one right now and either take it in two days or take a $50 two-hour ‘conceal and carry course’ and bring it home right now.’ And I said, ‘OK, so no licence needed, medical records, history of felony?’ And he said, ‘Nope. You can keep it in your car or home, as you see fit.’ ‘ She adds: ‘Literally anybody can buy the most dangerous weapon known to man.’

I mean… she’s right? America’s gun culture is shameful and crazy. It shouldn’t be this easy to buy a gun. American parents have completely legitimate fears that there will be a shooting at their kids’ schools. Foreigners traveling to America are always shocked by the guns and the prevalence of gun violence. News of American gun violence makes international news. It’s a bonkers way to live. Anyway, I’m glad Dara and Edo are on the same page about raising Wolfie in the UK. 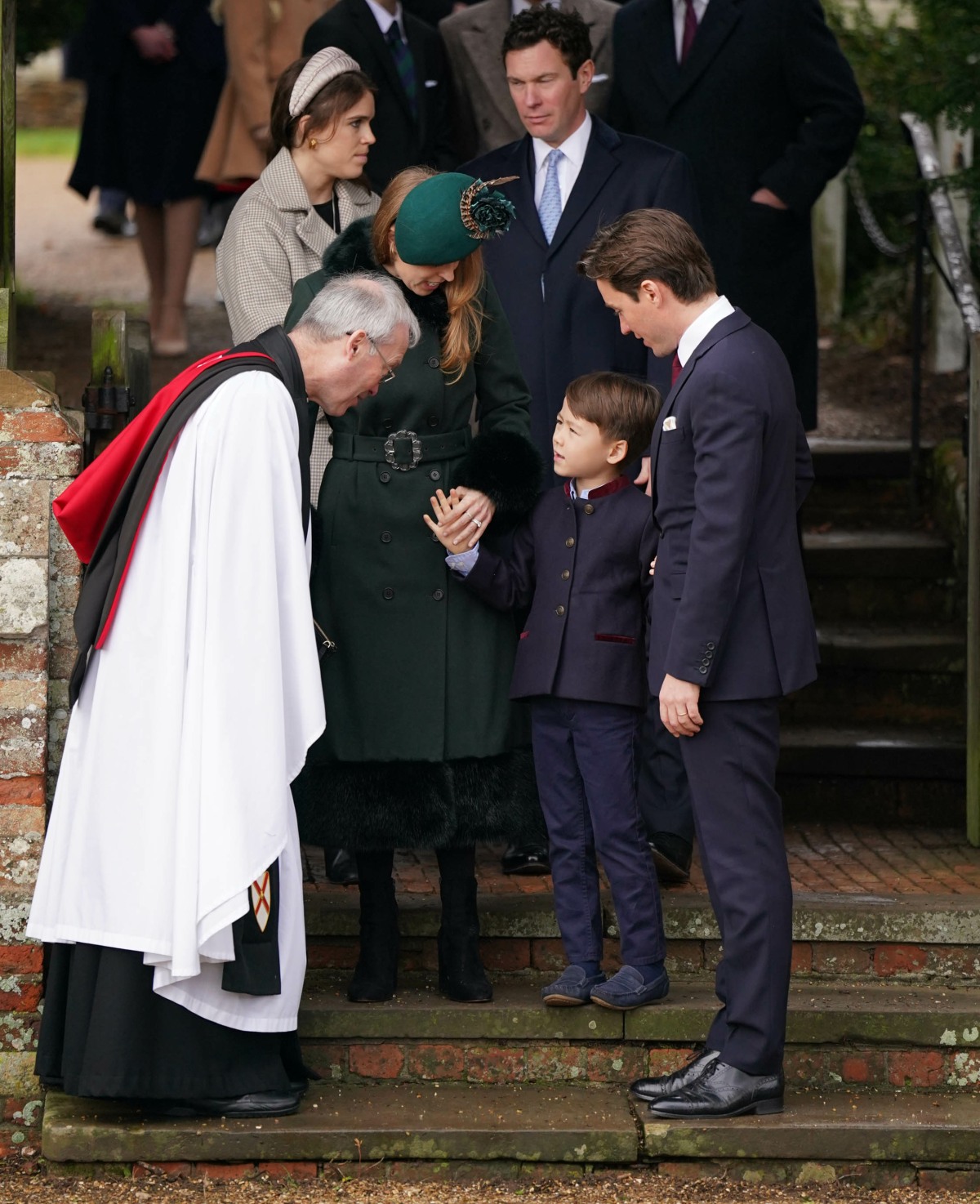