Elizabeth Olsen got her fans’ attention when she hinted that she and fiance Robbie Arnett may already be married, in an interview with Kaley Cuoco.

Are Elizabeth Olsen and Robbie Arnett husband and wife? That’s the question that was on everyone’s minds after they watched a recent interview the 32-year-old actress did with Kaley Cuoco, 35, during Variety‘s Actors on Actors session on June 8. She seemed to refer to her 29-year-old fiance as her “husband” when talking about her setup for the virtual interview, and Variety later confirmed the news on Twitter.

“I’m in a bathroom,” she told Kaley at the beginning of the video. “I’ve been in the U.K. for seven months, and I got back two days ago, and my neighbor is doing so much construction to their backyard. I can still hear it and I’m in the furthest bathroom.”

“I also just noticed that my husband put Little Miss Magic — you know, the Little Miss books? They’re these classic books, but magic because of WandaVision, because he’s such a f–king cutie,” she added. 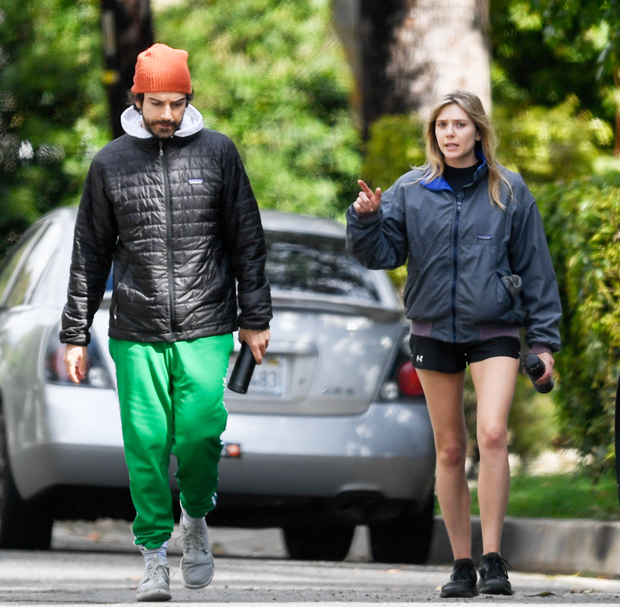 Although neither Elizabeth nor Variety named Robbie as her husband, he proposed to Elizabeth in July 2019, after more than two years of dating, so it’s probably safe to say that he’s the one she got hitched to. Her unexpected reveal, however, has fans wondering exactly when the big day was and some of them responded to Variety‘s tweet about the marriage news to share their excitement.

“thanks for breaking the news variety,” one fan wrote along with a crying emoji while another simply said, “Oh wow!” Others posted funny crying memes about how the beauty isn’t single anymore.

Elizabeth and Robbie, who is the frontman for the band Milo Greene, first started dating in 2017 and have been pretty private about their romance. They hadn’t really spoken out about their plans but were photographed during previous casual outings. During one 2019 sighting, Elizabeth’s emerald engagement ring could be spotted on her finger for the first time.

Before their relationship, she was engaged to Narcos star Boyd Holbrook from Mar. 2014 until Jan. 2015 and had also dated costar Tom Hiddleston.