If it wasn’t enough for The Great to be Emmy-nominated for its costumes, costume designer Sharon Long earned praise from her stars too. Elle Fanning and Nicholas Hoult appeared a panel for Deadline’s Contenders TV: The Nominees event and noted that their respective Catherine the Great and Peter III wardrobe is their favorite in their entire careers.

“I think the coronation outfit I wore is my most favorite costume I’ve ever worn,” Fanning said. “In Season 3 there are a couple that might have it beat. We’re trying to up the ante, but Sharon constantly just pulls out all the stops. Also working around the growing pregnancy belly this year; she took maternity wear to a whole other level in 18th century Russia.”

Hoult has worn everything from mythological Greek armor in Clash of the Titans to post-apocalyptic War Boy makeup in Mad Max: Fury Road. He called The Great his favorite too. 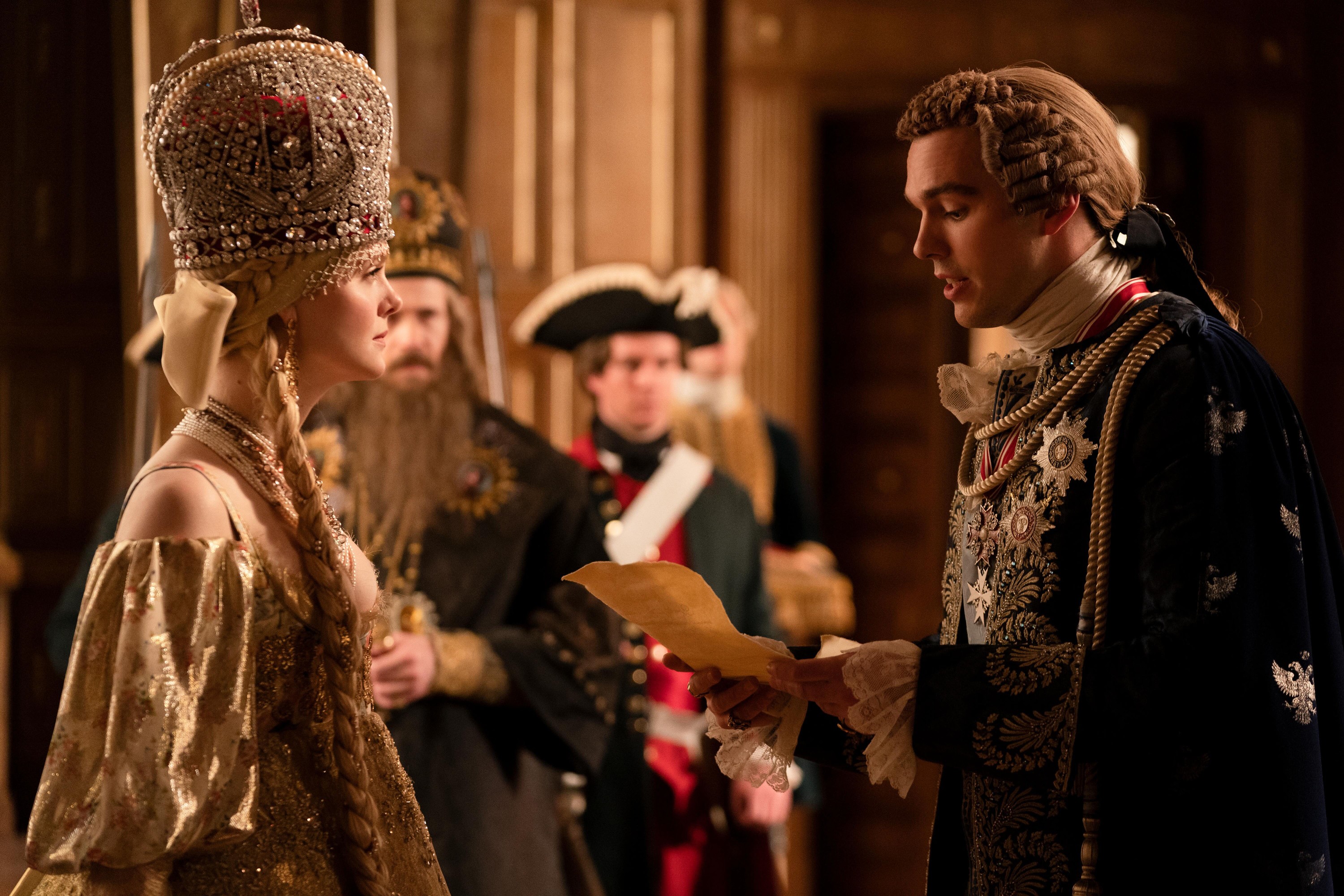 “Sharon created this costume for me with all these pastel shades of pink and blue and yellow, a beautiful dress and plumes of feathers on a headpiece,” Hoult said. “I don’t think I’ve ever felt happier in a set or in a costume than that. That’s going down in my highlight reel of life.”

Emmy nominee Long said the show’s conceit gives her freedom to create wild costumes. Although ostensibly based on the historical figures, creator Tony McNamara has invented the comedy and drama of Catherine and Peter’s relationship.

“We’re not in a real world,” Long said. “We’re creating a world, which is a massive freedom.”

Francesca Di Mottola’s production design also is Emmy-nominated. She concurred that she is not replicated authentic historical sets.

“Our aim is not to re-create 18th century Russia,” Di Mottola said. “It’s finding the ugly that you can show. It’s veering away from what is beautiful and what you’d think ‘Oh, this is going to look great on camera.’ It’s what is going to look interesting and have a bit of an edge to it.”

Some of that ugliness is self-inflicted. Fanning recalled a scene where Catherine beats herself up.

“Catherine went through a phase in Season 2 where she was punching herself all the time,” Fanning said. “I would really hit myself. They would not do a crazy amount of takes and then the stunt guy’s in the corner like, ‘No, don’t.’”

Check back Monday for the panel video.