The Emmys are tonight, people, and you know what that means? Game of Thrones is nominated for quite literally everything, so every cast member is rolling up to the awards ceremony in style. Emilia Clarke is obviously one of them, and if you were expecting Daenerys Targaryen realness tonight, you’re in for a surprise.

@emmys2019 WE BE ROLLLLLIN! @jlo just as heads up you have inspired this years lewk. ?‍♀️ I am one lucky lady to have the best glam squad ever invented… @jennychohair @jilliandempsey @petraflannery @jennahipp YOU HAVE LIT THIS CHICK ON FYRE! ?thank you thank you thank you! #motherofdragonstakesafinalgoodbye #mighthaveneededadragontogetmethereontime ? #iplanonseeingtomorrowssunrise #? #✌️ #? #❤️

Sure, it’s not long, blonde, or braided to oblivion, but it looks amazing on her! She wrote in the caption, “@jlo just as heads up you have inspired this years lewk. 💁‍♀️” which is truly iconic because, obviously, game recognizes game.

This was Emilia’s hair as of September 12, so either she can grow her hair SUPER fast or we have an extension situation happening here. 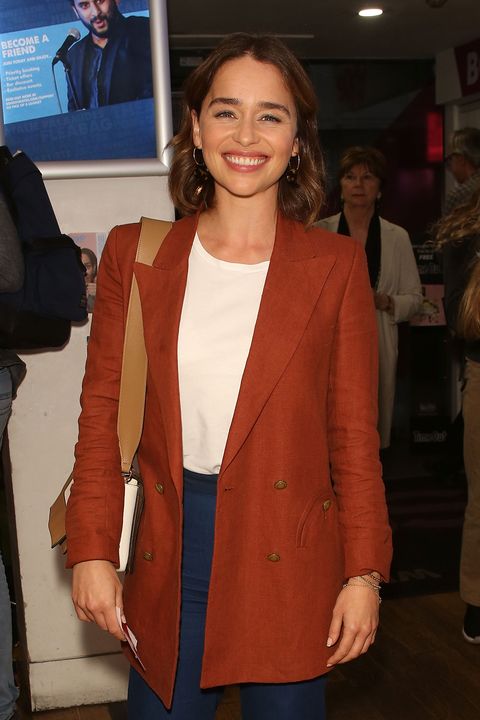