The actress has been busy promoting her new film Lying and Stealing with her co-star Theo James.

But as any A-lister knows, there’s always time to fit in a dinner at a fancy restaurant.

Emily Ratajkowski isn’t afraid to flash the flesh, and it appears the model even likes to serve up dessert herself.

Taking to her official Instagram account, the 28-year-old posed for her 23.3million followers while out to eat.

Leaning on a table with her elbows, Emily pouted with a plate of pancakes in front of her.

Her assets took centre stage as she narrowly avoided a wardrobe malfunction in a skimpy top which plunged down revealing her ample cleavage.

While in Paris, the babe captioned the sexy snap: “12am pancakes.” 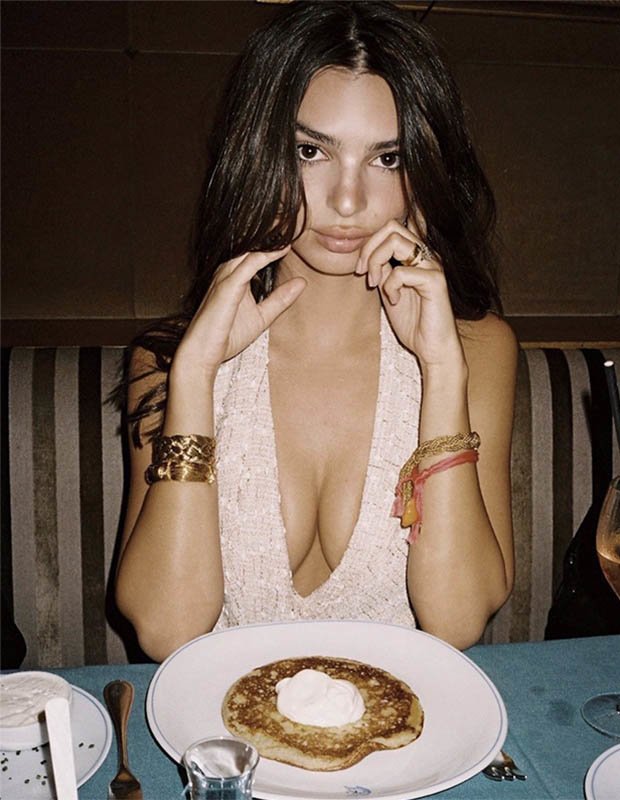 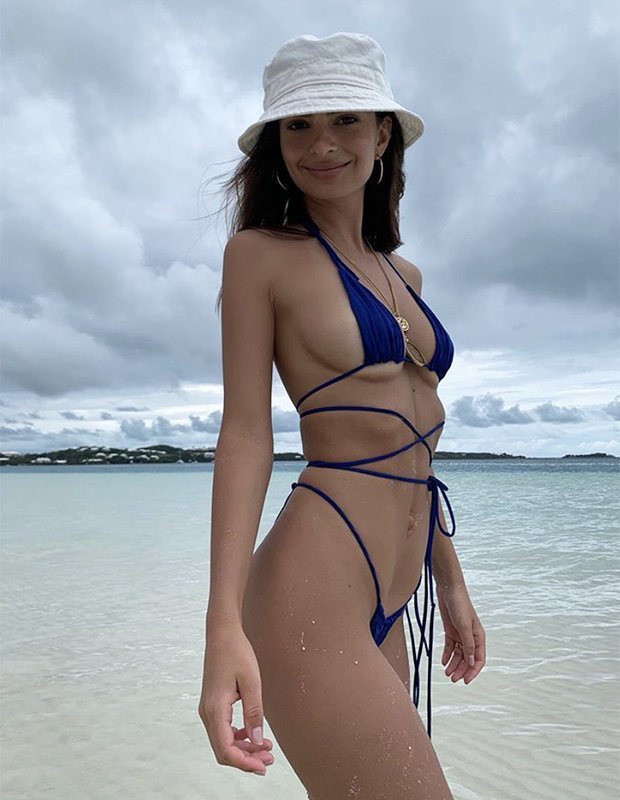 Wearing her brunette hair tousled down her back, she opted for natural makeup with a nude lip.

Covering her arms bangles, Emily – whose husband is Sebastian Bear-McClard – also went natural with his manicure and sported a French tip.

Although confused as to why she only had one pancake, her fans also couldn’t get enough of her sex appeal in the pic. 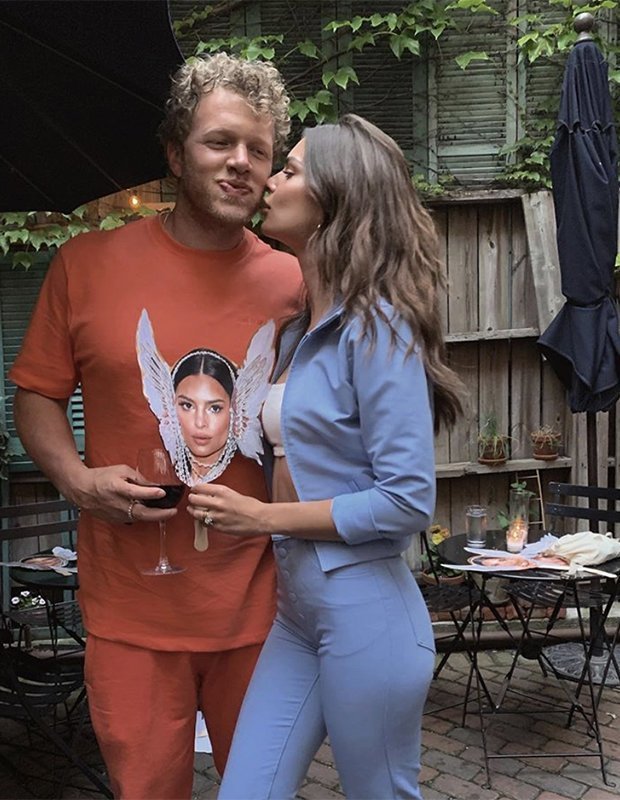 A second commented: “Dessert has arrived,” followed by the peeping eye emoji.

Another wrote: “Beautiful as always.”