Florence Pugh Confirms Split from Zach Braff: I 'Get a Lumpy Throat When I Talk About It' 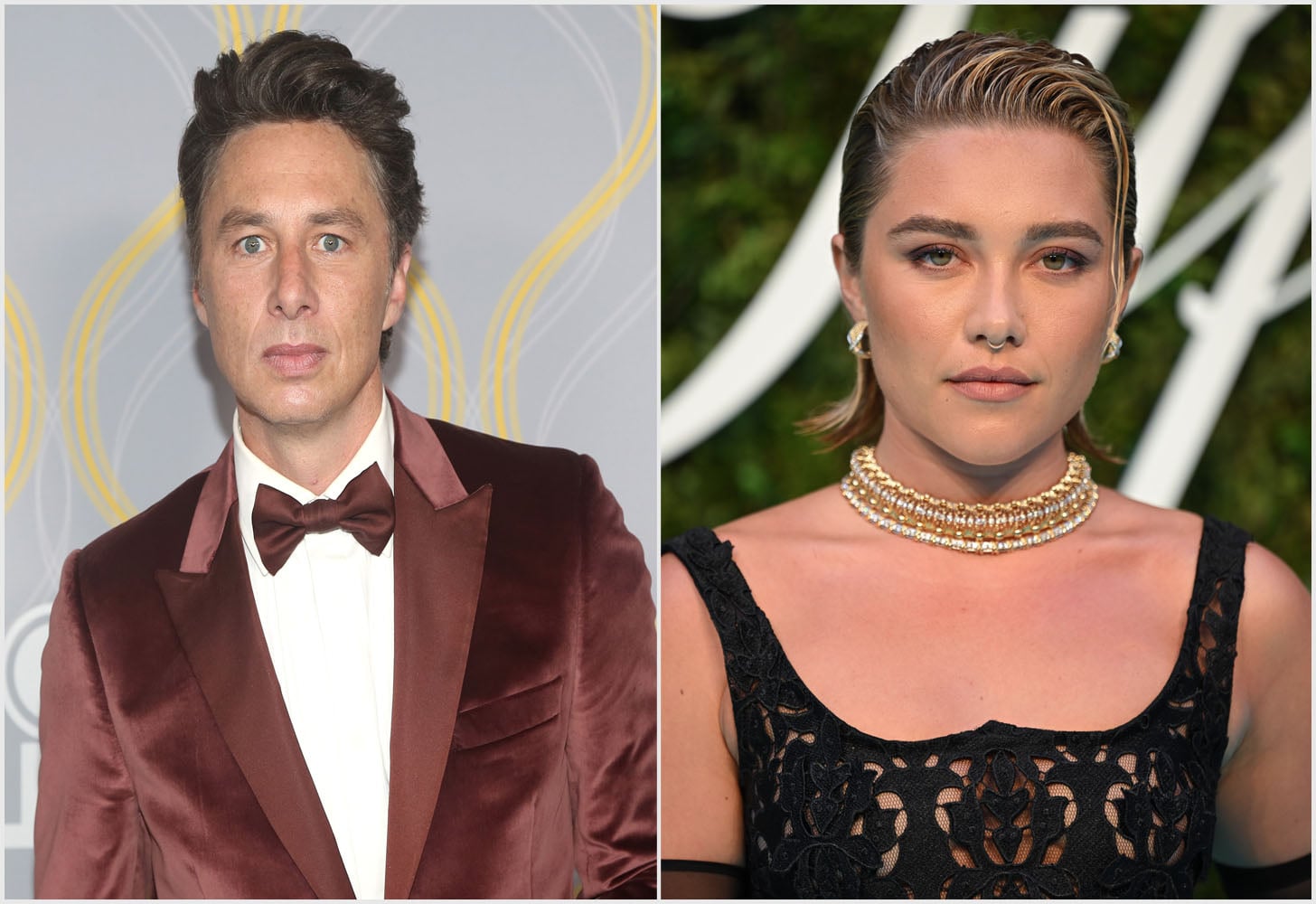 Florence Pugh and her longtime boyfriend Zach Braff have ended their relationship, she confirmed in her Harper’s Bazaar The Icons Issue cover story on Aug. 16.

The “Don’t Worry Darling” actor, 26, said she and the “Scrubs” alum, 47, split earlier this year. She told the outlet they subsequently worked on Braff’s 2023 film, “A Good Person,” together.

“We’ve been trying to do this separation without the world knowing, because it’s been a relationship that everybody has an opinion on,” Pugh told Harper’s. “We just felt something like this would really do us the benefit of not having millions of people telling us how happy they are that we’re not together. So we’ve done that. I automatically get a lumpy throat when I talk about it.”

The now-former couple seemingly got together after working on Braff’s short film “In the Time It Takes to Get There” in April 2019, and were pictured together holding hands in New York City that same month.

As Pugh addressed in her Harper’s interview, much of their relationship was met with public scrutiny due to a 21-year age gap. The “Little Women” star had previously addressed the criticism back in 2020, when she posted a photo of Braff for his 45th birthday on Instagram, which was met with “horrid” comments “hurling abuse.” Said Puth, “I do not need you to tell me who I should and should not love, and I would never in my life, ever, ever tell anyone who they can and cannot love. It is not your place, and really it has nothing to do with you.”

Pugh told Harper’s that she struggles with the public consumption of her private life. “Whenever I feel like that line has been crossed in my life, whether it’s paparazzi taking private moments, or moments that aren’t even real, or gossip channels that encourage members of the public to share private moments of famous people walking down the street, I think it’s incredibly wrong,” she said in the interview. “I don’t think that people, just because they have this job, that every aspect of their life should be watched and written about. We haven’t signed up for a reality TV show.”

In May, speculation about a split from Braff was rampant after Pugh was photographed with “Midsommar” costar Will Poulter and friends on vacation in Ibiza. Addressing the rumors, Pugh called romance reports with Poulter “silly” and point blank told her followers they were “not dating.”