Gemma Atkinson previously confirmed she was leaving her role on the early morning Hits Radio show as she awaits the birth of her baby. Having told her one million Instagram followers she would be leaving the programme as she would be in “no fit state” to greet listeners in the early hours when she was “being woken up by a baby throughout the night”, Gemma Atkinson, 34, was inundated with messages of support. She later uploaded a cute picture which showed her laughing as her boyfriend Gorka Marquez, 28, cheekily squeezed her breast, adding the caption: “Thanks for all your lovely msgs on my last post. We can’t wait to be a mum and dad. Keeping it classy as usual,”(sic) she quipped.

The post came after Gemma informed her followers there would be some big changes after her maternity leave.

“It’s almost time for me to finish work for my maternity leave and take on my new role as being a mum,” she said.

“I’ll be hanging up my headphones on Friday 7th June, but not for too long as I’ll be returning to @hitsradiouk on a brand new drivetime show with the wonderful @wesbutters.

“I figured being woken up by a baby throughout the night will leave me in no fit state to wake you guys up at breakfast,” the mother-to-be explained. “So instead, I’ll be getting you all home from work weekdays with Wes 4pm – 7pm.”

Gemma continued: “Very much looking forward to our new show with lots of fun stuff to chat to you all about!

“In the meantime, it’s mum time. (Wish me luck on nappy duty and sleepless nights),” she added. 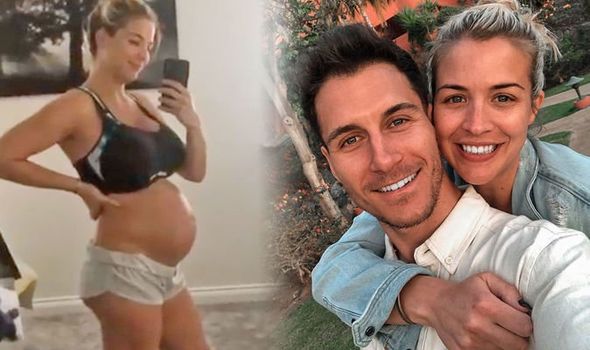 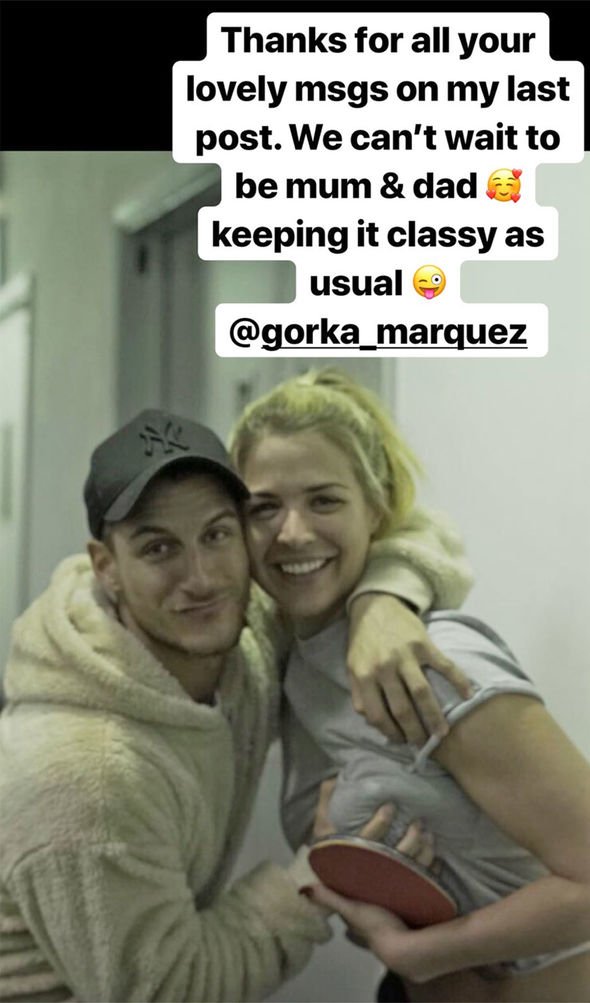 Gorka showed his support for his love by commenting on the post: “So proud of you.”

Fans also praised Gemma following her announcement, with one saying: “Going to miss listening to you on Hits in the morning but so excited for your new journey!”

“You will ace it I’m sure!” a second chipped in. “It is ridiculously tough but super rewarding at the same time! Welcome to the mummy gang!”

“Good luck lovely lady, I love Wes but even better with you on drive time,” a third added.

Gemma and Gorka, who first met on Strictly back in 2017, are thought to be set to become parents in mid-July. 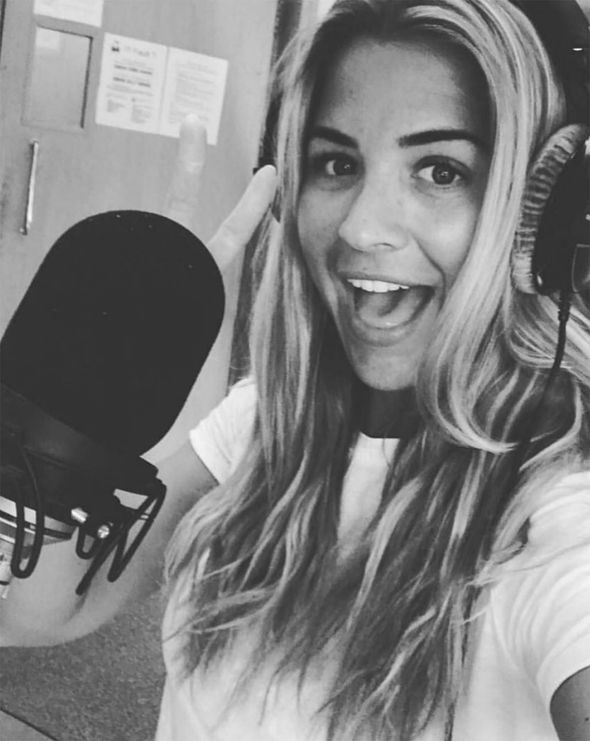 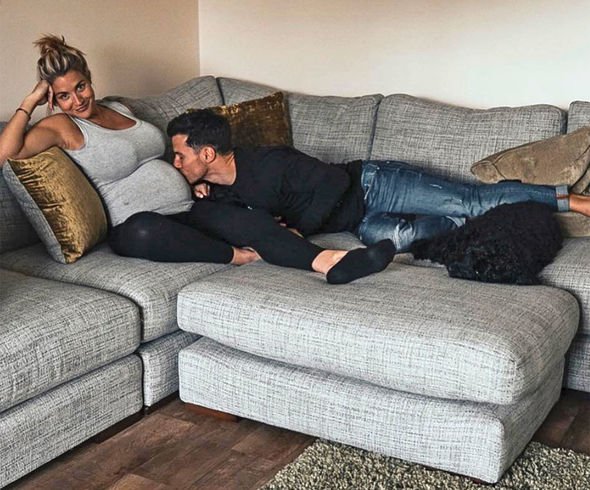 The couple revealed they were expecting back in February, almost one year after going public with their relationship.

Former Hollyoaks actress Gemma was caught up in months of romance rumours with Spanish professional dancer Gorka during her stint on Strictly.

However, they maintained they were just friends until they fell for each other on the live tour at the beginning of 2018.

The hunky dancer is currently on the road with the Strictly Come Dancing: The Professionals live tour.

He is due to embark on the Here Come The Boys tour with fellow Strictly stars Aljaz Skorjanec, 29, and Giovanni Pernice, 28, at the end of next month.