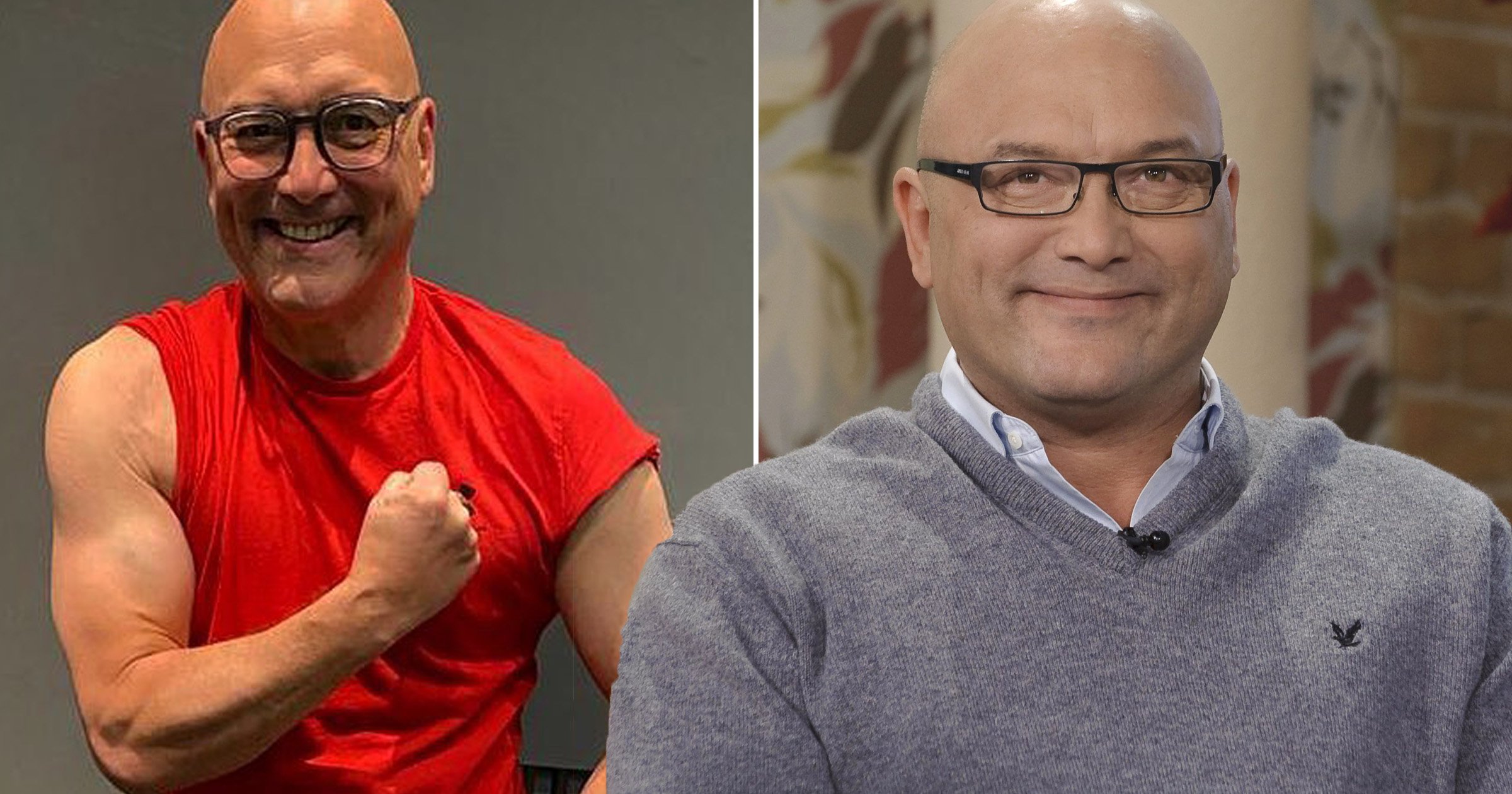 Gregg Wallace has said he asked his wife to buy him tight T-shirts after he lost four-and-a-half stone.

The MasterChef star, 57, whose wife Anna is 21 years his junior, said his trainer Danny Rai encouraged him to wear more form-fitting clothes and shun the shapeless outfits he had worn when he was heavier.

Speaking as he showed off his workout routine in a video for Men’s Health, he said: ‘When I was bigger I used to wear loose shirts and Danny said “You should wear tight T-shirts now.”

‘So I said to my wife “Could you just go online and buy me some tight T-shirts?” because I don’t know how online works because she’s younger than me.

‘And she went “Why is that?” and I said “Oh Danny likes me wearing tight T-shirts” and she went “Really? What else does Danny like you wearing, Gregg?”’

In the video, Gregg demonstrates the pull-ups, chest press, tricep press-ups and bicep curls that form part of his training routine.

Showing off his bird-dog row, he joked over his punishing workouts: ‘For Danny it’s a question of mind over matter. He doesn’t mind and I don’t matter.’

However, the TV personality’s lifestyle change is all about balance, with him joking ahead of the Celebrity MasterChef finals earlier this year that he’s pleased Covid filming protocols meant he couldn’t share a plate of food with John Torode.

Although he admitted that he was sad about ‘not being able to put your arms around people you’ve worked with for nearly 20 years’, he was pretty adamant on the upside of not having to fight over the best bits on a plate with John.

‘That came out of necessity and how brilliant not to have to elbow John out of the way for the choicest bits on the plate. How fantastic is that? “Shall I pick up that bit or may John have dribbled over it already?”

‘Now you get your own plate, it’s absolutely brilliant. So that’s one of the better bits.’

Greg Wallace features in Men’s Health’s How I Build My Body video series on YouTube.