Gwyneth Paltrow, 46, is an ageless goddess in gown as neckline plunges to waist

The actress is famous for her health-conscious approach to each aspect of her life.

And, Gwyneth Paltrow is clearly doing something right, as she looked utterly radiant at an event in Paris on Tuesday.

The 46-year-old donned a plunging white gown for the Valentino Haute Couture show in the French capital.

Loosely tying a chunky gold belt around her waist, she showed off her svelte physique in the pleated low-cut number.

Keeping things light and casual, the dress hung from her shoulders in halter-neck straps, before falling elegantly around her ankles.

The Goop founder added a thick chain necklace and matching cuff by way of accessories.

Her blonde locks were parted in the middle and worn down in tousled waves, beautifully framing her face. 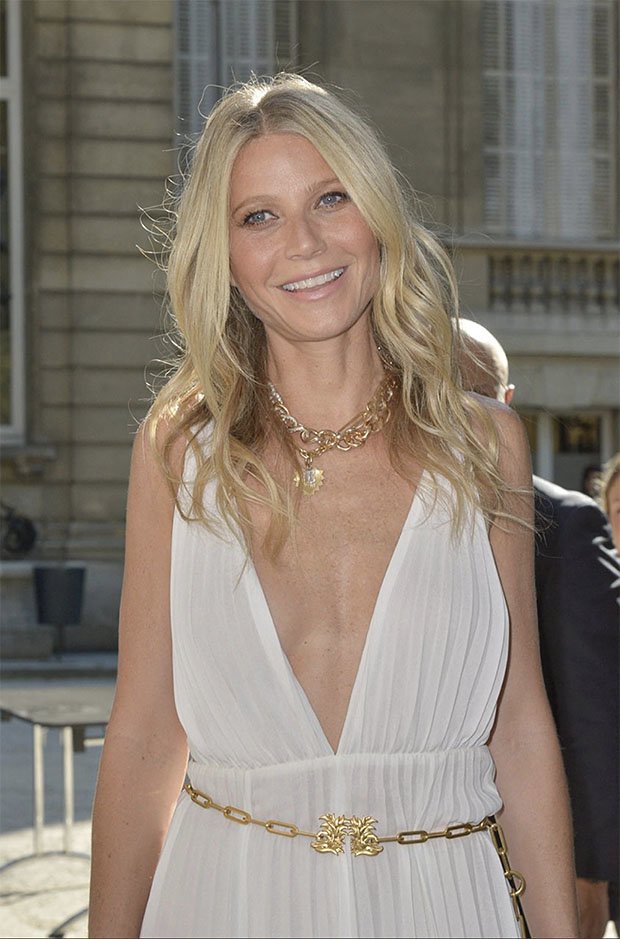 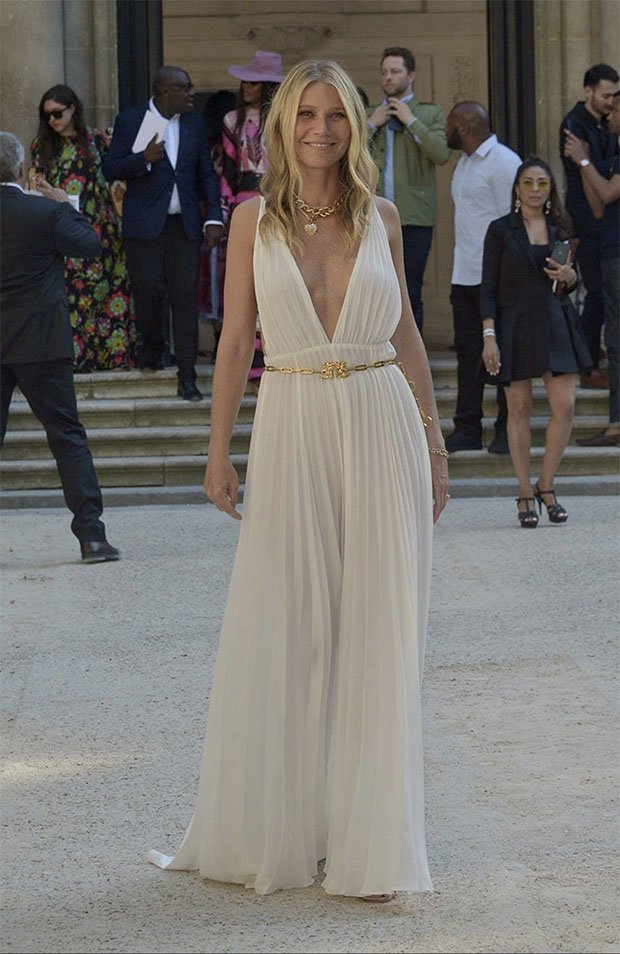 With barely-there makeup and a glowing tan, she looked at the definition of a golden goddess.

The actress-turned-businesswoman made headlines recently when she announced that had decided to live apart from her husband, Brad Falchuk.

Though the two have only been married since last year, they decided that it would make their relationship stronger if they had their own separate digs. 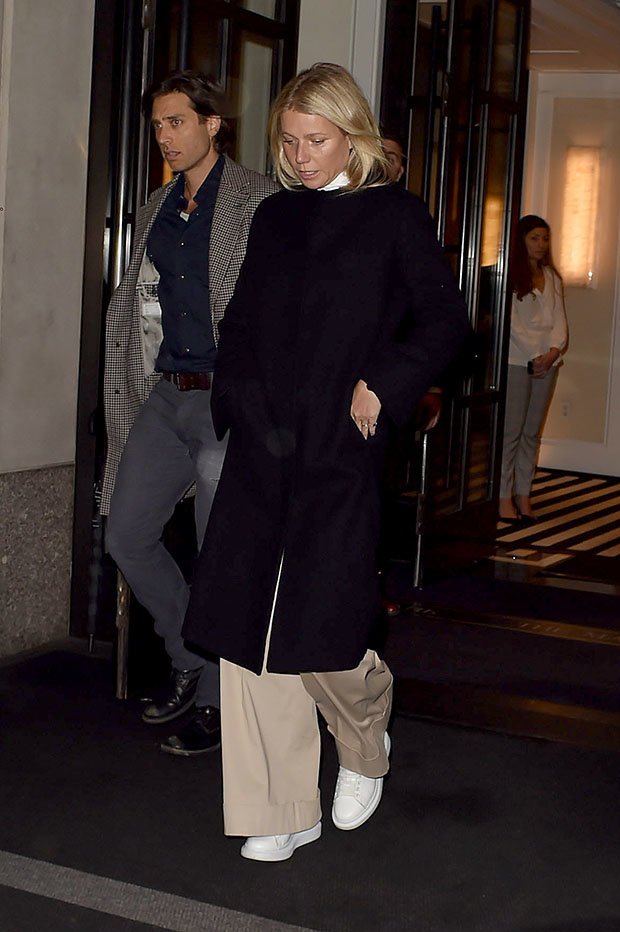 In an interview with The Sunday Times, she said: “Oh, all my married friends say that the way we live sounds ideal and we shouldn’t change a thing.”

The Californian beauty was previously married to Coldplay singer Chris Martin, with the two deciding to “consciously uncouple” – get a divorce – back in 2016.

They share two children together, their daughter Apple, 15, and son Moses, 13.