Harrison Ford was pictured in Croatia with wife Calista Flockhart and seemed to be on the mend following his injury filming ‘Indiana Jones 5.’

Harrison Ford, 79, was joined by wife Calista Flockhart, 56, for vacation in Dubrovnik, Croatia on Sunday, Aug. 9, roughly six weeks after the actor suffered a shoulder injury on the set of Indiana Jones 5. In a photo — which can be seen HERE — Harrison and Calista were snapped smiling for the cameras while venturing around the European city. The Star Wars actor was dressed in a gray T-shirt and pants, while his wife of over a decade dressed in a red sun dress.

Harrison and Calista, who tied the knot in 2010, were also joined by their adopted son Liam Flockhart, 20, for the trip. In another photo, Harrison could be seen shirtless receiving a shoulder massage on the balcony of his villa while Calista and Liam sat together at a table nearby. Liam was adopted by Calista before she started dating Harrison in the early 2000s, and he’s rarely seen out in public with his famous parents. 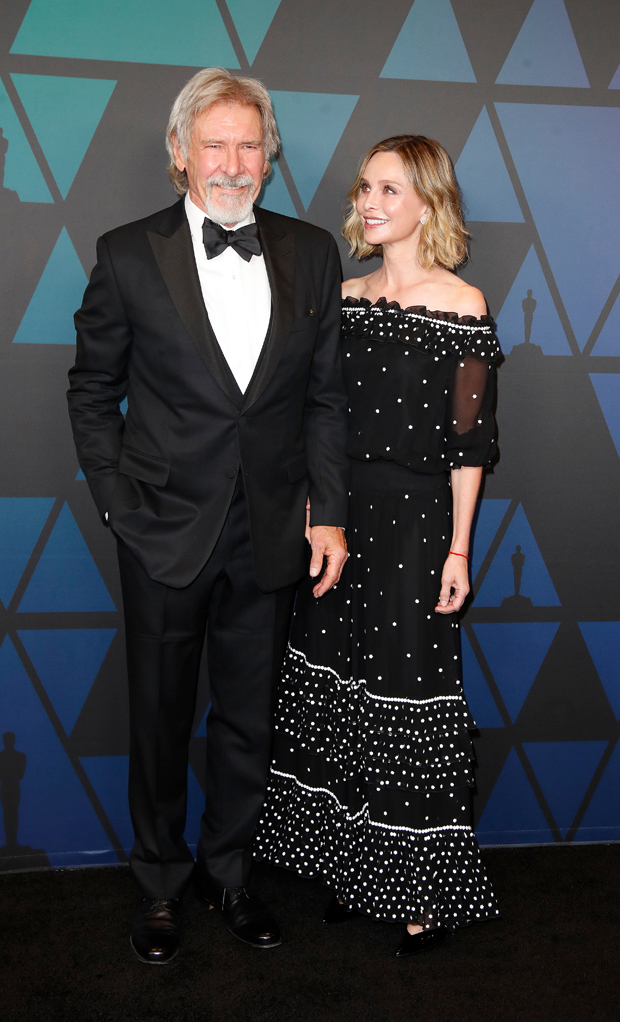 The family of three’s European getaway comes amidst Harrison’s hiatus from Indiana Jones 5 due to his shoulder injury. The medical incident occurred on the set of the upcoming action-adventure film on June 23, Deadline Hollywood reported at the time. The outlet said that Harrison needed medical attention and would be taking a hiatus from filming, which continued under director James Mangold without Harrison.

Following news of the injury, Disney, who is producing the film, issued a statement on the incident. “In the course of rehearsing for a fight scene, Harrison Ford sustained an injury involving his shoulder,” the studio said to Deadline. “Production will continue while the appropriate course of treatment is evaluated, and the filming schedule will be reconfigured as needed in the coming weeks,” they also added. 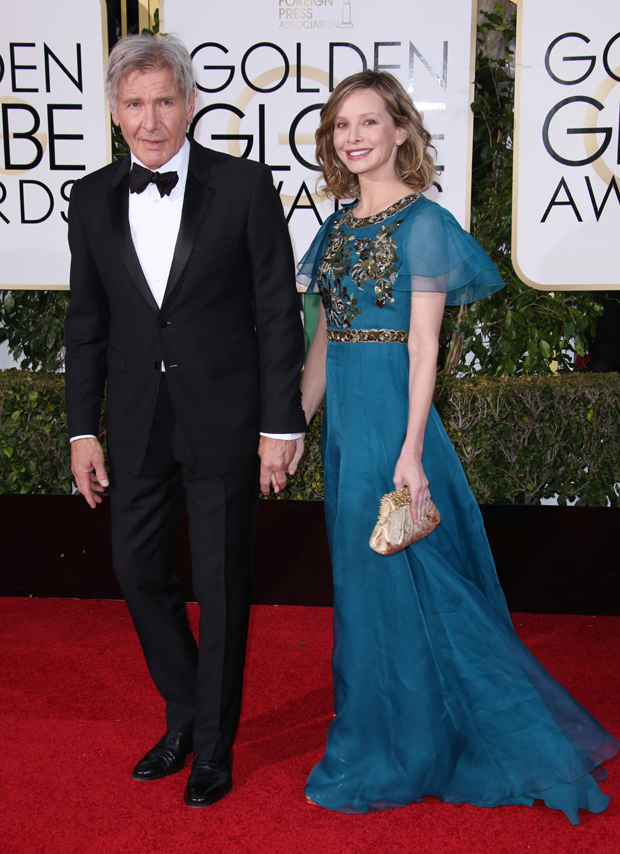 Harrison was been known to get hurt on movie sets before. In 1984, the then 42-year-old sustained a serious back injury while filming Indiana Jones and The Temple of Doom. Years later, he also suffered a leg injury shooting 2015’s Star Wars: The Force Awakens. Harrison last played beloved archaeologist Indy in 2008’s Indiana Jones and the Kingdom of the Crystal Skull.

The fifth installment of the popular Indiana Jones film series began filming in early June 2021 in the United Kingdom. Harrison is reprising his legendary role alongside alongside Phoebe Waller-Bridge and Mads Mikkelsen, who have been cast in undisclosed roles. Details of the plot have yet to be revealed, but the movie is confirmed to be coming out in theaters on July 29, 2022.