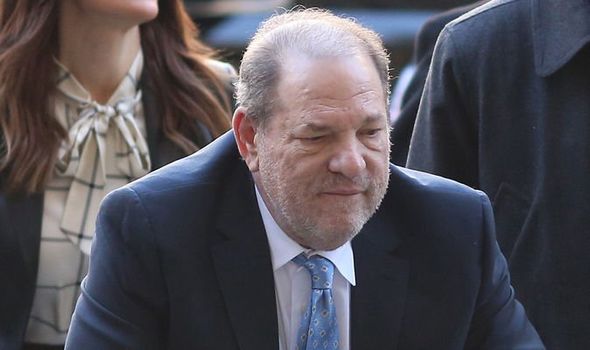 Mr Weinstein, 68, is currently serving a 23-year-sentence for third-degree rape and criminal sexual assault. Now TMZ reports that doctors in prison have placed the disgraced producer in isolation for 72 hours while he waits for the results of a coronavirus test. He was isolated after contracting an 101F (38C) fever, with law enforcement sources claiming he is “doing poorly” with various health issues. Previous reports claimed the producer caught the virus in March, but TMZ claims he was never officials diagnosed.

The producer was sentenced to 23 years in prison in February this year following a trial which saw Mr Weinstein convicted of rape and criminal sexual assault.

Currently he is staying at the Wende Correctional Facility, a maximum security prison near Buffalo, New York.

Should Mr Weinstein test positive for coronavirus he will be transferred to the facilities hospital. 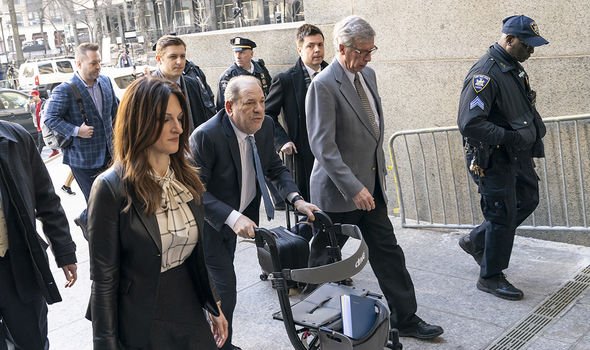 The existing health complications and age of the the disgraced Mr Weinstein puts him at severe risk from COVID-19.

Shortly after the trial, Mr Weinstein was rushed to hospital after complaints of chest pains.

During the trial he was spotted using a walking frame to enter the courthouse, and he has confirmed he suffers from diabetes, heart problems and hit blood pressure.