Helen Skelton, 36, nearly made Sunday Brunch presenter Simon Rimmer, 56, blush with her double entendre on the Channel 4 show this morning. Joining Simon, hist co-host Tim Lovejoy, 51, and today’s guests, the presenter took her place in the kitchen to help whip up a Philly cheesesteak sandwich. While Tim interviewed the Big Week At The Zoo favourite, Simon seared a huge rump steak. When the meat was perfectly medium rare, the chef brought it over to her counter, slapping it down on a chopping board.

“Wow,” Helen exclaimed. “Look at that for a chunk of meat!”

The blonde beauty then shot camera a cheeky glance as Tim burst into laughter.

Struggling to put the racy comment behind him, he stuttered over his words as he tried to soldier on with the show, bringing the topic firmly back to the sandwich recipe.

Once the Philly cheesesteak sandwich was served up on sub-style rolls, Helen made another innuendo-laden comment.

Gesturing towards the massive sandwiches, she jokingly asked who would risk getting their mouth around something that size on live television, referring to risking one’s elegance with such an endeavour. 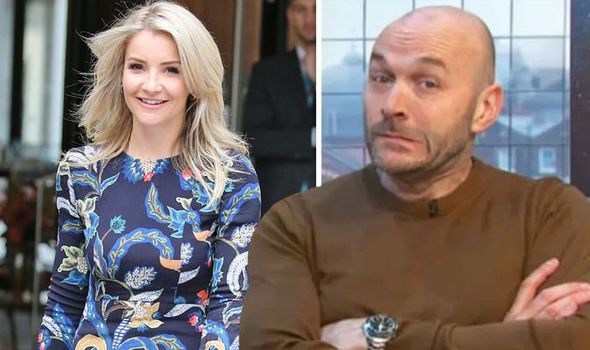 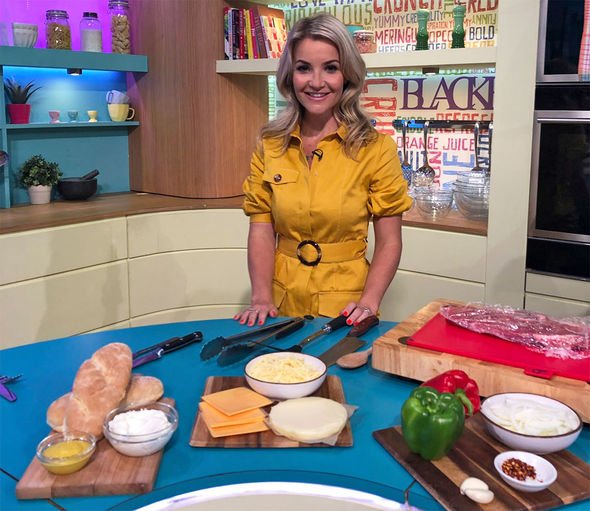 Despite the apparent innocence of her statement, there were a few titters from her fellow guests.

Helen first shot to fame as a Blue Peter presenter, starring on the BBC children’s show from 2008 until 2013.

She later joined the line-up on Countryfile and is currently fronting Channel 5’s Big Week At The Zoo.

The presenter has also hosted sports coverage for the BBC, including the 2016 Olympics and the European Swimming Championships. 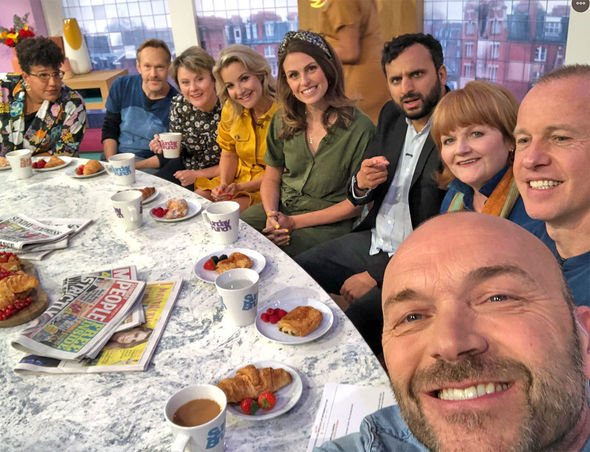 In 2017, Helen gave birth to their second son Louis after dramatically giving brith on their kitchen floor with the help of firefighters, who were the closest emergency service.

Tim and Simon, meanwhile, have hosted Sunday Brunch since the cookery show began airing on Channel 4 in 2012.

They started the programme after their BBC show, Something for the Weekend, came to end following a seven-year run.

Sunday Brunch airs Sundays at 9.30am on Channel 4.