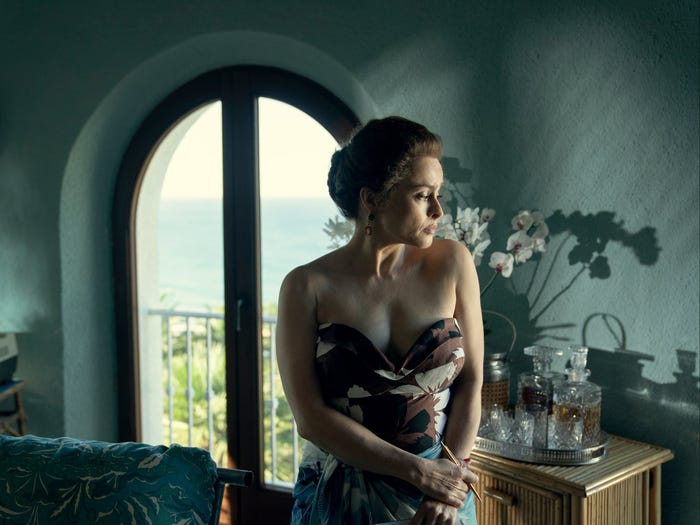 Helena Bonham Carter says "The Crown" has a "moral responsibility" to tell viewers that it is a work of fiction and not historical fact after the show faced some criticism from royal supporters.

The actor, who has played Princess Margaret in the last two seasons of the Netflix series, said during an interview on the show's official podcast that she feels "very strongly" that audiences should be made aware of the distinction between the show and the "real version" of events.

"It is dramatized. I do feel very strongly, because I think we have a moral responsibility to say, 'Hang on guys, this is not … it's not a drama-doc, we're making a drama.' So they are two different entities," she said.

Bonham Carter did, however, praise the show's writer and creator Peter Morgan for his extensive research on which the show is based. "That is the proper documentary," she added. " That is amazing and then Peter switches things up and juggles."

Her comments come after British culture secretary Oliver Dowden said he will be writing to Netflix to make a "formal request" that a fictional disclaimer is added to the beginning of "The Crown" so that younger viewers who did not live through the events do not misinterpret the show as historical truth.

"It's a beautifully produced work of fiction, so as with other TV productions," Dowden told the Mail on Sunday. "Netflix should be very clear at the beginning; it is just that. Without this, I fear a generation of viewers who did not live through these events may mistake fiction for fact."

Bonham Carter herself has ties to the royals. Her uncle, Mark Bonham Carter, once dated the woman she portrays: Princess Margaret. "It's weird, I basically went out with my uncle," she told The Sun last year.

Season four of "The Crown" premiered on Netflix earlier this month, and the show follows the British royal family from the late '70s until the early '90s during events such as the Falklands War, the breakdown of the marriage of Prince Charles (Josh O'Connor) and Princess Diana (Emma Corrin), and the rocky relationship between then-Prime Minister Margaret Thatcher (Gillian Anderson) and the Queen (Olivia Colman).

During a recent interview on the same podcast, Peter Morgan admitted that he completely "made up" certain scenes but he defended his right to dramatize events. "There is a constant push-pull," he said. "I've learned, to my cost, that when you're really only focused on research, the drama suffers."

The royal family refuses to watch 'The Crown' because it's too close to reality, according to a royal biographer