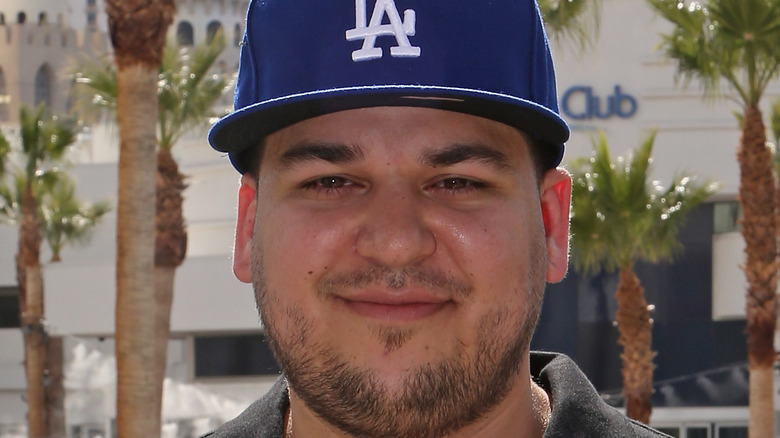 As the sole man in a family full of women, Rob Kardashian has frequently struggled to make an impression in his own right. It doesn’t help matters that he’s named after his father, the legendary lawyer Robert Kardashian, which understandably sets someone up with an expectation of doing great things. The younger Kardashian appeared on the hit show “Keeping up with the Kardashians” for several seasons, but, in recent years, he’s stepped back from the spotlight, with People even describing him as a “recluse.”

The father-of-one has struggled extensively with his weight over the years, even missing sister Kim Kardashian’s wedding to Kanye West as a result. Of his withdrawal, the reality star explained, “I wasn’t happy with myself so I didn’t want my family to see me that way.” Kardashian has made strides in recent years to be happier and healthier, with ET confirming through an insider that he prefers to work on himself out of the limelight. He’s had several business ventures during that time, too, as per Screen Rant.

Kardashian may not have followed in his father’s footsteps to become a lawyer, but his college education was impressive, regardless.

Rob Kardashian wanted to follow in his father's footsteps 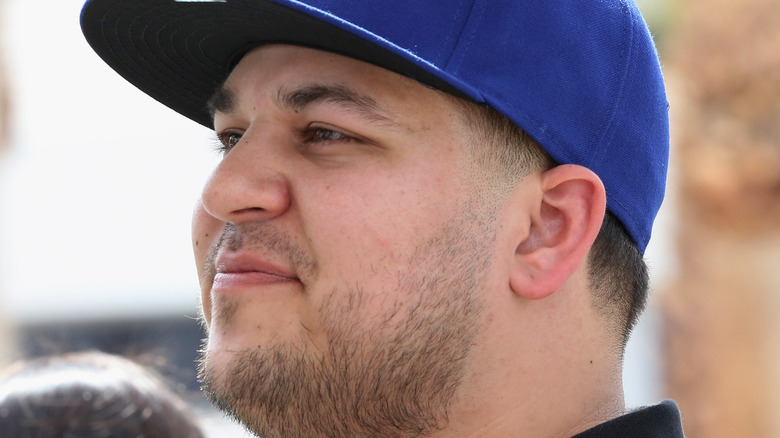 As Screen Rant details, Rob Kardashian has had his hand in several businesses over the years, including, perhaps most infamously, a luxury sock line. However, at one point, he at least considered becoming a lawyer, just like his dearly departed father, who notoriously defended O.J. Simpson in his 1995 murder trial. According to The Atlantic, Kardashian graduated from the University of Southern California’s Marshall School of Business in 2009. However, just a few years later, he tweeted, “Going to law school very soon and so excited and can’t wait! School just never ends for me!”

Sadly, USC’s Law School, which was tagged in the post, soon replied to clarify, “News to us. Wish him luck at the law school he’s really attending.” Regardless of what happened, Kardashian’s college education spurred him on to creating his Arthur George sock line, with the budding entrepreneur telling Vibe in 2014, “Socks is just a starting point to doing apparel and streetwear. Everybody needs socks. We’ve only been around for like a year or so. We’re just a work-in-progress but it’s doing good. We’re growing.”

He may not be a lawyer, but Kardashian is definitely successful in his own right.