Holly Willoughby, 38, and Phillip Schofield, 57, were joined by Strictly Come Dancing 2019 pair Anneka Rice, 60, and Kevin Clifton, 36, on the show today. During the This Morning interview, the former Treasure Hunt and Challenge Anneka star opened up about her motivation behind doing Strictly. Anneka said she had signed up for the series after taking an extended break from TV work. “What’s happened to me this year, Holly, I feel like I’m on a gap year,” she explained. “My youngest son’s just left for university, so I’m sort of out that.

“My eldest son’s just got engaged and I’ve got a gap year before the next family event.”

Clarifying her reasons behind stepping away from TV, Anneka made a strange revelation, saying she ditched TV because of her children.

“You know when you’re bringing up children, you work hard not to embarrass them?” she said, laughing: “My way of doing that was to stop doing television altogether.”

Giggling, mother-of-three Holly addressed the concept of quitting herself, joking: “Okay, is that what I need to do?”

However, the This Morning favourite didn’t appear convinced by the idea, seemingly not swayed towards taking a similar path herself.

Meanwhile, Anneka went on to say she had grabbed the opportunity to return to TV with enthusiasm now that her responsibilities as a mother have shifted somewhat. 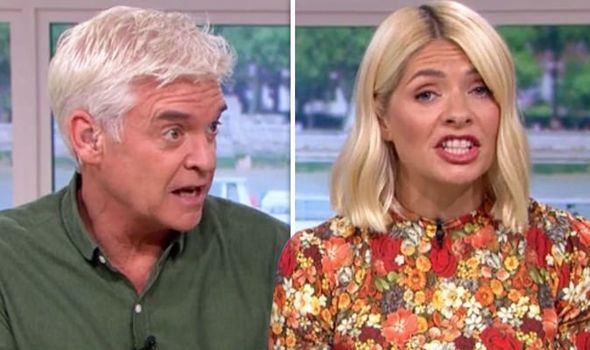 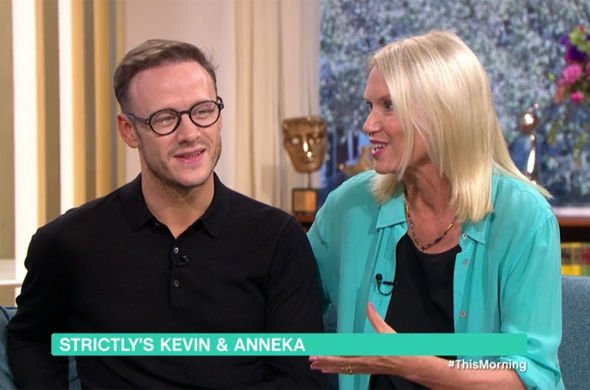 “Now I’ve gone absolutely reckless on myself,” she laughed, referring to the daunting task of competing on Strictly Come Dancing.

Holly was also left in hysterics during the interview after Kevin Clifton reacted to a very awkward “close call” with Anneka Rice.

Patting her Strictly partner on the leg as she spoke, Anneka became distracted, exclaiming: “What’s that?!”

Howling with laughter, presenter Phillip joked the Strictly ‘curse’ had struck, while Kevin chuckled: “Didn’t expect that this morning!”

Elsewhere on This Morning, stylish Holly showcased her fashion sense once again in floral midi dress with long sleeves. 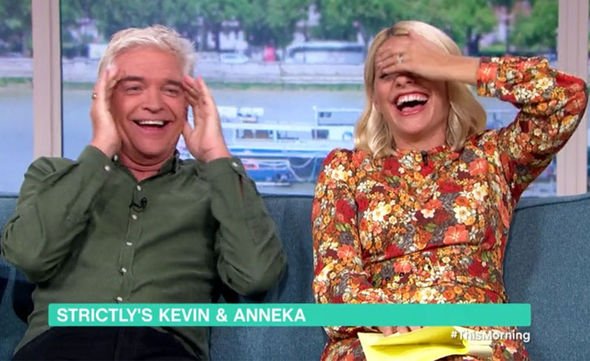 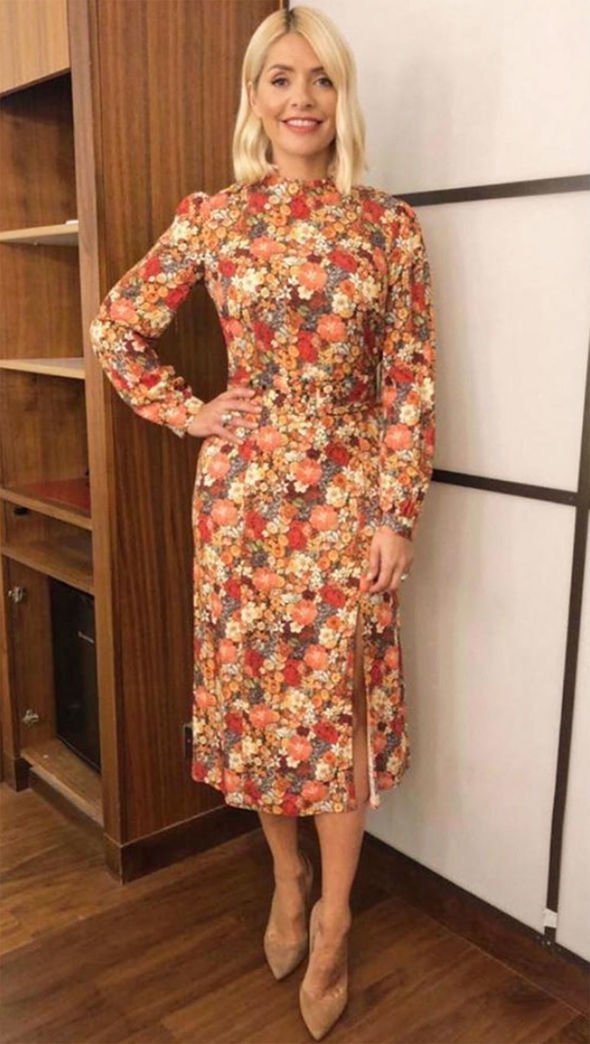 The patterned number, from Warehouse, boasted a model thigh split and tailored to highlight her slender figure.

As usual, fans went wild for the look when she unveiled the outfit on Instagram in view of her 5.8 million followers.

“Looking hot Holly,” another praised, while a third added: “Looking amazing as always! Dressed for the season too.”

This Morning airs weekdays at 10.30am on ITV. Strictly Come Dancing 2019 continues Saturday at 6.40pm on BBC One.