Hunting high and low for the often elusive crab populations that live in the wilds of the Bering Sea is not an occupation to be taken lightly. It’s dangerous, difficult work that demands toughness from the individuals who have made it their living, and that resilience is the dramatic core at the center of “Deadliest Catch,” the Discovery Channel hit that just keeps enduring after 17 seasons at sea. But while the captains and crew members of the Bering Sea fleet are definitely built to last, they, just like everyone else in the world, were forced to reckon with the COVID-19 global pandemic. Safe to say, it knocked them back some.

“COVID is real,” Captain Keith Colburn wrote in April on Twitter. “I’m sharing my story in the hopes that it may help you take actions to steer clear of this virus.” The skipper of the F/V Wizard posted an accompanying video of himself in a hospital bed, hooked up to an oxygen tube. It was a long way from the pilothouse of his beloved boat, but Colburn was determined to get back to work crabbing. And in an exclusive chat with Nicki Swift, he gave us an update on how his diagnosis is going. 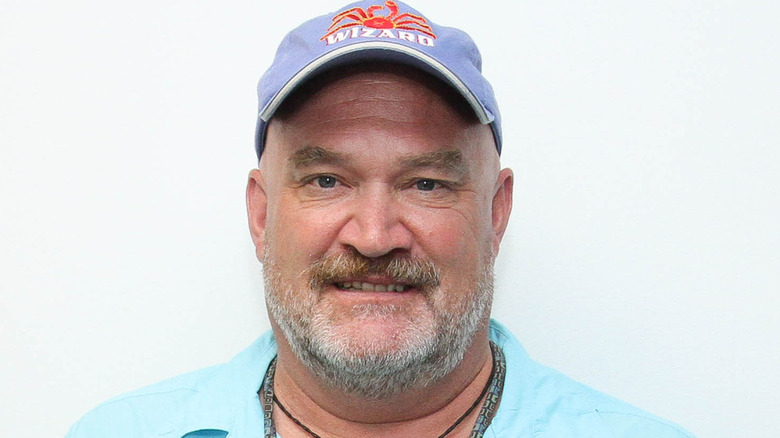 In his 25 years at the helm of the F/V Wizard, Captain Keith Colburn of “Deadliest Catch” has seen everything that the sea can throw at him and faced it head on. That’s why it was such a blow when complications stemming from COVID-19 took him out of the water and into a hospital recovery room. “You know, I pride myself in being, like, Mr. Safety,” Colburn told Nicki Swift in an exclusive interview. “Yeah, except when it comes to [my] body, which is on the homestretch of COVID.”

His cantankerous sense of humor intact, Colburn explained how challenging, and a little unnerving, it’s been to be sidelined, even as the Wizard was out on the open water, getting battered by waves the size of a locomotive. “I got my bottle next to me,” Colburn said, referring to his ever-present oxygen. “And there’s been eight days, 10 days in quarantine. After about a month or so, it’s been a little bit of an ordeal, I would think it’s different. I’ll tell you that right now.”