It Starts On The Page: Read Steve Martin & John Hoffman’s Pilot Script For ‘Only Murders In The Building’

Only Murders in the Building‘s comedic approach to the true-crime obsession took viewers on a thrilling 10-episode whodunnit journey. Steve Martin, Martin Short and Selena Gomez drew critical acclaim for their performances as the lead podcasting trio, landing the series a Season 2 renewal after only five episodes aired. The second season premieres June 28 on Hulu.

The pilot episode, “True Crime,” is the latest installment of It Starts on the Page, Deadline’s annual series that highlights the scripts that serve as the creative backbones of the buzzy shows that will define the TV awards season. The scripts in our series are all being submitted for Emmy Awards consideration this year and have been selected by Deadline using criteria that includes critical acclaim, selecting from a wide range of networks and platforms and a mix of established and lesser-known shows.

Created by Martin and John Hoffman, this mystery-comedy revolves around a trio of strangers who decide to investigate a suspicious death in their apartment building and start a true-crime podcast. When the police rule the death a suicide, it falls on retired actor Charles-Haden Savage (Martin), struggling Broadway director Oliver Putnam (Short) and childhood friend of the victim Mabel Mora (Gomez) to discover what actually happened.

“True Crime,” written by Martin and Hoffman, begins with cops swarming the Arconia lobby as Charles and Oliver frantically search for Mabel, only to find her bloodied and on the floor next to a dead body in a tie-dyed hoodie. The story cuts to two months earlier, with each character introduced separately as they do not one another yet. A sudden death in the building connects the trio as they bond over their obsession with a true-crime podcast.

The Partnership: How Steve Martin, Martin Short & Selena Gomez Became A Triple Threat For ‘Only Murders In The Building’

Click below to read the pilot script “True Crime”: 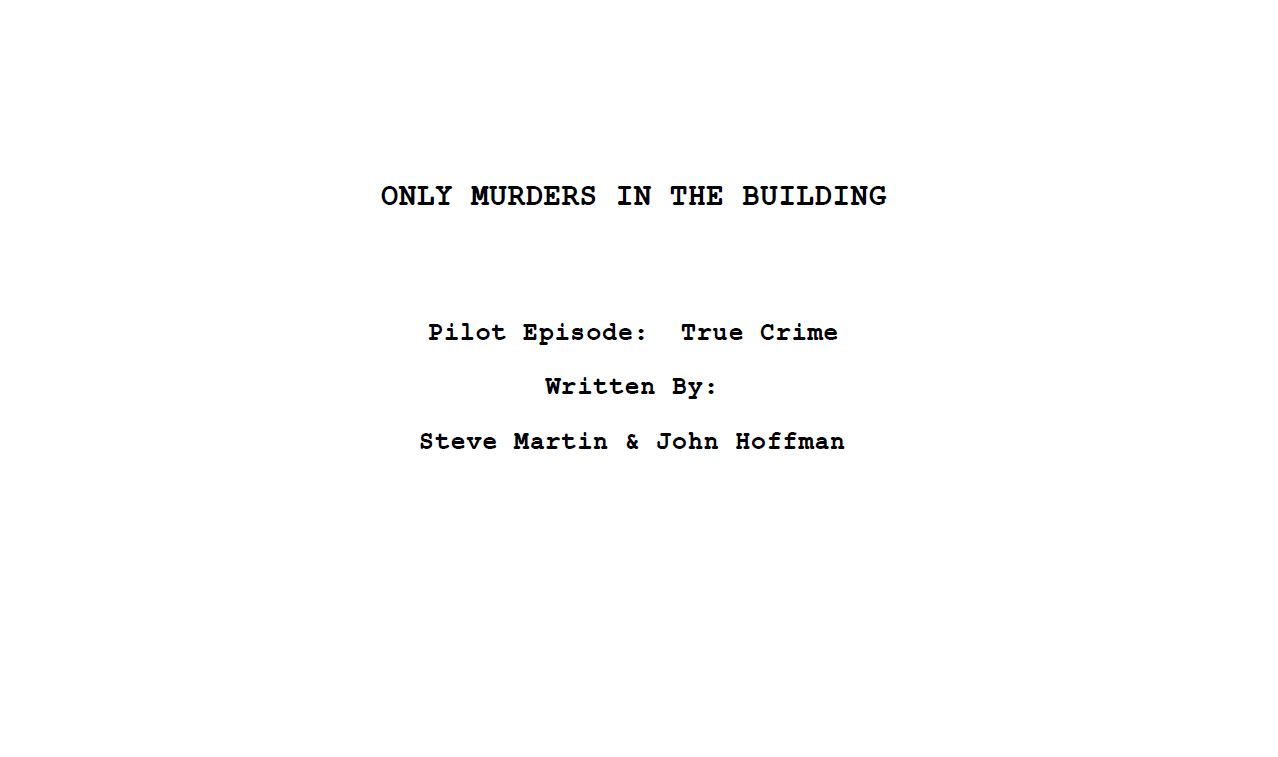 It Starts On The Page

It Starts On The Page: Read The Season 2 Premiere Of ‘Bridgerton’ Written By Chris Van Dusen

It Starts On The Page: Read Jesse Armstrong’s Script For ‘Succession’s Season 3 Finale

It Starts On The Page: Read The Season 1 Script “The Strong Black Woman” From Amazon Prime’s ‘Harlem’