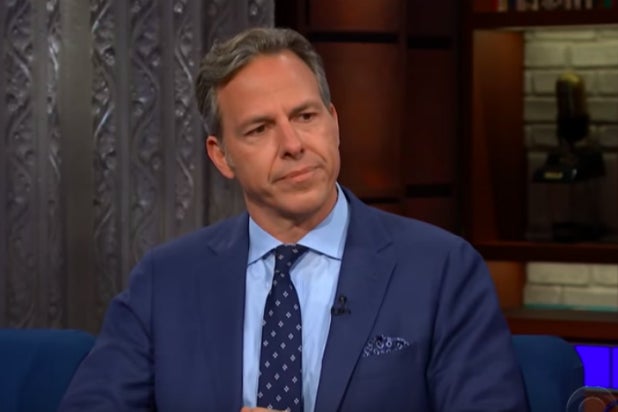 As the Trump Era draws to a close in Washington, Jake Tapper reflected on covering the past four years in a discussion with CNN compatriot Brian Stelter on “Reliable Sources.” The two talked about how during the Trump era their decisions on who in the White House to interview changed, particularly as it became clear that the administration would not provide much factual information.

Tapper said that at the start of Trump’s presidency, he regularly interviewed senior adviser Kellyanne Conway, but felt that the news value of such interviews diminished as he came to see her as a “filibusterer and a subject changer” who tried to dodge his questions. By the time the 2020 election began, he decided that there were some figures in Trumpworld that he simply didn’t want to have as guests on his CNN show “State of the Union.”

“There are some people that are so mendacious, I just wouldn’t put them on air,” Tapper answered. “Kayleigh McEnany, I never booked her. Jason Miller from the Trump campaign, I would never book him. These are just people who tell lies the way that most people breathe. There was no value in that.”

McEnany lashed back on Twitter, calling Tapper’s interview with Stelter “a therapy session for a broken network” and saying that Tapper is “lazy enough to participate by lobbing baseless personal attacks, with ZERO evidence.”

“Jake’s real problem: I do not leak. I do not lie. But I DO call out the lies of the media (i.e. CNN Russia collusion hoax!),” she tweeted.

Trump’s rise and fall from the presidency has been marked by heated attacks by him and his administration against CNN, with the network in turn relentlessly correcting the false claims issued by the president on Twitter and in public appearances. Despite the tension, Tapper recently on “State of the Union” said that Trump has exposed the true state of American democracy and revealed who is committed to defending it, particularly as the president has pushed unproven claims that the 2020 election was stolen from him.

“Many Americans hoped that most Republican officials, while they agreed with Trump’s policies, did not like the uglier parts of his style, his willingness to lie or smear to achieve his ends. But President Trump made House Republicans go on the record,” he declared. “He made them stand and be counted, and 126 of them, including Republican Leader Kevin McCarthy and Republican Whip Steve Scalise, they actually signed their names to this, this unconservative, undemocratic, un-American, mendacious joke of a lawsuit that would disenfranchise millions of their fellow Americans.”

Watch Tapper’s remarks on “Reliable Sources” in the clip above.