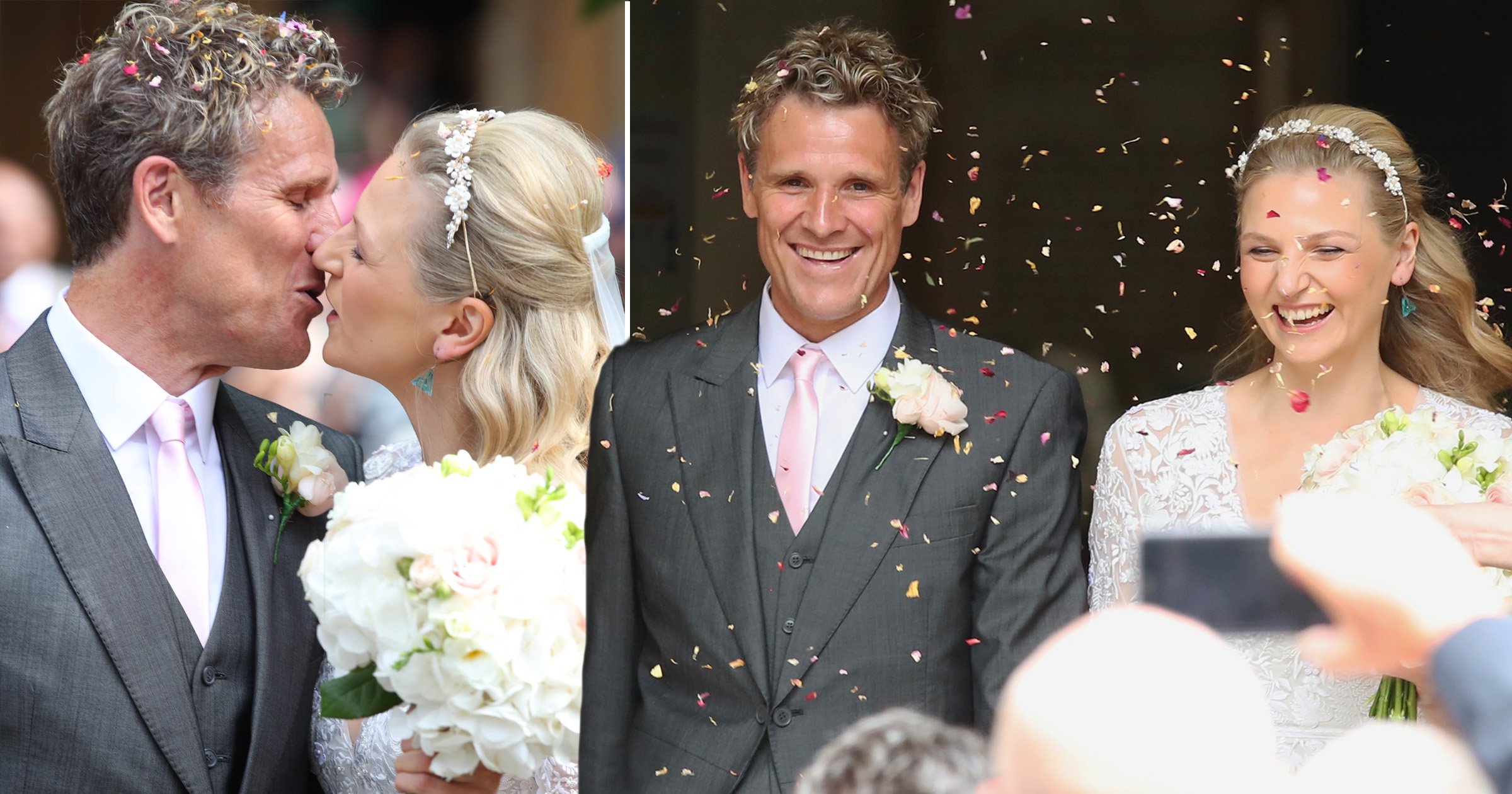 James Cracknell and Jordan Connell have officially tied the knot, with the pair beaming as they became husband and wife.

The Olympic rower, who announced his engagement earlier this year, and his new wife enjoyed a ceremony at The Parish Church of St Luke in Chelsea and were showered in confetti as they exited the church.

Jordan, 35, looked beautiful in a floor-length white gown with lace detail, with the financier holding her husband’s hand and laughing in the sweet snaps.

The pair’s wedding date – August 27 – could also be seen embroidered on her sleeve.

James, 49, was suited and booted, looking suave as he sported a pink tie that matched his wife’s gorgeous bouquet of flowers.

As friends and family looked on, the happy couple also shared a kiss.

The bride and groom then joined their wedding guests on two double decker red London buses which transported them to a ceremony at the Royal Automobile Club in central London.

Among those sharing well-wishes for the happy couple was James’ ex-wife Beverley, who referenced their marriage and the athlete’s brain injury in 2010, when he was hit by a truck while cycling for a TV series.

The author and podcast host, who was married to James from 2002 to 2019, wrote on Twitter: ‘Huge congratulations from us both to @jamescracknell who gets married today to a wonderful woman who makes him happy.

‘Marriage, brain injury and divorce was never Plan A. But to anyone currently in the dark, the sun WILL come out again one day.’

James and Jordan first met at Cambridge University in 2018, when he returned as a mature student to study a masters in evolution.

The loved-up pair announced their engagement in The Times earlier this year.

The announcement read: ‘The engagement is announced between Mr James Edward Cracknell, OBE, son of Mr and Mrs John Cracknell, of London, and Jordan Rebekah Davis Connell, daughter of the late Mr Barry Connell and of Mrs Rosemarie Connell, of New York City.’

Jordan previously opened up on the impact she feels like she’s had on his life.

She explained: ‘I like to think I make him happy, too.

‘When internet trolls were making cruel comments about his dancing and “wooden personality” on Strictly I thought, “How can you put that? You don’t know him.” I know he feels things very deeply.’