James Middleton on his royal connections: ‘I lead a separate life to them’

James Middleton, by his own admission, has had a charmed and privileged upbringing. And yet, life for the youngest of the Middleton clan hasn’t all been plain sailing. In the August issue (on sale Thursday 27 June), he speaks openly to @conwayc2 about his sudden ascent to fame aged 23, when his sister married the future King of England. With two famous sisters, five dogs – and lots of big ideas. Is James Middleton happy at last? Link in bio for an abridged version of the interview. Photographed by @_matthind, styled by David Nolan.

Curiouser and curiouser, how Tatler is being helmed by one of the Duchess of Cambridge’s friends now and Tatler has started making some interesting editorial decisions. Remember that awful, nasty story about Meghan that came out in March? It was from Tatler. Remember how Tatler wouldn’t breathe a word about the affair rumors when they wrote about Rose Hanbury’s appearance at the Trump state dinner? So curious. And now, magically, Tatler got an exclusive with James Middleton. The editorial is James and his dogs outside, being cute (the dogs moreso than James). The interview is all about how James is his own (Nazi marshmallow?) man, and it’s a follow-up on the exclusive he gave the Daily Mail this past January, where he openly discussed his ADD and depression diagnosis and credited Kate and William’s Heads Together campaign for his ability to talk about his mental health. Some highlights:

When Kate married William: His sudden ascent to fame aged 23, when his sister married the future King of England…. led to him questioning his sense of self and his abilities – and the business he was in the midst of establishing, Boomf, came under public scrutiny and scorn. ‘Suddenly, and very publicly, I was being judged about whether I was a success of a failure. That does put pressure on you. Because in my mind I’m doing this irrespective of my family and events that have happened.’

He’s a big idea guy: “For the rest of my life I’ll be coming up with ideas. Some of them will work, some of them won’t, but that’s me, that’s what I do.”

His crippling depression: “It’s what keeps you in bed, while anxiety makes you feel guilty for being there. I thought ‘What do I have to be depressed about?’ I’ve been so lucky with my upbringing, I had all the things I wanted. It’s not that I wanted more, but there was something that wasn’t always there… And the more I ignored it, the more it was taking over.’ His parents ‘knew something wasn’t right, but I didn’t want them anywhere near me. I shut myself off, I didn’t communicate with my family at all. But there’s only so long you can hold your breath.’

He’s not a tour guide: After he was diagnosed with depression, he underwent a period of intense therapy, stepped back from the operational running of his business Boomf and spent restorative time at Glen Affric, the Matthews’ (his brother-in-law’s) Scottish estate. Promotional photos emerged of James as a host and he was lambasted for working there. He groans: ‘I don’t work as a hotel tour guide. I was a host and I still do host the odd weekend, because I like being there. But I don’t stand around with a little flag pointing out where William Wallace was last seen.’

His parents questioned his decision to talk to the Daily Mail. ‘They were very nervous. They worried I would be exposing myself over what was a very private thing. I did it for ownership.’

He’s happy now: ‘I am happy – I feel like James Middleton again. I feel like I was when I was 13, excited about life. I feel like myself again and I couldn’t ask for more.’

“I don’t work as a hotel tour guide. I was a host and I still do host the odd weekend, because I like being there. But I don’t stand around with a little flag pointing out where William Wallace was last seen.” Kind of snide about tour guides, eh? Mr. Fancypants is too good to be a tour guide, he’s a HOST. If you pay enough money, you too can have your private party hosted by the brother-in-law of the future king of England. As for the rest of it… I mean, I would nitpick him about his choices, but honestly, what’s the point? The best day of the Middletons’ lives was when Kate married William. Carole got everything she ever wanted, and she threw Pippa in the path of every rich and/or titled man and they got a fancy new family home and on and on. I didn’t notice James complaining about his separate life when he was using all of his royal-adjacent connections to get people to invest in Boomf. 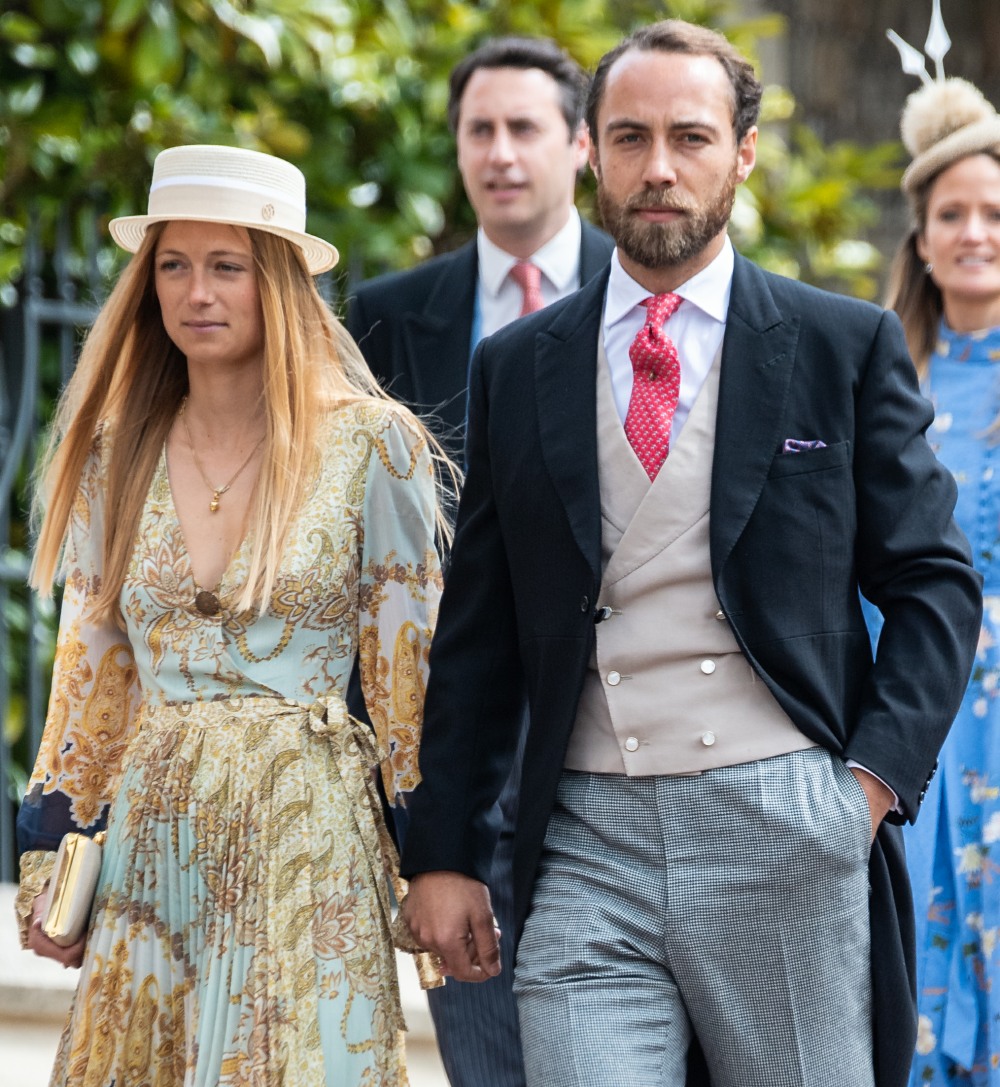