Johnny Depp‘s former attorney and confidante Adam Waldman has been needling Twitter to show that Depp’s ex-wife Amber Heard not only did not donate her $7 million divorce settlement to charity but that she also lied about donating $3.5 million to the ACLU. 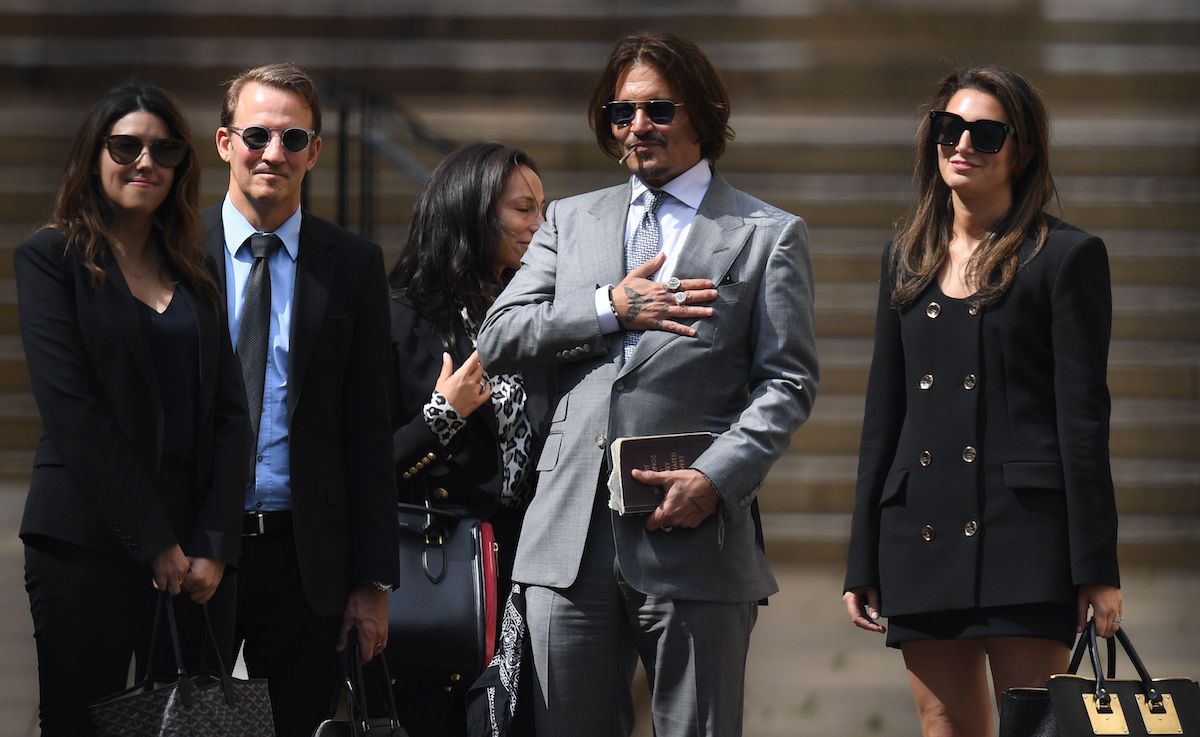 Depp has accused Heard of keeping the $7 million divorce settlement. She originally said she had donated it to Children’s Hospital Los Angeles and the ACLU, Daily Mail reports. Waldman represented Depp throughout his divorce trial. But he was removed from his legal team when a judge found that Walman leaked confidential information to the press.

Waldman’s Twitter went dark shortly after his dismissal in Oct. But he recently started tweeting daily about the alleged $7 million donation, sharing statements from the settlement.

Documents shared with Daily Mail point to Heard only donating about $100,000 to the ACLU, significantly short of the $3.5 million. The organizations that were supposed to receive the donations did not provide a statement. However, Heard’s lawyer spoke to Daily Mail.

Heard’s attorney Elaine Charlson Bredehoft offered no details on the amounts already given to either organization. But she said Heard would “eventually” fulfill the $7 million in donations. She then said the reason Heard delayed in making her donation was due to Depp forcing her to spend millions of dollars to defend herself against “false accusations” in the defamation case.

Waldman directly addressed the hospital in a tweet. “You know that we know the truth ⁦@ChildrensLA⁩. Years of silence in the face of injustice, when you have allowed your institution to be used for fake PR to ruin the life of a man you once honored, is inexcusable. Why not tell the truth before it’s told for you?”

“'[Heard’s] donation of the $7 million to charity is hardly the act one would expect of a gold-digger.’ -Justice Nichol,” Waldman tweeted for the first time on Jan. 1 after going dark since Oct. “But Justice Nichol never even bothered to count the nickels, instead constructing his perverse ruling around demonstrably false lies like this one.”

He also recounted that Heard insisted she donated the $7 million divorce settlement in Nov. 2018, adding that she “wanted nothing.” Waldman then shared a string of articles about the settlement, asking followers if this was a true story.

“PR cover from the ACLU and CHLA 4 years ago,” he tweeted. “⁦But did Ms Heard give ACLU $3.5 million from divorce ‘to help other women live safely and freely?’ ⁦⁦Did Ms Heard give Children’s Hospital $3.5 million divorce to ‘support lifesaving treatments for critically ill children?’”