Days before news broke that Kim Kardashian West filed for divorce from Kanye West, the 43-year-old rapper appeared to still be holding out hope of a reconciliation.

Kanye was spotted wearing his shiny wedding band while out in Malibu, California, on Wednesday. The father of four sported a head-to-toe white ensemble while holding his cellphone in his hand, making his gold wedding band clearly visible. 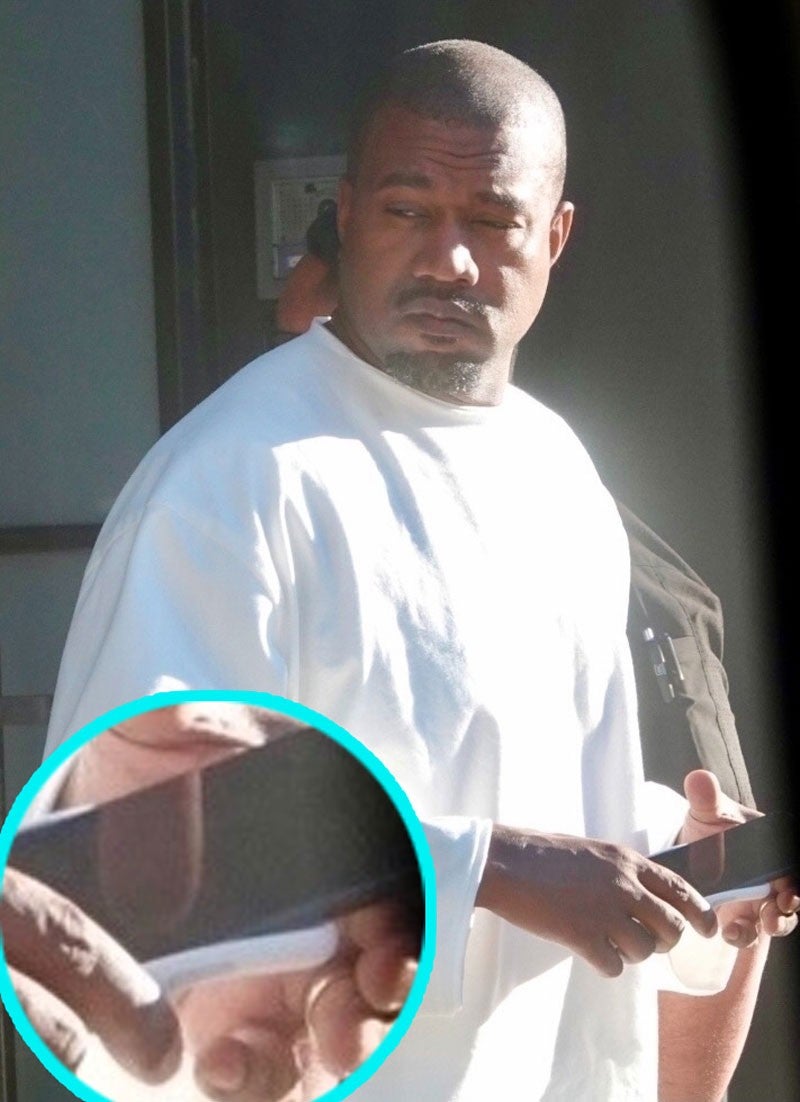 Earlier this week, source told ET that Kim was “extremely stressed out” as she and Kanye were trying to keep their marital troubles private.

“Kim and Kanye are trying their best to keep their relationship issues a private matter, especially for the sake of the kids,” the source said. “Kim is extremely stressed out right now between taking care of their children, studying to become a lawyer and figuring out her situation with Kanye in the best way possible for both their kids and for him and his mental state.”

“She is doing her best to hold it together,” the source added. “It has been overwhelming.”

Meanwhile, the 40-year-old reality star notably posed sans wedding ring back in January in new promotional posts for her Skims clothing line, which were posted to Instagram.

Speculation that Kim and Kanye could be heading for a split sparked in January. A source told ET earlier this month that while Kim was prepared to divorce Kanye, she wasn’t rushing through the process and wanted what’s best for their family.

According to that source, the pair is on solid and amicable terms, though Kim was ready for any decision she needed to make — especially when it came to the well-being of their children, 7-year-old North, 5-year-old Saint, 3-year-old Chicago and 1-year-old Psalm.

“The kids don’t know much of what’s going on because they are young, but also this isn’t new to them,” the source said. “Kim and Kanye have always been so busy traveling and in and out that Kanye not being there isn’t shocking. At the end of the day, Kim and Kanye will do what is best for their kids and are on great terms as parents.”