Kendall Jenner wants to know why Travis Scott didn’t cast her dog in his upcoming music video! The rapper offered to put Kendall’s doberman on his album cover.

Kendall Jenner, 25, hilariously commented on rapper Travis Scott’s, 29, new music video snippet on Saturday July 24 to criticize the clip for not having her dog Pyro in it. Portions of the video feature large black dogs, but Kendall joked that she was offended that the “Sicko Mode” rapper didn’t use her doberman for the video. “The fact that Pyro didn’t get casted for this,” she wrote.

Travis uploaded the music video snippet on Saturday July 24. Besides the dogs, the clip features Travis performing in front of fancy cars, on the beach and more. “SOME ONE ASK ME HOW IM STARTING TONIGHT OFF
IMA MAKING A ESCAPE. WHOS READYYY. I WANT THE RAGE TONIGHT,” Travis wrote in the video’s caption.

It’s no surprise that Kendall wanted her dog to make a cameo in the video, Travis dated her sister, Kylie Jenner, 23, from 2017 to 2019, and the pair appear to have reunited in May 2021. Travis and Kylie have a three-year-old daughter, Stormi Webster, together. Travis joked that he meant to include her dog in the video, but would give him a special place on his up-coming record. “When I was shooting this, I for sure said Pyro needed to pull up. I’m shooting pyro for the cover,” he wrote. 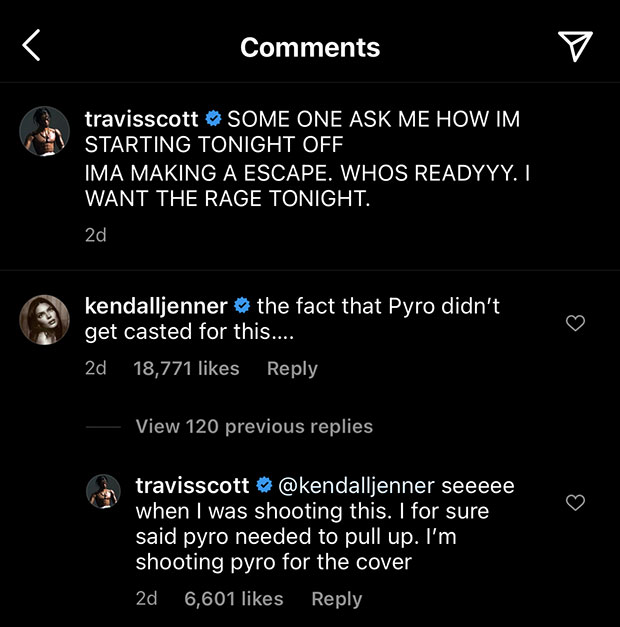 Kylie also dropped a comment on Travis’ Instagram video. She left a fire, tongue and a bunch of drooling emojis. The video is part of the lead-up to Travis’ much-anticipated new album Utopia. The long-awaited followup to 2018’s Astro World unfortunately doesn’t have a release date yet, but with the music video clip, maybe fans can expect the record to drop in the near future. 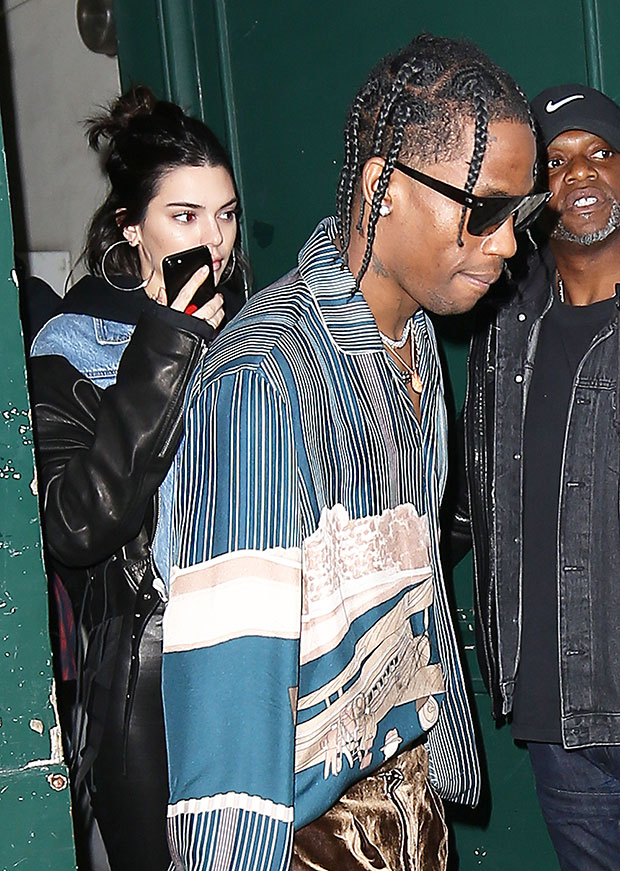 Besides preparing for the new album’s release, Travis and Kylie have kept plenty busy spending time together and with their daughter. The Kylie Cosmetics CEO posted a sweet photo of the family on Father’s Day, where she nearly gave him a kind kiss on the cheek. Back in May, Kylie, Travis and Stormi also enjoyed a family trip to DisneyLand together.