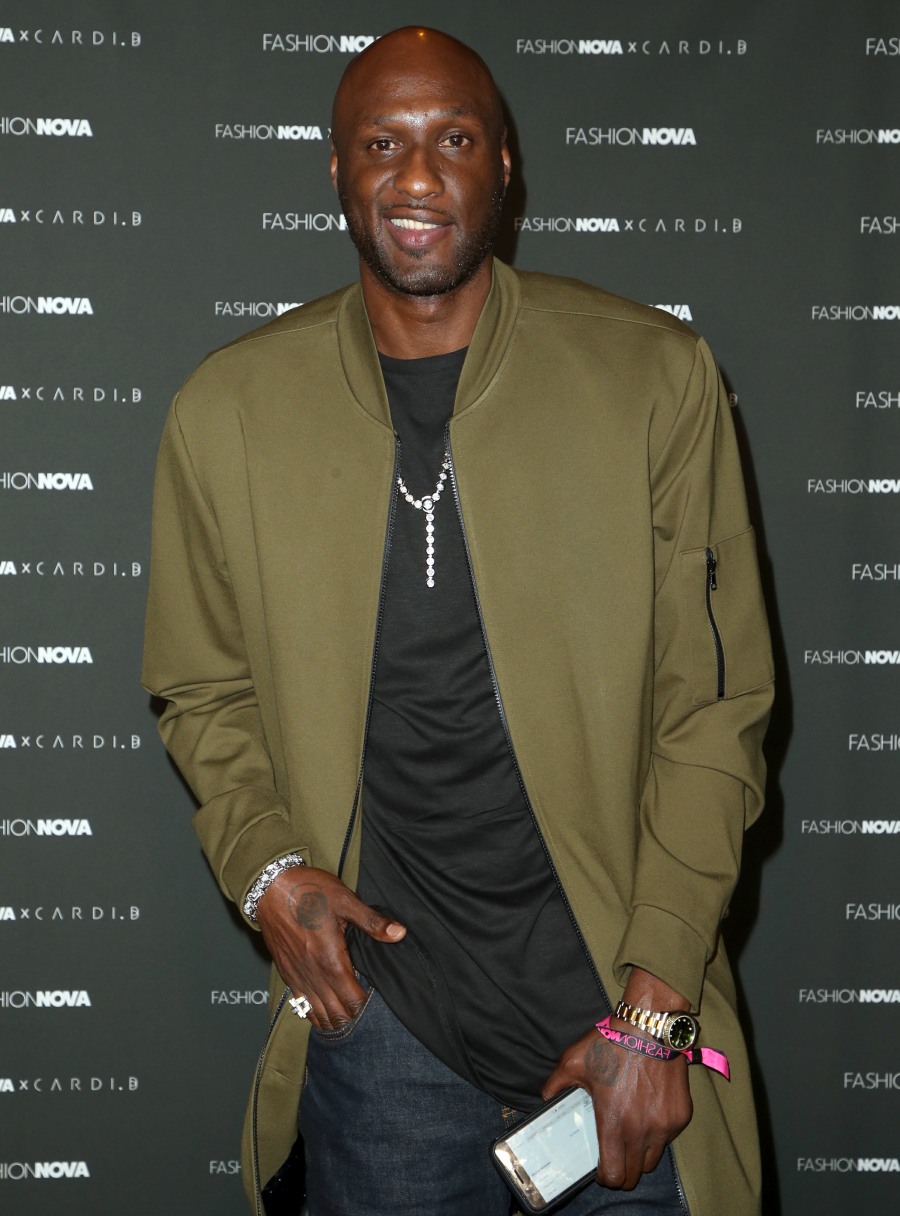 I never knew that Lamar Odom dated Taraji P. Henson back in the day. This was a year before he started dating Khloe Kardashian, so back in 2008(ish). Lamar is currently promoting his memoir Darkness to Light, and he’s revealing all about not only his marriage to Khloe, but what came before. Lamar says that he and Taraji were introduced and they immediately hit it off. She introduced him to some of her Hollywood friends too, like… Angelina Jolie and Brad Pitt. Taraji and Brad worked together on The Curious Case of Benjamin Button, and they became work-friendly, so much so that they did a double-date. Some more highlights from Lamar’s book:

The double-date: “On the night of the Golden Globes, Taraji and I went to a restaurant and had dinner with her Benjamin Button costar Brad Pitt and his wife, Angelina Jolie.” The former Los Angeles Lakers forward also recalled how Jolie, 43, told him that he and the Empire actress, 48, seemed like they were “together forever” because they had such a strong bond. The basketball player told Us Weekly exclusively on Tuesday that the 2009 double date was his “you made it” moment. Following the meal, Odom and Henson continued to the awards show where they sat “right next to” actor Forrest Whitaker. The Khloé & Lamar alum noted, “That was amazing that night.”

On Taraji: “I think just to get that love from a black woman, and their perspective of life from her point of view, was important for me at that point in time. Yeah, it was authentic, me and Taraji’s connection. It was authentic. There was no bulls—t about it. She was just such a wise woman that she could see through whatever smooth act I was trying to put on. She refused to be just another conquest, and truthfully, I didn’t want her to be….I don’t think I ever connected with another black woman as deeply as I did Taraji.”

How his relationship with Taraji ended: It fell apart when he cheated on Henson, noting, ‘I felt guilty, but I was craving immediate sex. Things were amazing, but of course, God gave me a layup and I blew it.’

[From Us Weekly & the Daily Mail]

I remember how Taraji and Brad really did get along well, so it’s not surprising that they would have organized a double-date with their partners. Angelina was like “you two are going to be together forever” and Lamar was all “Um, yeah, I gotta go.” Did anyone else think this was an odd statement though? “I don’t think I ever connected with another black woman as deeply as I did Taraji.” Does he mean that after Taraji, he only had deep connections with white women?

Photos courtesy of WENN and Getty.