It felt like the world lost a mother when Natasha Richardson passed away in 2009, but no one was hit harder by her death than her son, Micheál Richardson.

Now, over a decade later, the 25-year-old is opening up about The Parent Trap star’s unexpected death from a brain hemorrhage following a skiing accident; unsurprisingly, he’s still having trouble wrapping his head around the tragedy.

In an interview with Vanity Fair, the young actor first recalled his feelings at the time of his mom’s death when he was just 13, telling the mag:

“I think the pain was a little too overwhelming. I think the mind is very powerful, and subconsciously, or unconsciously, it can protect you. That’s what it did when she passed. I just pushed it aside and didn’t want to deal with it.”

Sadly, Micheál — who is also the son of Liam Neeson — said he still has trouble fully processing his mother’s passing to this day. He continued:

“I don’t, even still, think that I’ve fully comprehended it, and that seems to be a similar journey to a lot of people I’ve spoken to. 50-year-olds who lost their parents when they were 12, 13… One day they’re out gardening, and something comes over them and they just break down.”

So heartbreaking to think about.

Still, the actor is grateful that his mother lived the life she lived, because it means she’s immortalized on film — and many fans will be delighted to know that, according to Micheál, Natasha was much like the character she played in The Parent Trap.

When asked about his favorite of his mom’s roles, he said:

“Just based off of who she is and how I remember her, it has to be The Parent Trap. That’s more or less what she was like. She was this sweet, amazing mother figure, my best friend… She had these amazing, big welcomes when we’d come home or she would come home … I’m so lucky because I have her captured on film.”

And in the years since, Micheál has been honoring his mother by following in her acting footsteps — despite his dad’s attempts to talk him out of pursuing an acting career. The Taken star actually spoke on this in 2017, telling ET:

Micheál ignored his dad’s warnings, though, and went on to play Liam’s onscreen son in 2019’s Cold Pursuit before starring alongside his dad again in the film Made In Italy, which will be released next month. 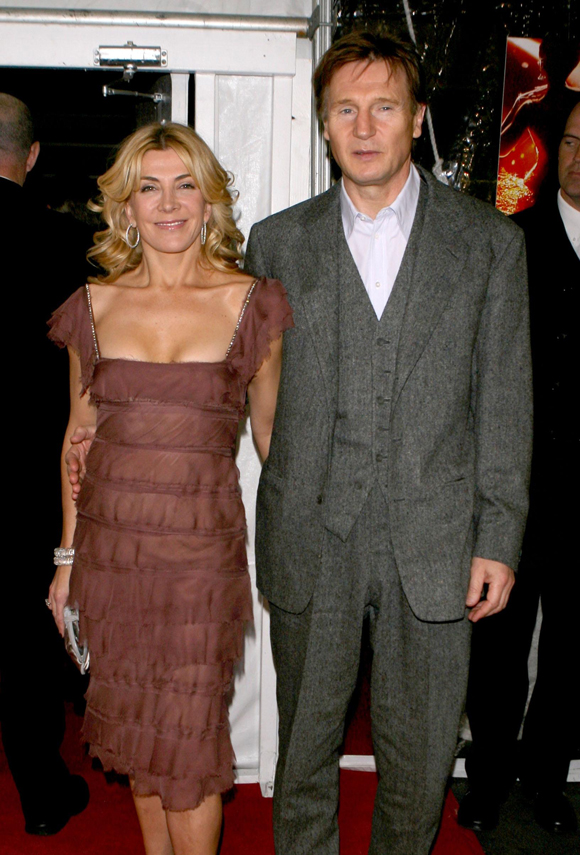 The upcoming film struck a chord with Micheál and Liam, as it follows a father and son struggling to deal with the unexpected death of their wife and mother, respectively.

Micheál recalled of his dad handing him the script:

“He had this look in his eye. He was like, ‘I want you to read this.’ He didn’t say anything else. The parallels were so apparent that it felt like my mom, in a spiritual sense, had a hand in it.”

Wherever Natasha is, we’re sure she’s proud of the young man her son grew up to be.