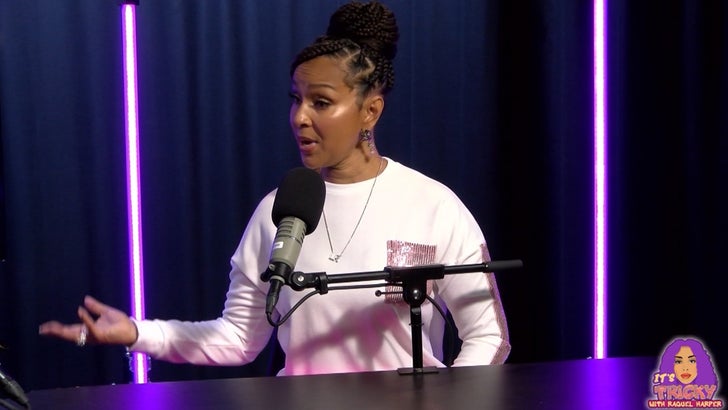 LisaRaye McCoy is laying down some surprising facts about Da Brat‘s pregnancy … saying she didn’t even get a call her sister’s expecting!

The actress was on the new podcast “It’s Tricky with Raquel Harper” when she opened up about her rough relationship with her sister. It all spilled out when Raq asked how she felt about Brat having a baby.

You gotta see this … LR took a moment, and then dropped a one-word response, “Wonderful.” The tension was obvious as she explained she found out about the baby news on social media. 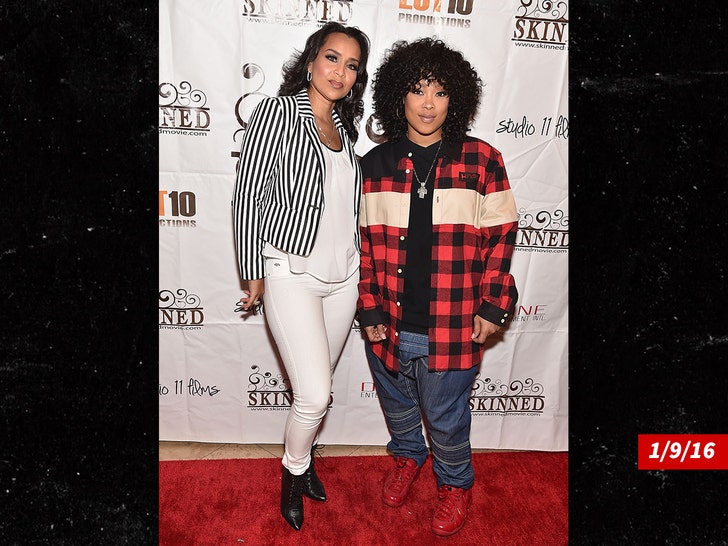 LisaRaye was visibly upset, and said the whole ordeal “takes me back” … a clear reference to the last time the sisters got together publicly — on LisaRaye’s Fox Soul show, “Cocktails with Queens.”

McCoy was celebrating her 53rd birthday, and Da Brat made a surprise appearance. What started as a sweet tribute to the Chicago natives’ childhood ended with LR getting irate with Brat.

LisaRaye was crying and speaking directly to her sister about not talking for months … when co-host Vivica A. Fox attempted to get LisaRaye to enjoy her birthday wishes, but she angrily said to her co-hosts, “I don’t give a **** what y’all saying at all.”

It was far from a warm fuzzy ending, and probably explains why she learned about Brat’s pregnancy online.

To get LisaRaye’s full convo with Raq, make sure you follow “It’s Tricky with Raquel Harper” on Apple, Spotify or Google podcasts, or wherever you get your pods. There’s a new episode every week!