Lori Harvey and Michael B. Jordan have jetted off on a tropical vacation, and put on a loved-up display in a series of pics and videos.

Michael B. Jordan and Lori Harvey looked more loved-up than ever when they posed together on “baecation”. The 24-year-old model and her 34-year-old actor beau jetted off on a tropical getaway, and were seen soaking up the sun on July 4. Lori took to her Instagram Story to share multiple snaps, including a pic of herself in a leopard print bikini and layered gold necklaces, which highlighted her toned figure.

She also posted a video while at dinner with Michael on July 3, showing the Black Panther actor’s hand gently caressing her leg underneath the table. For the outing, he wore a brown button down, and accessorized with plenty of bling. “Always eating,” Lori captioned another video, which showed her beau sitting at a table while rocking a red floral top and stylish shades. Although it’s clear the couple were somewhere tropical, Lori didn’t divulge their location.

The brunette beauty, who is the step daughter of Steve Harvey, was first linked to the actor once dubbed the ‘Hottest Man Alive’ in late 2020. The lovebirds confirmed their romance on Instagram in January, and since then, they’ve been spotted going on various date nights and packing on the PDA. Michael recently opened up about why he decided to confirm the relationship to the public. 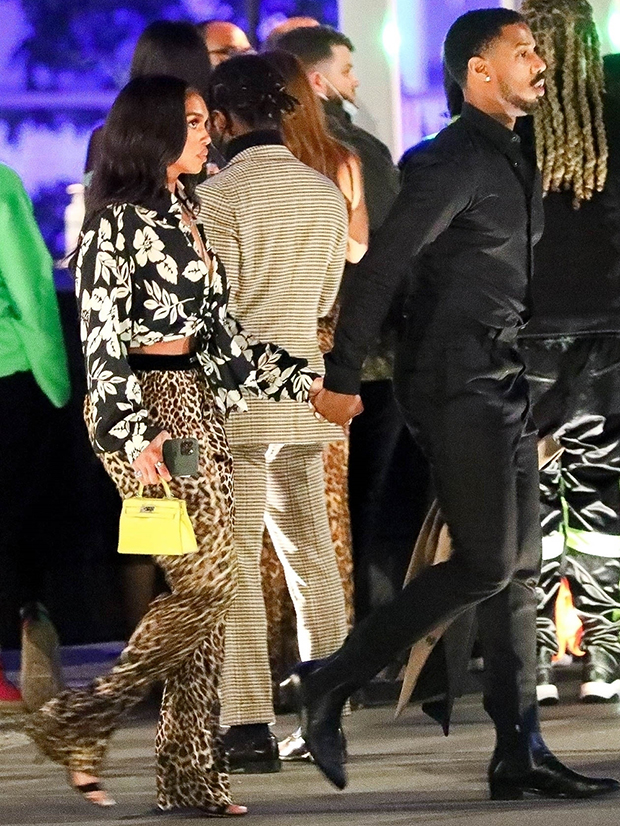 “I’m still private, and I want to protect that, but it just felt like it was a moment of just wanting to put it out there and move on,” he told People. “I am extremely happy. I think when you get older, you feel more comfortable about the [public nature pf the business that we’re in,” he added. “So, for me, it was a moment to, I guess, take ownership of that and then get back to work.”

Michael also revealed he was taking “time” before having kids. During an interview on The Ellen DeGeneres Show, he discussed a name tradition in his family, and his plans for his future children. “I am breaking that circle right there,” he said as the audience laughed. “It’s too much. The pressure I had to live up to my dad’s name and I’m not gonna put that on my kid … I’m gonna give him his own identity. He’s gotta walk in his own shoes.”