Cat Deeley has replaced Lorraine Kelly on her self-titled ITV daytime show this week as the programme’s replacement presenter. ITV viewers were left divided on Easter Monday after the 44-year-old made her hosting debut.

It comes as people shared their delight at seeing the SM:TV Live legend’s return to UK screens after her stint on US television.

Cat appeared to be in high spirits as she took the reins on the morning programme.

The mum-of-two looked chic as she hosted the ITV show in tight PVC trousers teamed with a grey top.

However, viewers were quick to react to her presenting debut with some social media user’s branding Cat as “too happy”. 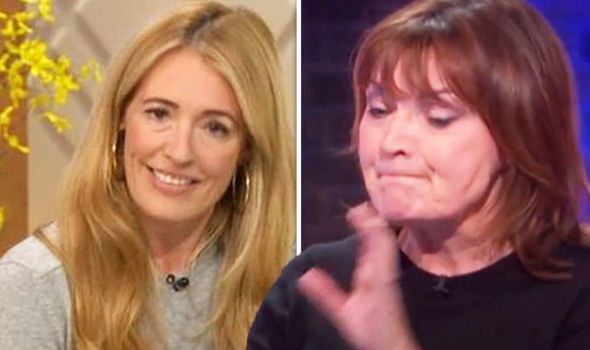 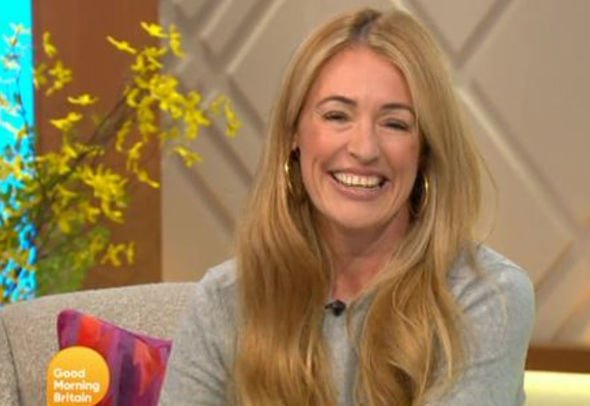 One viewer complained: “Cat Deeley is too happy. I’m crabby in the morning, can’t be doing with wind-up toys like that.”

Another commented: “Cat Deeley is too happy and nice.”

While a third added: “Not feeling Cat Deeley presenting Lorraine.”

Lorraine has since taken to social media and offered her support to her temporary replacement as she penned a heartfelt post. 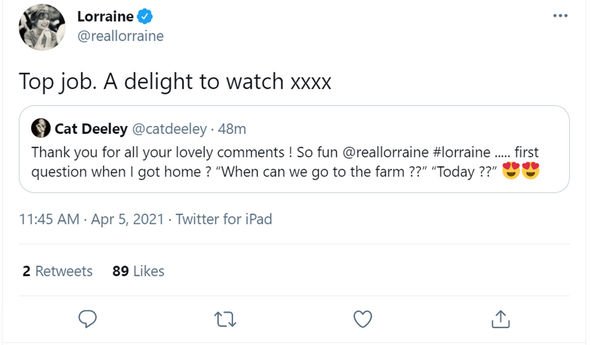 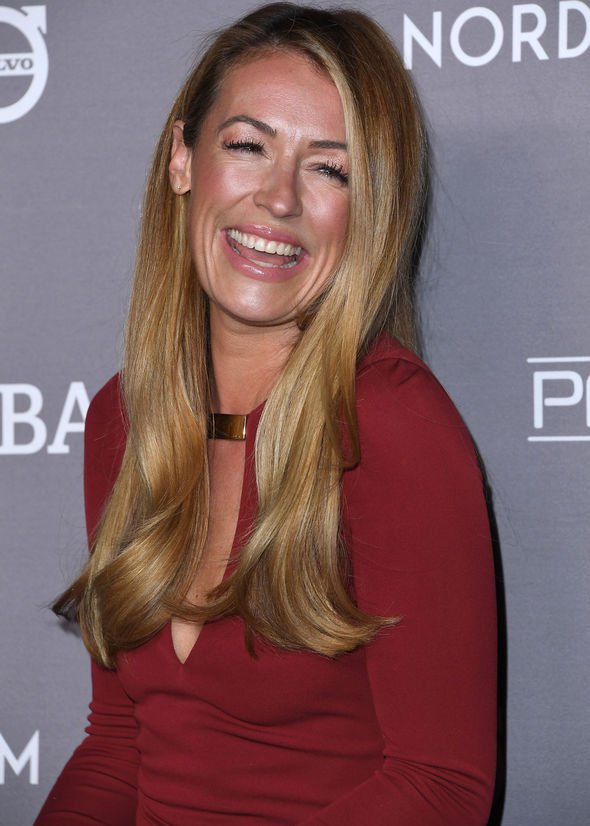 The TV star retweeted a message from Cat which read: “Thank you for all your lovely comments! So fun @reallorraine #lorraine ….. first question when I got home? ‘When can we go to the farm?’ ‘Today?'”

Other viewers praised Cat’s appearance as they shared their excitement to see the host back on TV.

One wrote: “Something very warm and comforting about seeing Cat Deeley on TV again. As if we’re back in 2001 and the world isn’t collapsing.”

“I love Cat Deeley. So refreshing,” another person commented.

A third shared: “Really, really enjoying Cat Deeley on our screens again. A brilliant natural presenter. Looking forward to the rest of the week #Lorraine #ITV.”

“More Cat @catdeeley and Stacey @StaceySolomon in the mornings,” another remarked.

Announcing the news last week, Victoria Kennedy, Editor of Lorraine, said: “Next week the lovely Cat Deeley will take to the helm of Lorraine, providing viewers at home with much-needed Easter enjoyment.

“As a huge fan of SM:TV, I’m more than just a bit delighted.

“And of course we look forward to welcoming Ranvir [Singh] back too. We’ve got a great line-up of Easter guests joining us.”

Cat previously hosted SM:TV Live from 1998 alongside Ant McPartlin and Declan Donnelly until 2003.

Lorraine airs weekdays from 9am.