Love Island star Amy Hart is desperate to win, after a rich boyfriend and faking her sweet and innocent act, claims a pageant worker who says she has known her for years. 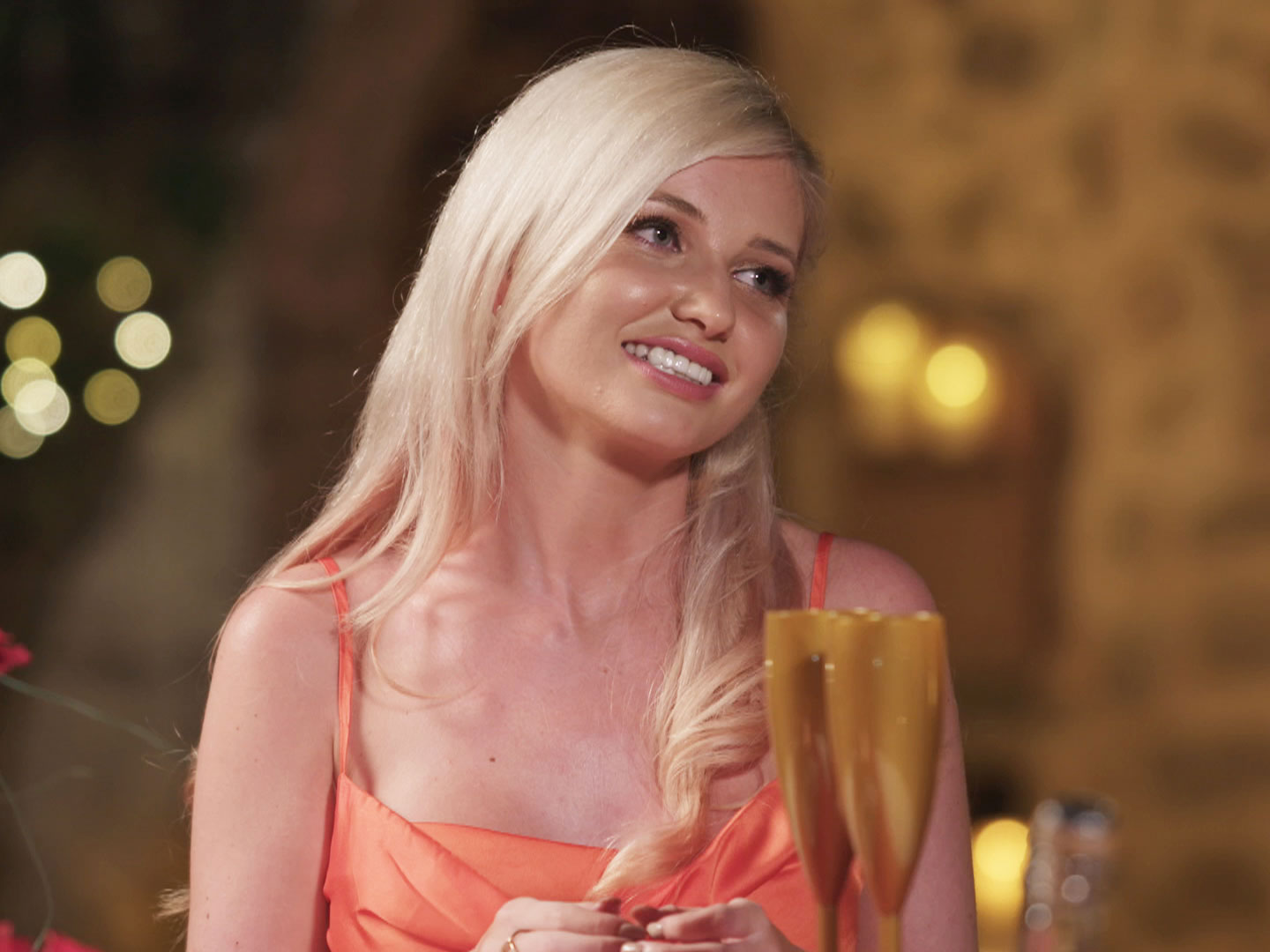 The former air hostess is currently coupled up with pro dancer, Curtis Pritchard, and was seemingly liked by viewers at the start of the series.

However, as her time in the villa went on, the 26-year-old who has admitted to never having a boyfriend, got into a couple of spats with co-star Lucie Donlan.

After criticising the stunning surfer for not spending time with the girls of the villa and pulling a few rather unimpressed looking faces when Lucie was saved from being dumped, it looks like Amy has gone down in the estimations of those who were once her fans.

She and Curtis failed to gain a place in the top three most popular couples, voted for by the public last week. 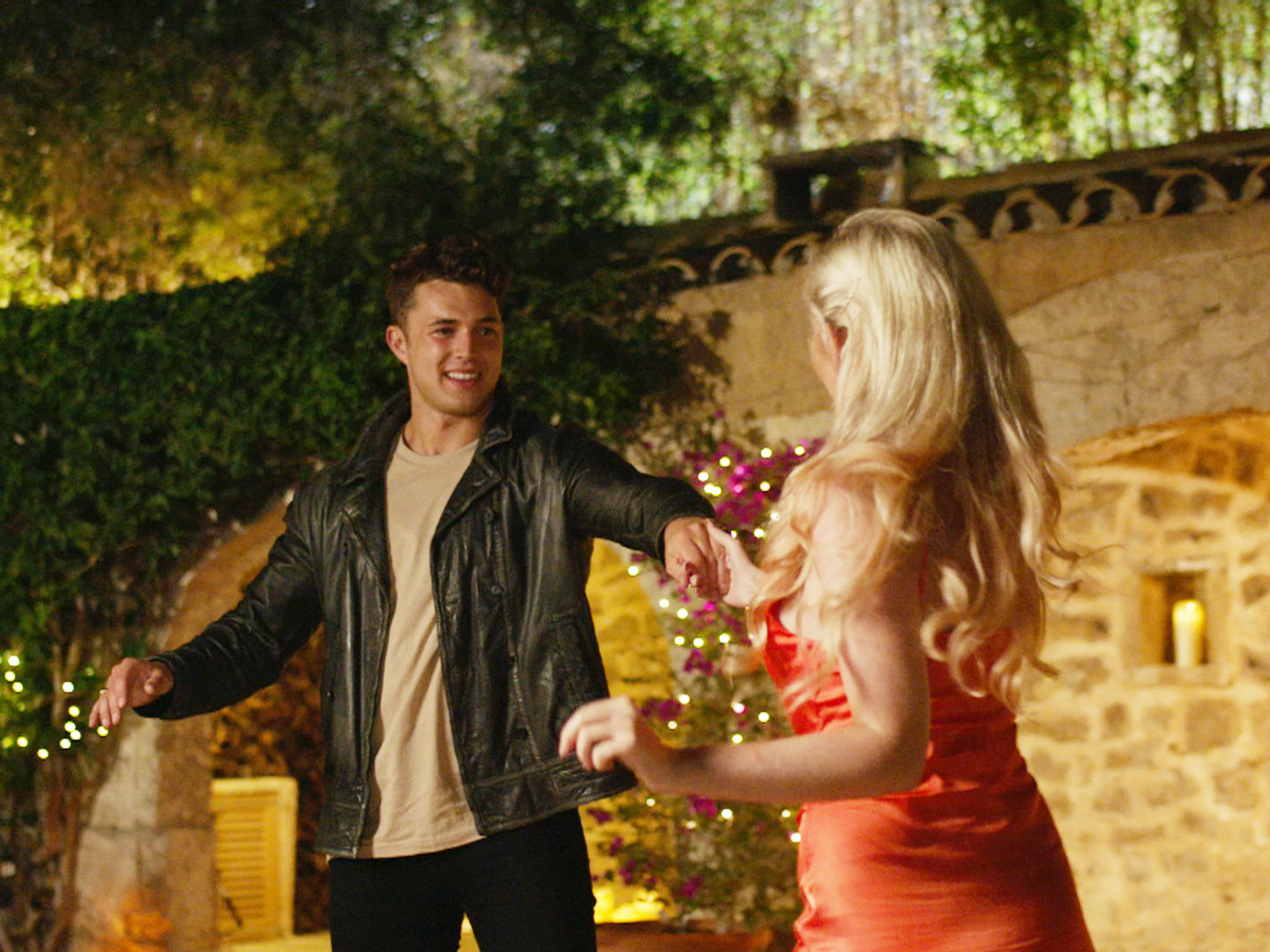 Now, Anne Grays, 31, from Kent, who knows Amy from her pageant days has alleged that her moments of nastiness in the villa give a glimpse into her true nature.

She said: ‘I have watched Amy compete in pageants for quite some time and this sneaky and b****y side of hers is something that I recognised.’

Having met Amy when they both competed in a regional heat in Folkestone, Anne dished the dirt on the blonde beauty’s attitude during the contests.

Sometimes goodbye, though it hurts, in your heart is the only way to make way for destiny…..Doors to manual and cross check for the very. Last. Time. ? yes after 8 years of causing havoc, hosting parties at 35,000 feet, channeling my inner Elton, writing hits such as ‘dead on the jumpseat’ and ‘five years gold’, rolling out the Amz experience worldwide and being the queen of the party bag, I’m reluctantly hanging up my wings to start a new adventure. Opportunities like this don’t come round every day and they’ll always need people to fly planes so, perhaps it’s not goodbye and just ‘til we meet again’. All I can say to my Gatwick guys and girls is thank you. Thank you for the laughs, the tears, the deep and meaningfuls at 3am and for being my family for the last 8 years. I love you all dearly and will miss you all. It truly is the best job in the world. Stick together, look after each other and fly safe. Lady Cabinmanageress Hart over and out. 2011-2019 ?? GATWICK TIL I DIE ??

Speaking to The Sun, she continued: ‘As a group of young women we found she definitely saw herself above anyone else and didn’t go out of her way to integrate with the other girls.

‘She would only want to speak if it was “me, me, me”. She didn’t want to get involved with the girls.’

Today I will be mainly winging it??‍♀️

Anne then compared Amy to spoilt Charlie And The Chocolate Factory character Veruca Salt and described her as a ‘title grabber’ in the world of beauty pageants, spilling that she ‘didn’t care’ what titles she gained as long she won some awards.

She went on to describe how Amy’s sour side would emerge if she failed to succeed in the glam competitions, detailing the time she experienced disappointment at the Face Of Europe event, Anne alleged: ‘She was highly critical of the previous heat, bitching about the state of the girls, how the directors were really mean and how she thought a lot of them were minging.

First Class end to a First Class week! Thank you all for the amazing lovely messages you’ve sent over the last week, your support is everything ❤️ Looking forward to my year as Miss International Beautiful and can’t wait to get back it to as many events as possible! Now to enjoy the last 9 hours of it all being about me before wedding fever hits! ?

‘When she didn’t place, she literally stormed off without changing and left without a word to anyone.

‘When she didn’t win, it was dummy thrown out.’

??Crowning around ??Just 3 months til I go to America to compete again and hopefully nab the big crown this time! My favourite part of the whole Pageant shebang is getting out and about meeting people so if you are organising any community or charity events please let me know! I would love to attend! ❤️

Anne also claimed that she overheard Amy speaking about her love life, declaring she is only interested in a certain type of suitor.

‘She admitted to wanting to be a sugar baby and would only settle for someone who had money.

‘She was like “I’m happy to be a kept woman, a man’s got to be earning a certain amount before I’m even interested.”’

Watching Galaxy with mixed emotions…??‍♀️ ?Missing the Galaxy days and how amazing it was to be a tiny part of the weekend ?Looking through my Galaxy pictures remembering what it was like to be 21?absolutely buzzing to be back on stage in 16 weeks!! ??

Despite Anne’s accusations, Amy’s family told the publication: ‘We do not recognise any of these claims, and anyone that really knows Amy would say the same.

‘We are so proud of Amy and are enjoying watching her in the villa, and our only hope is that hurtful accusations like this don’t fuel the sort of negativity across social media that we do our best to rise above.’