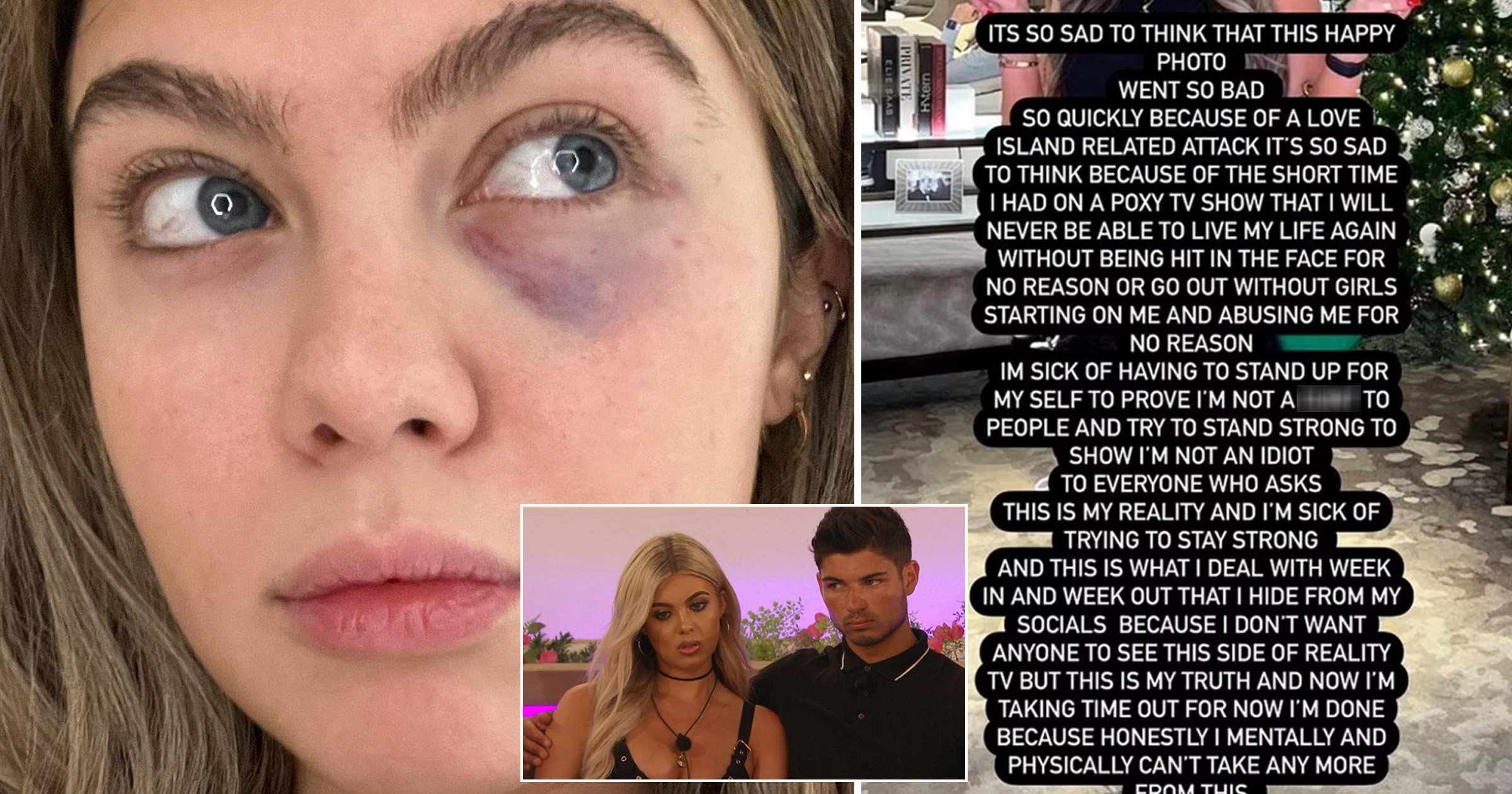 Belle Hassan has opened up about a terrifying incident in which she was ‘hit in the face’ and ‘abused’ due to her reality show fame.

The former Love Island star, 26, took to Instagram to tell her followers she was ‘started on’ by people who knew her from the show, later revealing she had been left with a black eye from the incident.

Sharing a photo she had taken earlier in the night before heading to London’s Winter Wonderland, Belle told her followers: ‘It’s so sad to think that that this happy photo went so bad so quickly because of a Love Island related attack.

‘It’s so sad to think because of the short time I had on a poxy TV show that I will never be able to live my life again without being hit in the face for no reason or go out without girls starting on me and abusing me for no reason.’

She continued: ‘I’m sick of having to stand up for myself to prove I’m not a c**t to people and try to stand strong to show I’m not an idiot to everyone who asks.

‘This is my reality and I’m sick of trying to stay strong. This is what I deal with week in and week out that I hide from my socials because I don’t want anyone to see this side of reality TV but this is my truth and now I’m taking time out for now.

‘I’m done because honestly I mentally and physically can’t take any more from this.’

Belle, who is the daughter of actor Tamer Hassan, added: ‘Right now I’m done. Tonight has really made me realise a lot.

‘I don’t want to talk. I don’t want to explain myself. When I’m ready I will be back and I will explain, but for right now I’m taking time out I hope you all can understand that and support me in this time.

‘I love you and thank everyone who has always supported me on this crazy journey. But for right now I need time to process things.’

She later added photos of her injuries, with bruising visible around her eye as she told her followers: ‘For all the controversy I have the cctv being sent and this is what has been done to me.

‘I do not know this girl and yes when I have been messaged by her I have stuck up for my self. This is the last I will say on the matter.’

Belle had found fame after appearing on the 2019 series of Love Island, where she coupled up with Anton Danyluk, though the pair later parted ways.