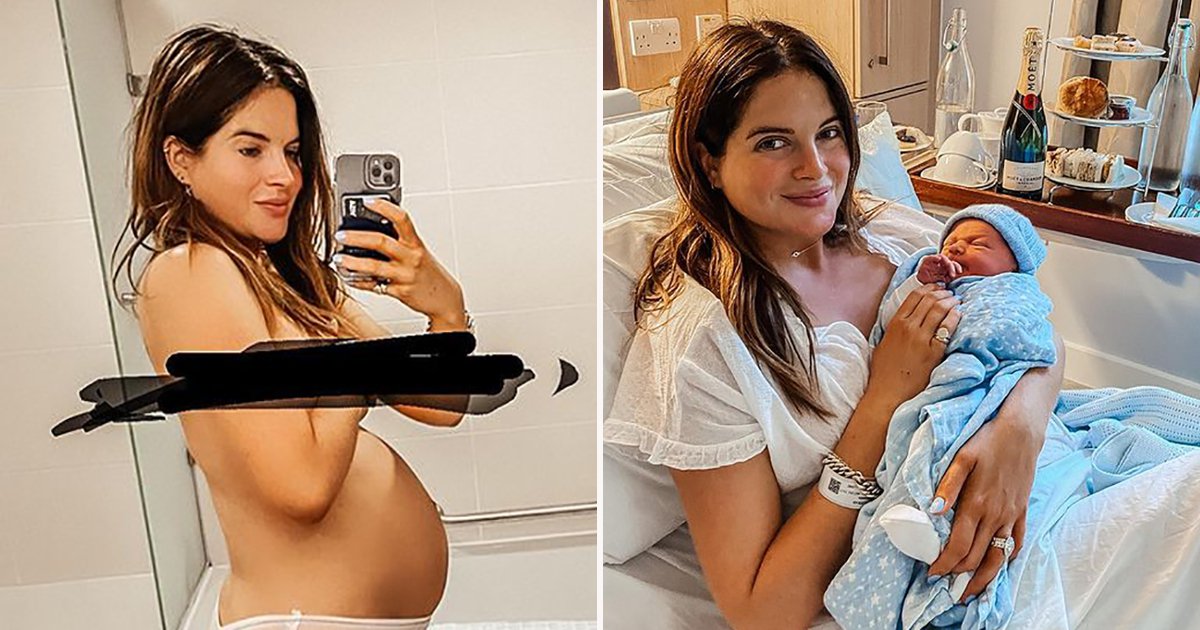 Binky Felstead has shared a refreshingly honest photo of her post-birth body, which she is proudly embracing.

The Made In Chelsea star gave birth to her second child, a baby boy, who she shares with fiance Max Darnton earlier this month.

After leaving her Instagram followers cooing over sweet photos of the newborn, Binky instead chose to show what the reality can be for a new mum who has just given birth and hasn’t immediately ‘snapped back’.

In the photo, Binky is seen taking a selfie in her underwear with her stomach on show while covering her chest with her hands. She explained in the caption: ‘This was taken the morning after giving birth. I appreciate the human body now more than ever!

‘As I’ve been through this body transformation before with India, I’ve decided to embrace it this time…. and not worry as much!’

The 31-year-old was applauded for showing the truth about being a new mum, with one follower praising: ‘You awesome girl ❤️ and thank you for sharing what reality looks like.’

Another agreed: ‘Good for you! Keeping it real ❤️ thank you.’

‘Definitely all about embracing it x,’ one fan said.

Referring to Binky’s hospital attire, one other follower wondered: ‘How do you make paper pants look good?’ as another joked: ‘Yes! And those hospital panties are the most comfortable!’

Binky announced the arrival of their bundle of joy on June 6, sharing a photo of her cradling her son in hospital and the caption: ‘Our boy!!!’ while revealing that he was born on June 4 at precisely 10:38pm and weighed 8.8lbs.

Max shared his own photo of himself holding their baby boy in a car seat with Binky beside him. ‘Home time with my champions. Proud,’ he wrote.

Binky, real name Alexandra Felstead, announced she was pregnant in December more than a year after she began dating Max.

The couple moved in together last year and Max popped the question in September.

If you’ve got a celebrity story, video or pictures get in touch with the Metro.co.uk entertainment team by emailing us [email protected]ro.co.uk, calling 020 3615 2145 or by visiting our Submit Stuff page – we’d love to hear from you.