Mary J Blige made quite the entrance at Bottega Veneta’s Salon 03 fashion presentation in Detroit, Michigan on Thursday. 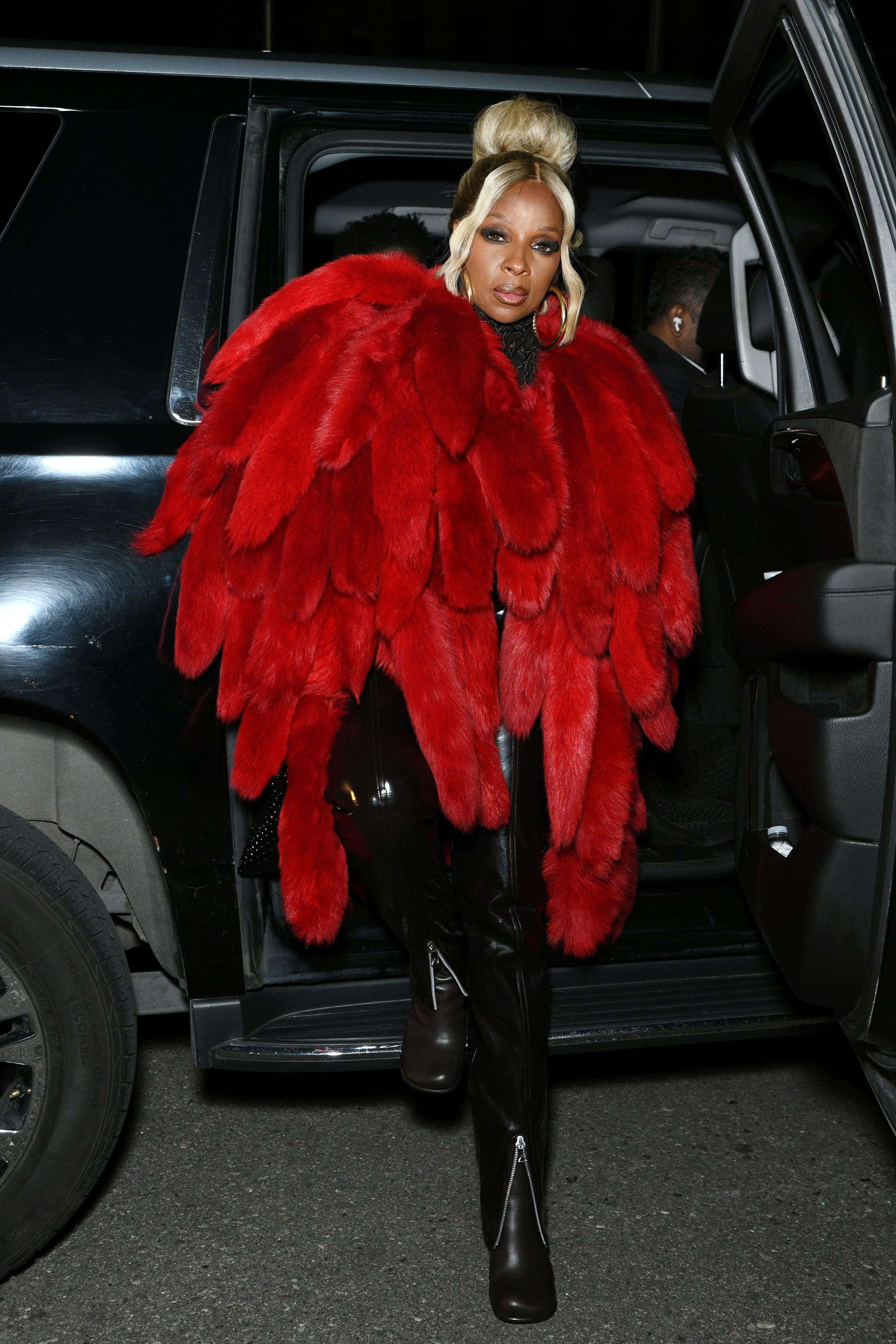 Blige was joined by a number of celebrities in attendance at the highly anticipated fashion show, including rapper (and former collaborator) Lil Kim, musicians such as Burna Boy and Kehlani, actress Zazie Beetz, and famous industry faces such as Slick Woods, Selah Marley, and Lourdes Leon (who walked the show).

Bottega Veneta’s buzzy event served as an ode to Detroit and took place at the Michigan Building, a former theater. Models strolled down the runway to a soundtrack by Detroit DJ Moodymann, who served up plenty of techno music—a genre that was birthed and boomed within the Midwest city. The brand’s designer, Daniel Lee, also opened a personally-curated pop-up shop in the city’s Corktown neighborhood that will sell exclusive Bottega goods in addition to artwork, records, and other artisanal items from some of the city’s own local creators.