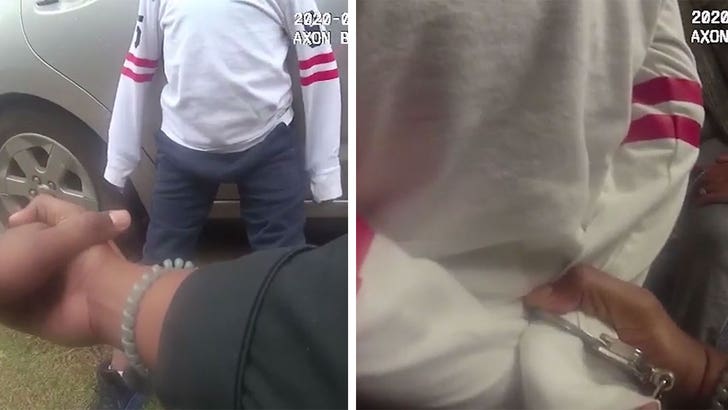 A couple of Maryland cops went overboard to send a message to a little kid who allegedly left school without permission — a disturbing encounter that’s just now seeing the light of day.

This bodycam video from the Montgomery County Police Dept. was just released, capturing an ugly incident that went down January, 2020 … when they tracked down a 5-year-old boy who was off school grounds, and proceeded to berate him to no end on camera.

It’s tough to watch this … you see a male and female officer scream in the kid’s face over and over, as they throw him in the back of a cruiser and escort him back to campus. Both say the kid deserves to be beaten and spanked by his mom.

Eventually, they end up back in an office of some sort at the school … where the kid’s mother is called in to deal with the situation. There, too, they continue to get in the boy’s face and lecture him on how “bad” he’s being … the child screams and cries throughout the ordeal.

At one point, his mom shows up … and the officers proceed to give her advice on parenting. It’s a bizarre interaction — definitely overstepping, to say the least. The icing on the cake is when they put cuffs on the kid … presumably to “scare him straight.”

That’s what a lot of people are also saying after seeing this — there are calls for the officers to be fired, not to mention for these school officials to be disciplined … as they just stood by and let this unfold. Even some Montgomery County City Council members are decrying this interaction … as has Montgomery County Public Schools, the district overseeing this place.

As for where things stand now … the mom filed suit against the police department, the county and the school district. The officers remain employed after an investigation was done.