Max Ehrich is once again addressing his split from Demi Lovato. The actor took to his Instagram story on Sunday to state that he and the songstress haven’t actually talked to each other about splitting up, and that he still loves her deeply.

Ehrich seemingly addressed the tabloid rumors and public speculation about their split, writing, “Please stop trying to ‘Thank you, next’ me,” seemingly making a reference to Ariana Grande and Pete Davidson’s high profile split in 2018.

“For I’m just a human being who has to go to work tomorrow AM where there are families with kids relying on me,” he continued.

Ehrich went on to claim that, “To this moment… we haven’t spoken over the phone… we haven’t even officially ended anything to each ohter, literally.”

“I’m here in real time with y’all,” he added. “I love Demetria and just want her to be healthy and safe.” 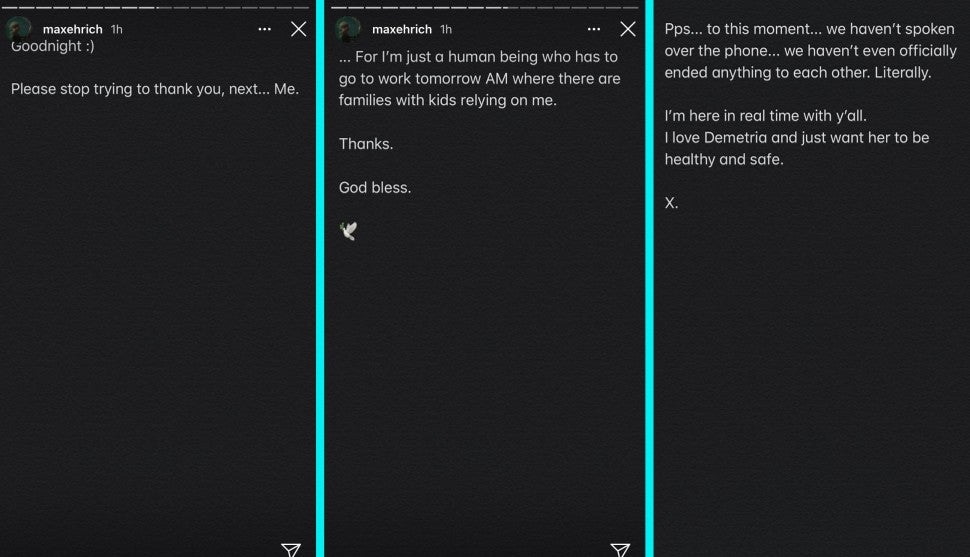 The 29-year-old Young and the Restless actor went on to address Lovato directly, sharing, “If you’re reading this… I love you always… unconditionally… no matter what.” 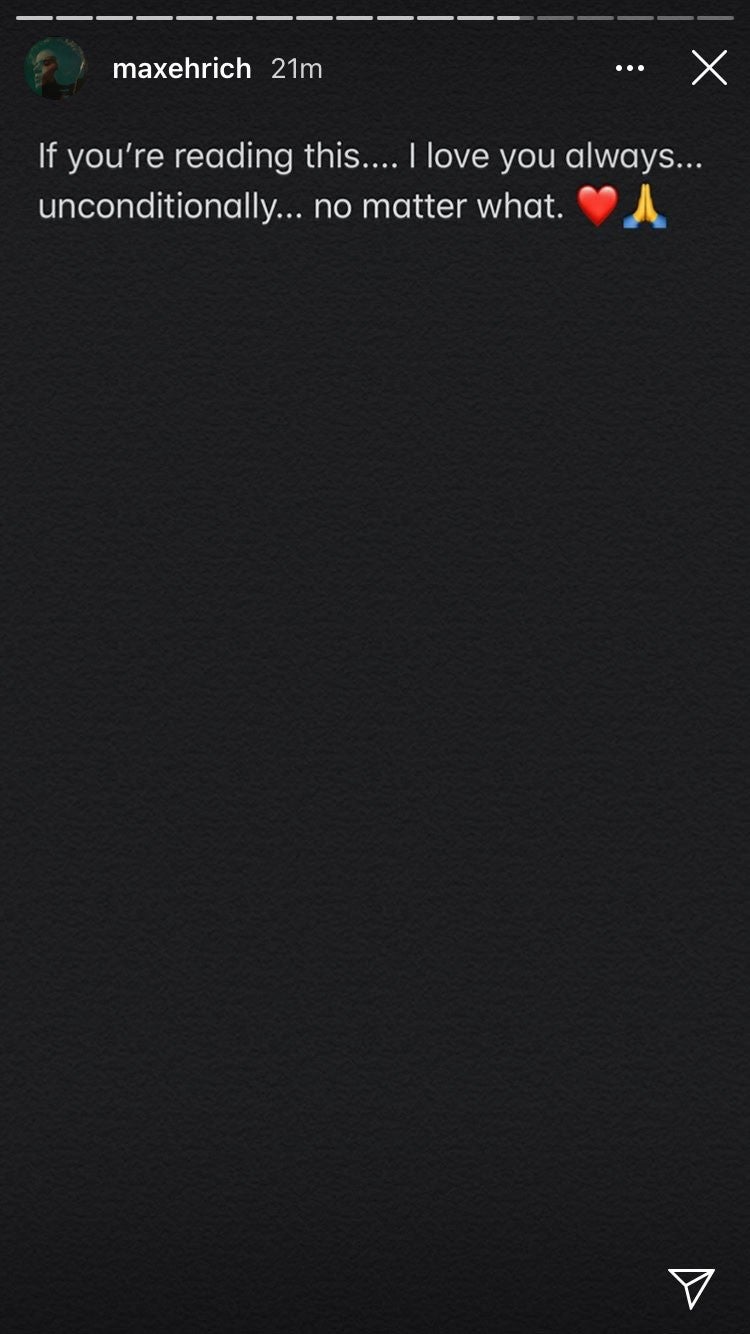 He went on to share a number of posts featuring Lovato’s songs, and shared several messages expressing his adoration for her.

Ehrich stated that he’s “respected and loved Demetria since I was 15,” and then declared that “Demetria is THEE best female vocalist alive. And everyone should know it.”

“She inspires me every day and is an INCREDIBLE human being,” he continued. “I know it’s not her writing these stories, it’s a machine. I love her unconditionally.” 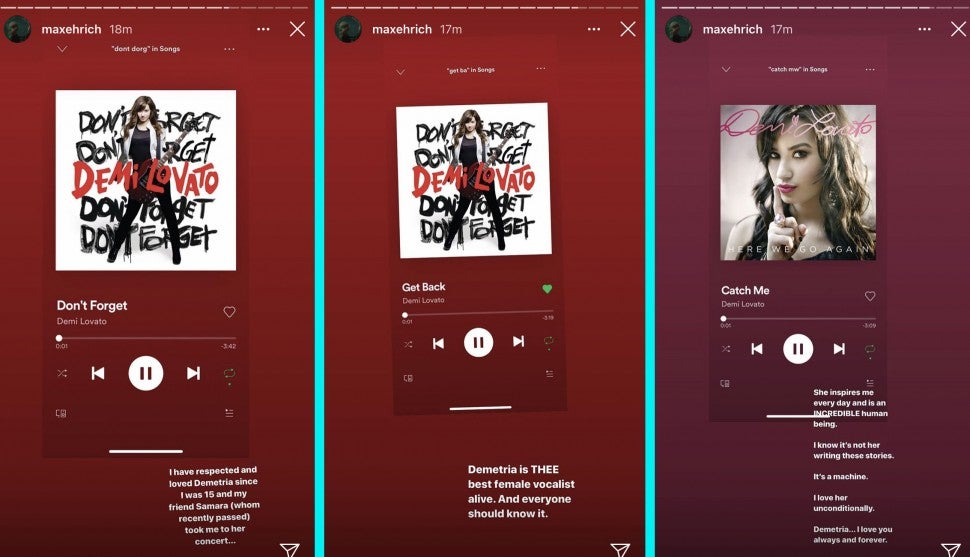 The posts come one day after Ehrich claimed that he learned about their split by reading it in a tabloid.

“Imagine finding out to (sic) the status of your relationship through a tabloid,” Ehrich, 29, wrote on Saturday in a series of Instagram Stories. “While your (sic) in the middle of filming a biopic movie about a Pastor in a Christian Church whose intention of the film is to help people.”

News broke on Thursday that the pair, who got together in March and announced their engagement in July, were splitting up.

“It was a tough decision, but Demi and Max have decided to go their separate ways to focus on their respective careers,” a source told ET on Thursday. “They have respect and love for one another and will always cherish the time they spent together.”

Shortly after the news broke, Ehrich took to Instagram, simply posting the message, “Jesus loves you.”

Lovato, on her end, has yet to speak out on the split.

For more on the pair, see below.