Just when you thought things couldn’t get more dramatic, new sources are reportedly claiming Max Ehrich’s comments about his Demi Lovato split are false. ICYMI: On Sept. 26, Ehrich took to his Instagram Stories to say that he found out about his reported split from Lovato "through a tabloid," presumably referring to the Sept. 24 People article breaking the reported news. Buuuuuuut, according to a source who reportedly spoke to E! News that same day, Ehrich is apparently being less than honest. "Demi did tell him beforehand," source reportedly shared, before reportedly noting that the actor is "just trying to stay relevant."

Ehrich seemed to be responding to the source’s reported allegations when he, once again, took to his Instagram Stories on Sept. 27, this time doubling down on his side of the story.

"I was on the set of my new movie, Southern Gospel, with crew and cast members right next to me who literally watched me open my phone where I then opened a tabloid," he in a new story posted on Sept. 27, presumably after having seen the E! News report. "This is the God’s honest truth of how I found out about the ending of the engagement and have people from my film who saw the whole thing go down and helped me get back into character to continue my job. I had cast and crew with families relying on me to do my job. That being said, please end this narrative and focus on more important issues in the world. I love and forgive everyone involved. Let us be. Let us heal. God bless." 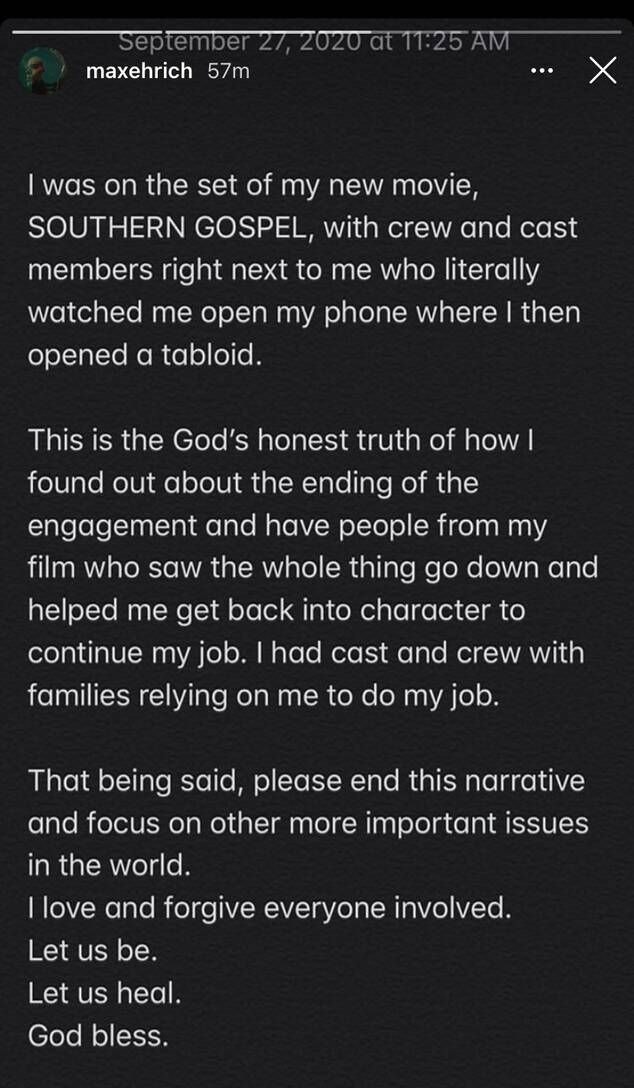 Lovato and Ehrich surprised fans across the globe when they announced their engagement on July 22, after just a few months of dating. Lovato has since deleted her Instagram sharing the news and all other traces of Ehrich from her Instagram feed.

Per a source who reportedly spoke to E! News on Sept. 24, things apparently started taking a turn for the worse before Ehrich left for Atlanta to shoot his new film. "They were arguing a lot and Demi didn’t want him to go without her," the source reportedly explained. "There has been a lot of tension and Demi left him to get a clear head." (Lovato’s reps have not responded to multiple requests for comment regarding the news of their reported split.) 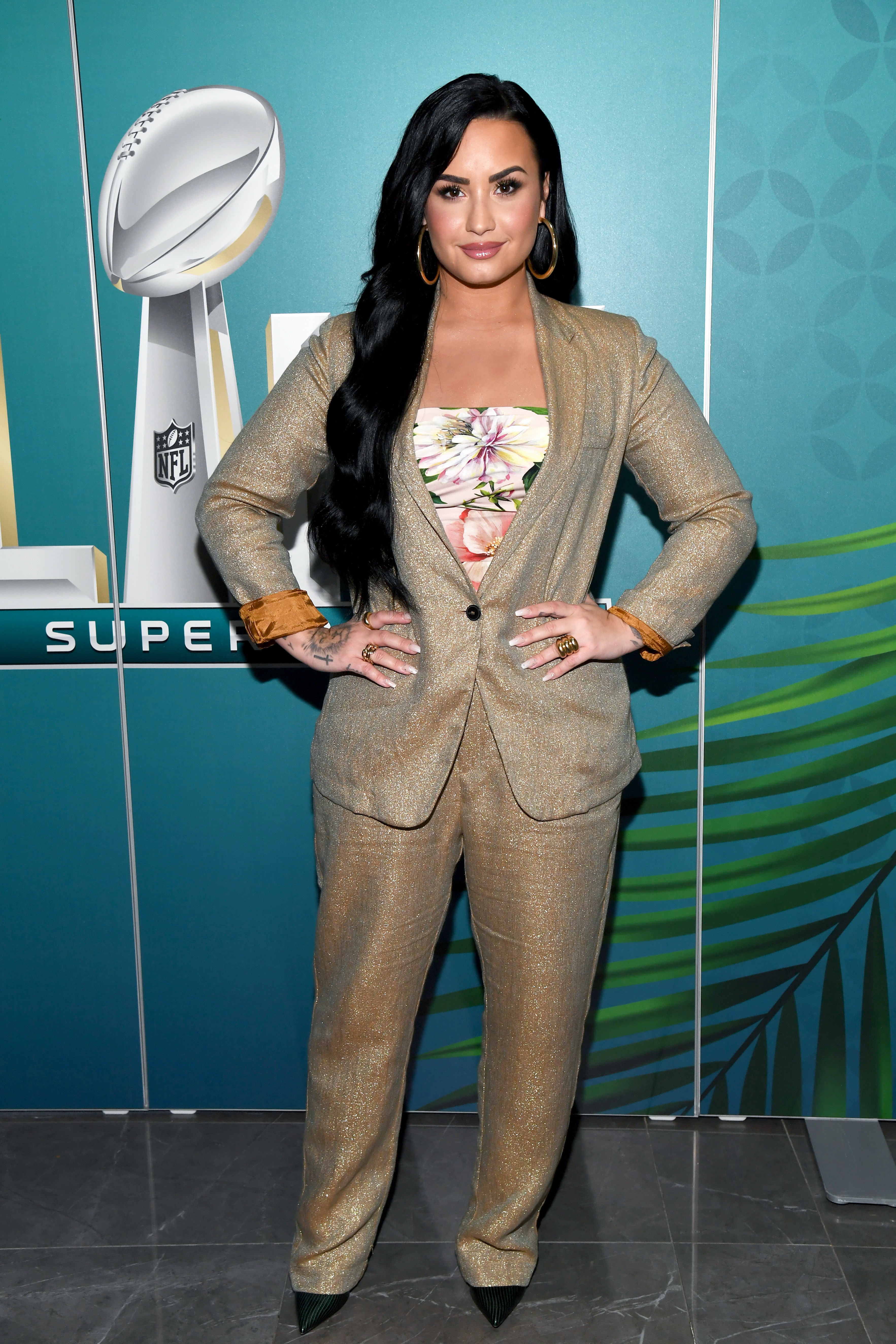 While the Atlanta trip may have been what reportedly set Lovato over the edge, it had apparently been brewing for a while. "There were many red flags she was ignoring and trying to turn a blind eye to," the source reportedly shared, adding, "she doesn’t trust him and thinks he’s sketchy."

Oof. I think it’s safe to say things really quickly took a turn for the messy here. Here’s to hoping both Lovato and Ehrich are able to move on and grow from this.