Megan Thee Stallion: ‘The pain and the bad things don’t last for long’ 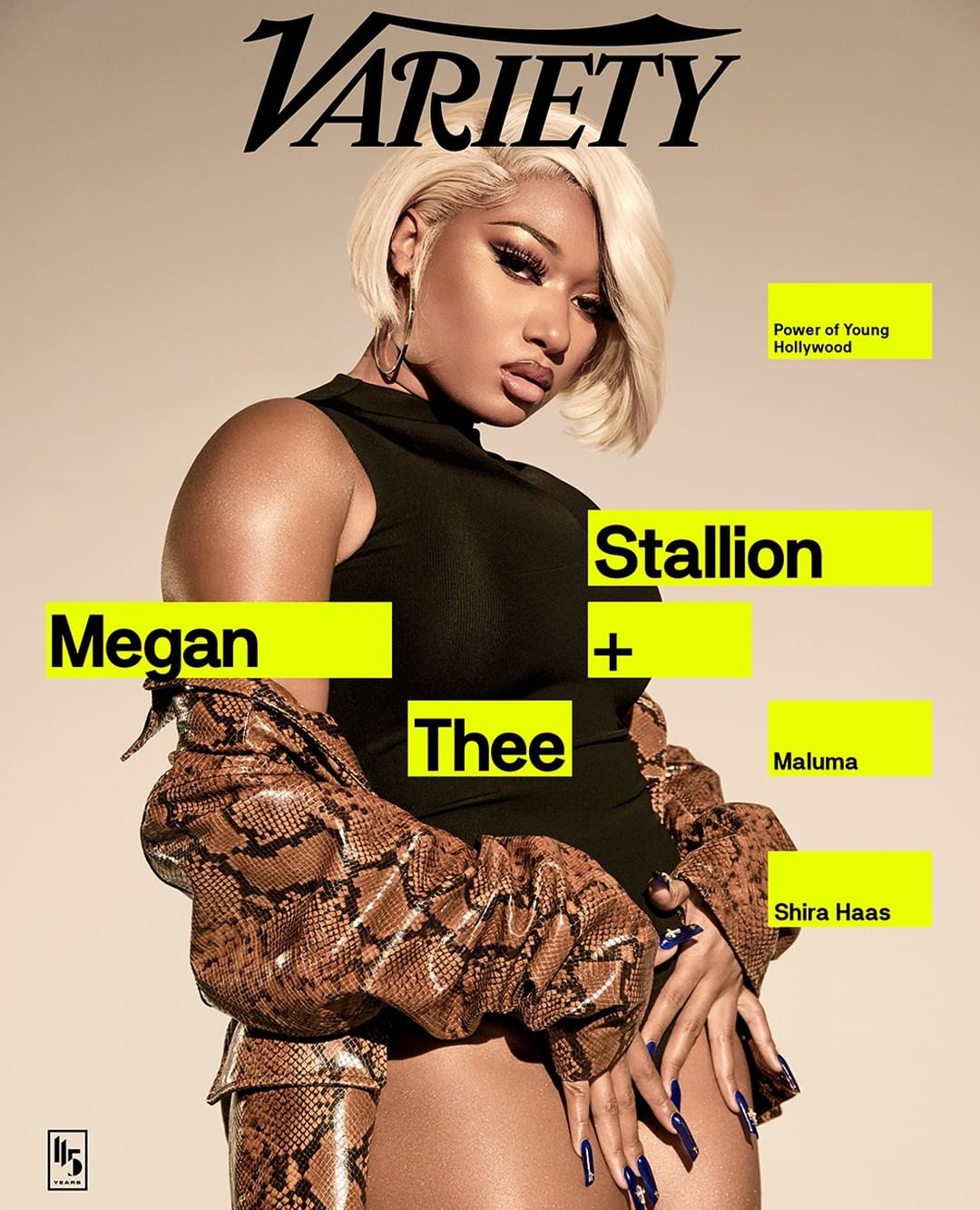 Meg the Stallion is still Hot girl Meg and her rise to female rapper stardom is not slowing down. Despite a few setbacks, namely a shady deal with her first music label and recently being shot by rapper Tory Lanez, Meg refuses to let the rain dampen her sunshine. I, personally love a bad b*tch who refuses to be kept down.

Meg covers Variety’s upcoming issue where she gives an in depth profile about her childhood growing up on Houston’s south side (not to far from the neighborhood I grew up in) and career. She’s promoting her new single “Wap” with Cardi B that’s dropping Friday, August 7, and the release of her first untitled album which should be out by the end of August. She told Variety how she learned to spit bars from her mother who moonlighted as a rapper called Holly-Wood, how she uses social media to push her career, and how she hopes to continue growing her brand through many endeavors.

On how she’s doing now
I’m not the type of person who can stay down for a long time. I don’t like to be sad or keep myself in a dark place, because I know it could be the worst thing happening, but the pain and the bad things don’t last for long.

Her approach to social media and her career
It’s nothing that’s planned out. I just get online, and my team doesn’t even know until they see it and ‘Oh sh–, look at Megan.’

I have a lot of people dancing around in my head. So in the same way that I like to introduce different personas through my music, I also want to try a lot of new things.

Her mom, grandmother and great-grandmother taught her self esteem
Because they put that in me, nobody can tell me the opposite: ‘My mom told me I was great, so that must mean I’m great!’

Her mom was a rapper on the side
I grew up watching her writing [raps] and going with her to the studio, which I thought was normal. I started writing, and I would sneak her CDs with [instrumental versions of hip-hop hits] and rap over them.

On how she got into entertaining
I’m an only child, and I spent a lot of time by myself because my mom and grandmother were always at work. so I just found ways to keep myself entertained — dancing in the mirror, listening to music loud, trying on anything I wanted to wear in the closet. I was always in my own little world, and just acted like that everywhere I went. And growing up in Texas, it’s so hot, I never even realized anyone else dressed like me until I went to a show and I saw other girls in booty shorts, bikini tops and cowboy hats.

She grew up with music by Notorious B.I.G., N.W.A and Three Six Mafia
I really loved the strong men that had the attitude, and I thought it would sound super-cool if a girl was doing it. Everybody that my mom and dad put me on musically had a man talkin’ crazy, and I was like ‘That’s gonna be me when I grow up!’

She misses anonymity
I still want to be able to walk into Walmart and buy dog food. I still want to party in the club and nobody’s recording me and no super-judgey internet police are going, ‘Shame!’ But all that comes with it, and you have to be prepared for people to be in your business, 24/7. No!

I love how Meg found her persona when she was a young child having to entertain herself while her mother and grandmother worked. As a latch key only child in the 80s, I understand entertaining oneself. I used to rap as well and write poetry as a kid. I went by the moniker Miss T(hang) but I never took it all the way like Meg. I will admit that her lyrical skills are top notch and you can tell that a lot of her sass and strength is the feminine expression of some of my favorite 90s rappers like Biggie and Three Six Mafia.

I feel she definitely brings something new to the genre and it would seem that the future of hip hop is female as many of the mainstream stars are female rappers. With that being said, I love that she is aware that all eyes are on her. I know it’ll be tough not having anonymity. She will not only use her celebrity to serve herself but use it like most Gen Z babies as a way to bring awareness. The fact that she has written music addressing BLM says a lot about her. It warms my heart that she is pursuing a degree in healthcare administration in Texas because she wants to open up an assisted living facility in honor of her grandmother and great grandmother.

Going forward, I will continue to celebrate Meg. I’m waiting for that album because the singles she’s put out so far are fire and are on major rotation in my Summer 2020 playlist.

My favorite go to make up look?

My favorite go to make up look?