Meghan Markle and Prince Harry’s nonprofit, Archewell Foundation, has teamed up with Procter & Gamble for a multiyear partnership that will support gender equality, more inclusive online spaces, and impact through athletics, the organization announced on its website today.

The priority of the collaboration is gender equality, echoing Duchess Meghan’s longtime support for women and girls since even before she was a royal. The partnership will continue to uplift the work Archewell is doing with groups such as Girls Inc. and National Women’s Law Center to “elevate the voices of adolescent girls to ensure their point of view and lived experience is heard at the tables where decisions are made.” It will also highlight P&G’s work with Promundo to empower men and boys to advocate for gender equity. P&G recently joined Archewell in supporting Harvest Home, a homeless shelter for moms-to-be, as well.

The focus on the Internet also reflects the Duke and Duchess of Sussex’s vehement stance against misinformation and online harassment. “Now, Archewell Foundation and P&G are undertaking a joint effort in support of building a better online environment that unlocks positive, compassionate, and creative spaces,” the announcement shared.

And finally, the emphasis on resilience and impact through sport underlines Harry’s ongoing work with wounded or recovering veterans, such as the Invictus Games, which he founded in 2014. It also dovetails with P&G’s sponsorship of Paralympic athletes; the partnership “will leverage the platform of Para sport to increase visibility and inclusivity.” 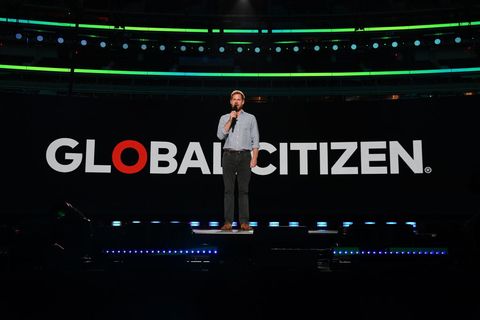 Archewell also worked with Procter & Gamble for Global Citizen’s Vax Live benefit concert on May 8, which raised more than $300 million for better global vaccine access. At the event, Harry delivered a speech on COVID-19 vaccine equity, and Meghan shared a video message about the pandemic’s disproportionate effects on women of color.

The Duke and Duchess of Sussex announced plans to start their nonprofit at the start of 2020 and revealed the name (inspired by their son, Archie Mountbatten-Windsor) last April. Since then, the organization has grown immensely, including an Archewell Audio podcast on Spotify, Archewell Productions programming on Netflix, and various charitable initiatives.