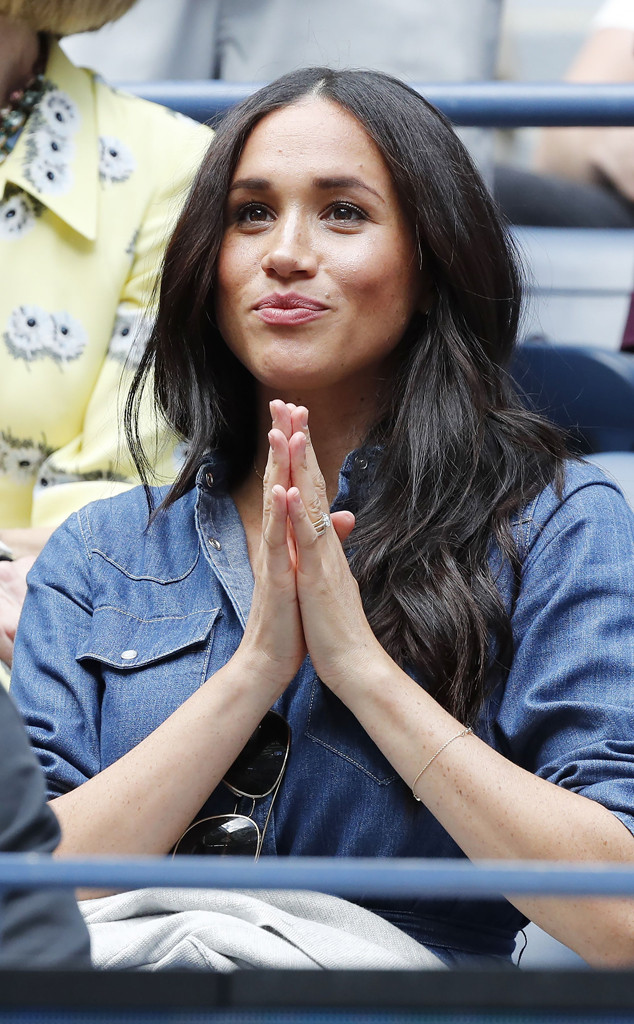 Meghan Markle is back on American soil this weekend, dressing casually and chic, letting her hair down and being in her element. And being there for her dear friend.

The 38-year-old Duchess of Sussex attended the 2019 U.S. Open in New York on Saturday to cheer on BFF Serena Williams as she faces off against Bianca Andreescu to try to secure a record-tying 24th Grand Slam singles title. Meghan was all smiles as she sat in her friend’s private box, wearing what appeared to be a $118 J.Crew denim shirtdress with a tie belt, paired with a light gray overcoat and a beige Carolina Herrera “Mariola” shoulder bag, according to Meghan’s Mirror.

Fresh off her maternity leave, Meghan had flown to New York on Friday for what marks her first solo trip abroad since giving birth to her and Prince Harry‘s son Archie Harrison in May.

At the match, she also traded her signature messy bun for long, beachy waves, which appear to have been trimmed to just over her shoulders—a shorter length than the loose style she sported in July while out with Harry and Archie, and kept a pair of sunglasses clipped onto her front.

Meghan was seen on camera joining fellow spectators in giving Williams a standing ovation as she arrived on court. During the match, she sat near and chatted with Serena’s husband Alexis Ohanian, her coach Patrick Mouratoglou and Anna Wintour. 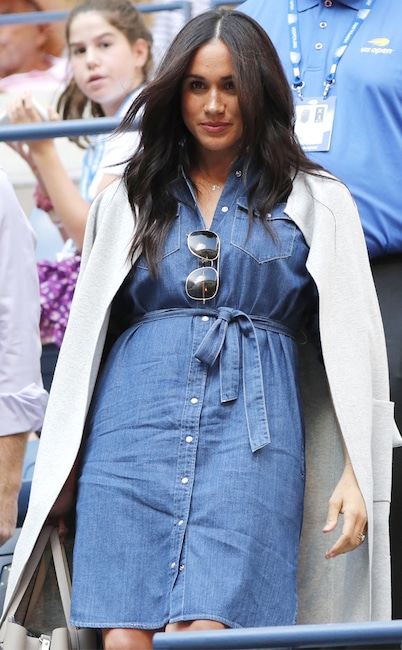 The Duchess of Sussex arrives to watch her BFF Serena Williams face off against Bianca Andreescu to try to secure a record-tying 24th Grand Slam singles title. 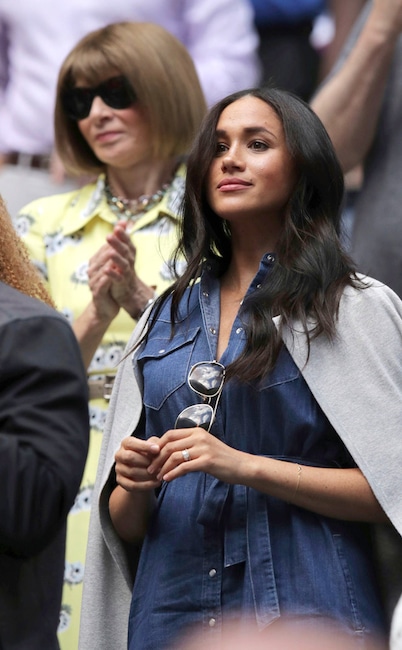 The duchess and Vogue‘s Editor-in-Chief watch Serena Williams face off against Bianca Andreescu. 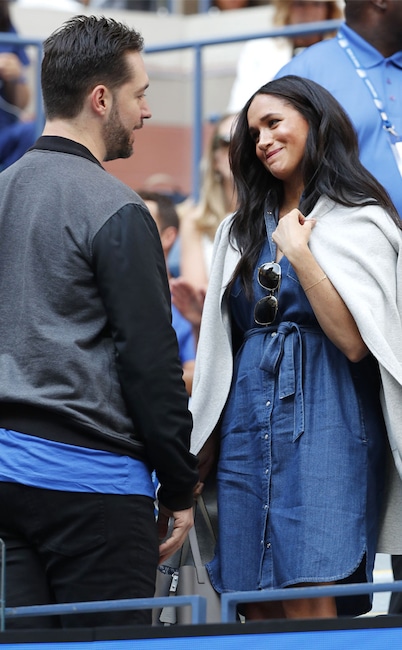 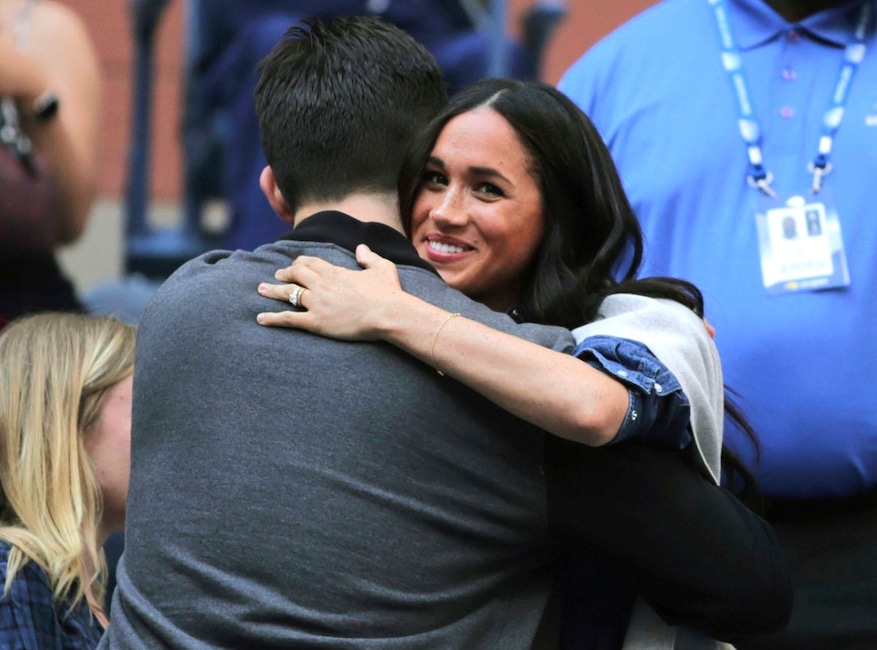 The duchess and Serena Williams‘ husband cheer on the tennis star. 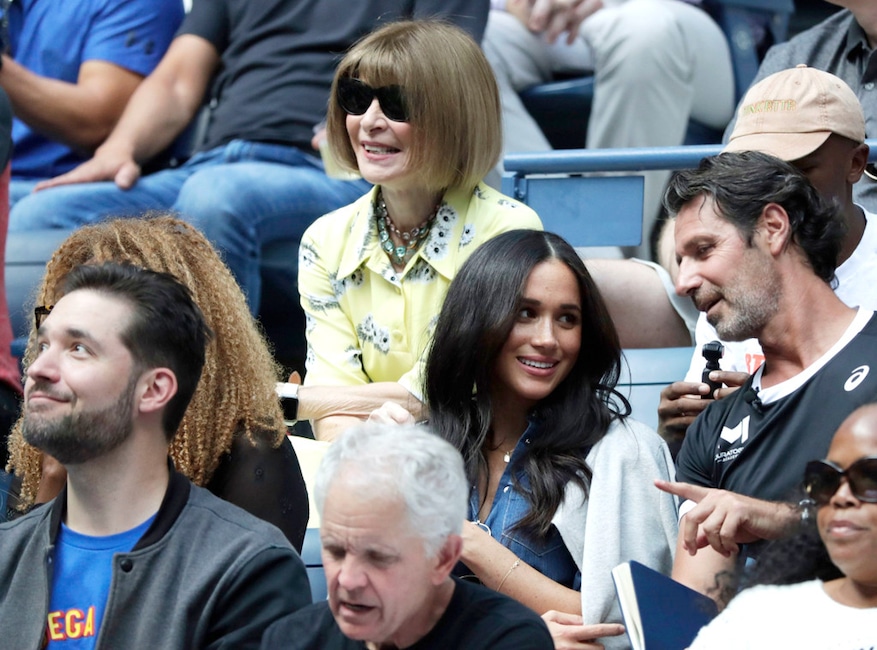 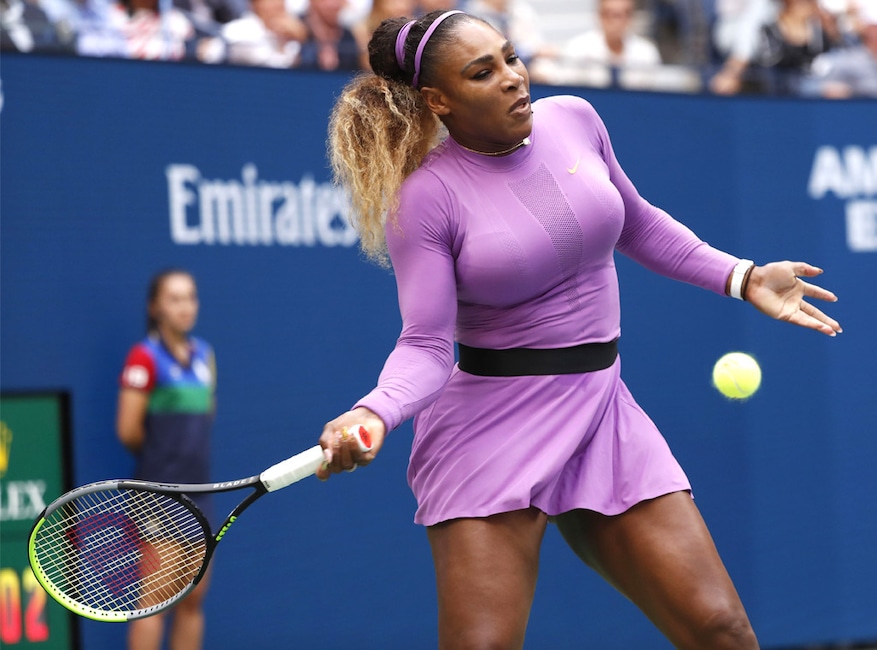 Meghan had also watched Serena compete in the 2019 Wimbledon tournament in England in July. It marked the first solo outing for the duchess since giving birth. She attended the matches with friends, as well as sister-in-law Kate Middleton and her sister Pippa Middleton.

Soon after arriving in New York on Friday, Meghan was spotted at a pretty full yoga class in a studio in the city with a friend, People reported.

“There were lots of sweet, knowing smiles” among some of the respectful patrons, a source told the magazine. “She has been going to Modo Yoga for many years and tries to do so whenever she is in New York. It was the perfect remedy for jet lag.”

Meghan’s current trip is expected to last only throughout the weekend. Later this month, she and Harry will bring Archie to South Africa for the baby’s first royal tour.